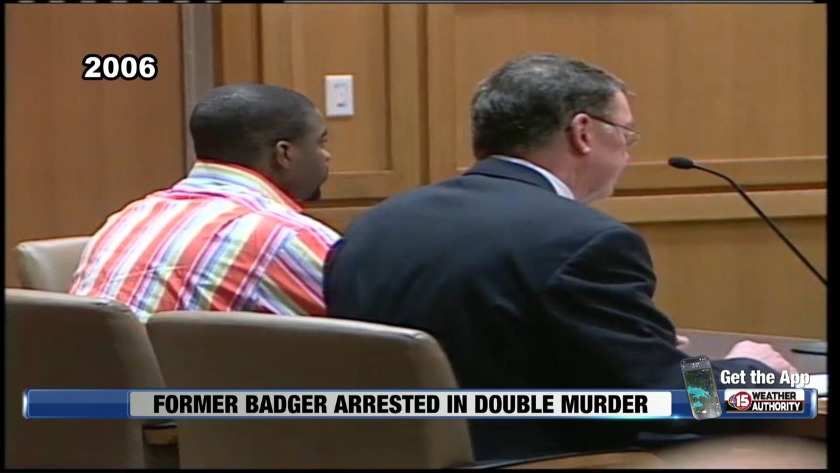 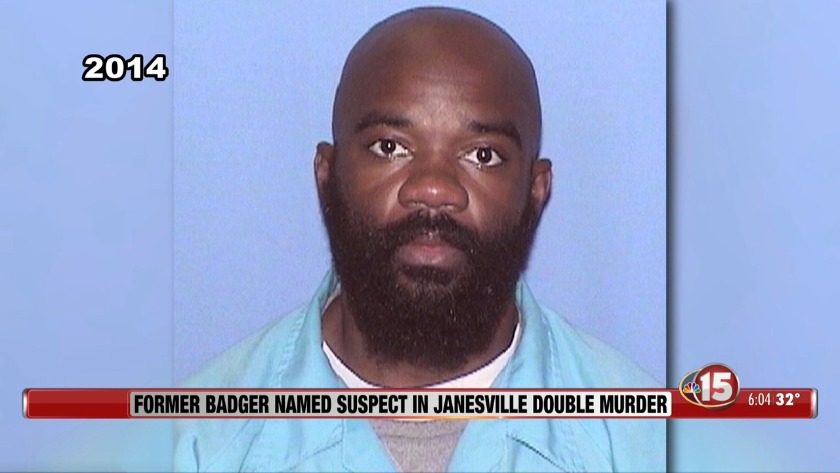 JANESVILLE, Wis. (WMTV) -- A former University of Wisconsin football player has been arrested and is facing homicide charges in connection to a double murder in Janesville.

Marcus Randle El turned himself into police in Chicago on Saturday afternoon with members of the Janesville Police Department on hand at the time. The 33-year-old Randle El is facing two counts of first degree intentional homicide.

Early Monday morning, 30-year-old Seairaha Winchester and 27-year-old Brittany McAdory were found shot near the intersection of Midvale Drive and Deerfield Drive in Janesville. They were taken to a hospital where they died.

During the news conference announcing the arrest, Lt. Charles Aagaard said investigators recovered video footage confirmed Winchester and McAdory went to the T.A. Express gas station around 2 a.m. that morning and left the store in McAdory's black Jeep Cherokee. Investigators say their evidence indicates they planned to meet with Randle El, who was also in the area.

A little more than an hour later, a passing motorist spotted the victims lying in the road, suffering from multiple gunshot wounds, Aagaard explained. They were both taken to Mercy Hospital for treatment where they both later died as a result of their injuries.

Following the shootings, Randle El allegedly drove off in McAdory's SUV, which was later found along I-294, in Justice, Illinois, which is about 30 miles northwest of Randle El's hometown of Homewood, Illinois, along that Interstate.

During Saturday’s press conference, police also said Randel El has not confessed to the crime. Investigators also said the murder weapon has not been recovered and they did not discuss a motive.

Police say the investigation is still ongoing. Anyone with information about the homicides is asked to call the Janesville Police Department at 608-757-2244. Anonymous tips can be submitted online using the P3 App or CrimeStoppers at 608-756-3636.

McAdory's friend and coworker Madison Kimble said she was a great mother and friend, even a mother she would want to have for herself. Kimble added emotions are still running high and the homicide is being felt throughout the whole community.

"She was amazing. She had a lot of impact on a lot of people, she always just cared. She didn't have to know, she would just be there for you," Kimble said. "She always cared about everyone so if I had a bad say she would say 'oh it's okay love, heads up.'"

According to online court records, Randle El was out of jail on parole at the time of the murders. He was in jail stemming from an incident in 2014. Randle El allegedly abducted his daughter at gunpoint in Cook County, Illinois. He was convicted of home invasion with a dangerous weapon, and sentenced to six years in prison in 2016.

According to the Illinois Department of Corrections, he was released on parole in October of 2018.

As a freshman at UW in March of 2005, he was arrested and charged with battery after an argument with a woman inside Ogg Hall.

Later that same year, Randle El was arrested for battery again after punching teammate during a dispute over money.

According to the Badger Herald, Randle El was sentenced to 18 months of probation and ordered to complete anger management counseling as a result of both incidents at UW.

Randle El is also the brother of Antwaan Randle El, a member of the coaching staff for the NFL team Tampa Bay Buccaneers. Antwaan was standout quarterback at the University of Indiana who went on to play in the NFL for nine years, winning a Super Bowl with the Pittsburgh Steelers in 2006.

According to sports-reference.com, Marcus Randle El caught four passes in his three-year career at UW. One of those passes was for a 29-yard touchdown vs. Temple in the Badgers 65-0 win in 2005.