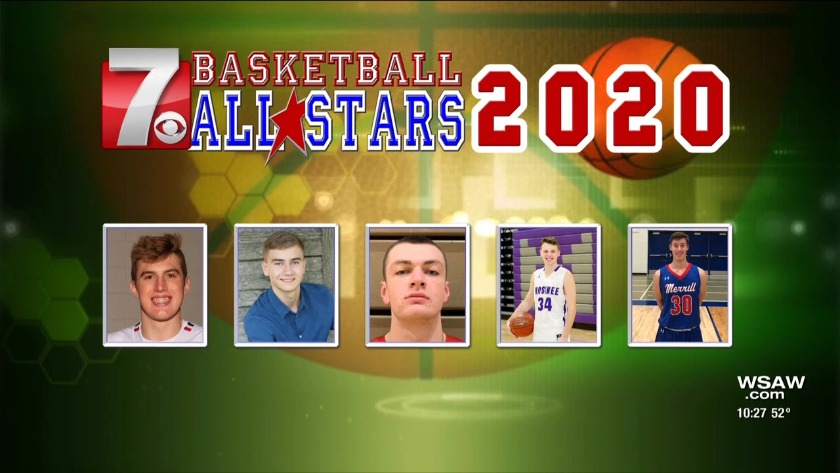 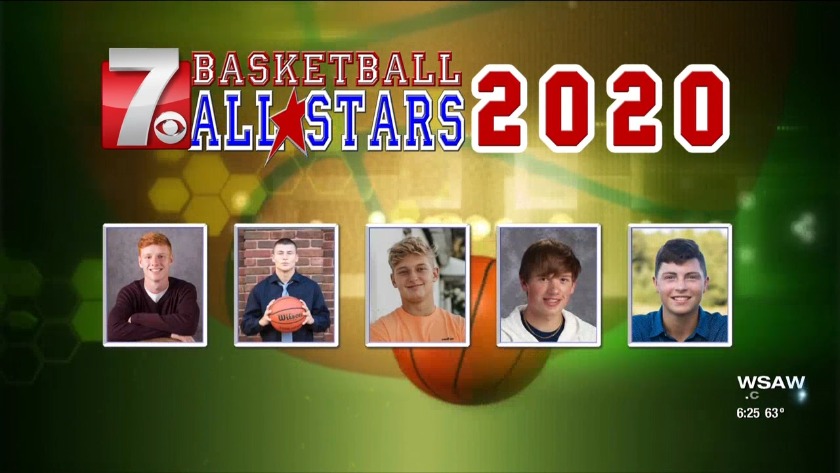 WAUSAU, Wis. (WSAW) -- We have reached the 59th year of the NewsChannel 7 Basketball All-Stars. Let’s meet the 10 boys from the small schools who have been named 2020 NewsChannel 7 All-Stars.

Merrill’s Michael Casper was automatic shooting 52 percent from the field while averaging 22.6 points a game. The Bemidji State commit grabbed 4.4 rebounds and dished out 3.6 assists a contest. The senior was also named the Wisconsin Valley Conference Player of The Year.

Let’s head southwest to Wisconsin Rapids. That’s where Grant Flory dominates the inside. Flory was second in the Valley in scoring and rebounding with 24.9 points and 8.5 rebounds a contest. He also garnered First Team All-Wisconsin Valley.

Wausau East’s Gabe Krueger will have another. He corrals his second all-star award by leading the Wisconsin Valley in scoring with 28.3 points per game and rebounding at 10.3 boards a match. The senior caps his career by garnering First Team All-Wisconsin Valley.

Evan Vollendorf of SPASH returns to our all-stars after pouring in a career high 18.6 points per game. The senior also snagged 6.5 boards and ripped 1.5 steals a match. Vollendorf shot an extremely efficient 55 percent from the field on his way to being named First Team All-Wisconsin Valley.

Stratford’s Ben Barten gobbled up boards. The WBCA All-State selection snagged a Marawood-South best 9.5 rebounds while averaging 15.3 points per game. The Marawood-South Co-Conference Player of the Year led the Tigers to a perfect 24-0 season.

Matthew Kissner of Pittsville was a top-20 scorer in the state. Kissner caps his career averaging 24.8 points, 10.1 rebounds and 3.4 steals per game. The senior garnered CWC-South Co-Player of the Year honors and WBCA All-State.

Ryan Peterson helped the Northland Pines Eagles soar. The UW-Stevens Point commit poured in a Great Northern Conference best 23.4 points per game. The senior was named unanimous First-Team All-Great Northern. He wraps up his career with more than 1,500 points.

Iola-Scandinvia finished 24-1 thanks in part to Justin Sivertson. The CWC-East Conference Player of the Year tallied 21 points and 5.2 assists per game. The WBCA All-State selection also grabbed 4.1 rebounds and 3.1 steals a match.

Finally, Auburndale’s Cooper Weinfurter concluded his illustrious career with 1,360 points. The Marawood-South Co-Conference Player of the Year shot 50 percent from the field while averaging 19.6 points a contest. Weinfurter also racked up 4.3 assists and 2.5 steals.

Congratulations to the 10 boys named to the 2020 NewsChannel 7 Basketball All-Stars.