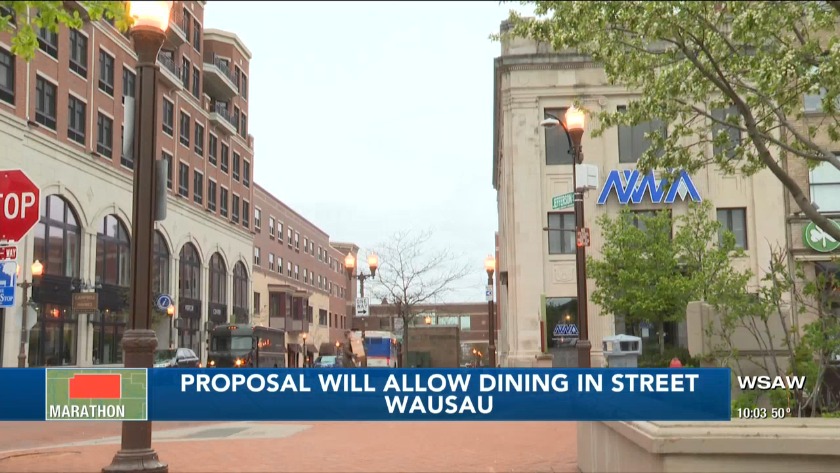 Proposal will allow dining in street 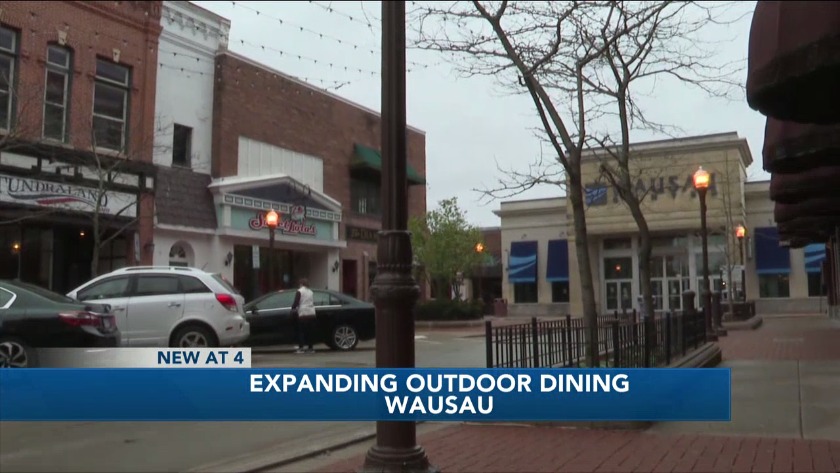 WAUSAU, Wis. (WSAW) -- The Wausau Public Health & Safety committee moved Monday night to allow expanded outdoor dining and alcohol services on the 300 and 400 blocks of 3rd Street for the summer, including a weekly dining in the streets event.

The committee approved removing the bollards along 3rd street to allow restaurants to expand the number of tables in their sidewalk seating areas, and the addition from the city of extra general use seating to the 400 Block and patio for added seating options for restaurant takeout in the downtown area.

The committee will also forward ordinance changes to city council that would allow weekly street closures on Wednesday nights for a 'Dining in the Street' event to replace missing Concerts on the Square.

"We’ll close two blocks of 3rd street and then we would transform the parking stalls into table seating areas. The travel lanes where the cars normally would operate, that’s going to be for foot traffic in and out and for emergency access," committee chairperson Lisa Rasmussen noted. Ordinance adjustments to allow restaurants to get permits to serve alcohol in the expanded areas during those times as well will be forward to city council.

"We only have about 100 days where we can utilize outdoor seating, so making decisions that are timely are going to be important to give our restaurants time to gear up for this," Mark Craig with Compass Properties, who brought the proposal to the city, told NewsChannel 7. He noted after the meeting that he was glad to see how quickly the committee had acted on his recommendations.

Currently, the hope is to have any changes continue through November 1, but Craig noted in the meeting that he was hoping the summer's temporary experiment with dining in the streets could continue in conjunction with concerts in upcoming years.

"I would like to see if we have some minor changes that we can make that would make a big difference for them, I would hope to see those ready by the first part of June," Rasmussen said.

Rasmussen also said other restaurants looking to expand seating into their parking areas around the city are welcome to bring plans to the committee.

"The committee is open to considering thinking outside the box to help all businesses; I mean they’re all kinda in the same boat, they’re experiencing the same struggles," she said.

Wausau is among a handful of other cities in Wisconsin looking at expanding outdoor seating while keeping patrons safe this summer, with Milwaukee, Menominee, and La Crosse also looking at current ordinances, Craig said.

"I’m looking forward to people coming back downtown and helping our restaurants through this very difficult time," he noted.

The Public Health and Safety Committee has directed adjustments to a range of ordinances for the city council to consider on May 26.