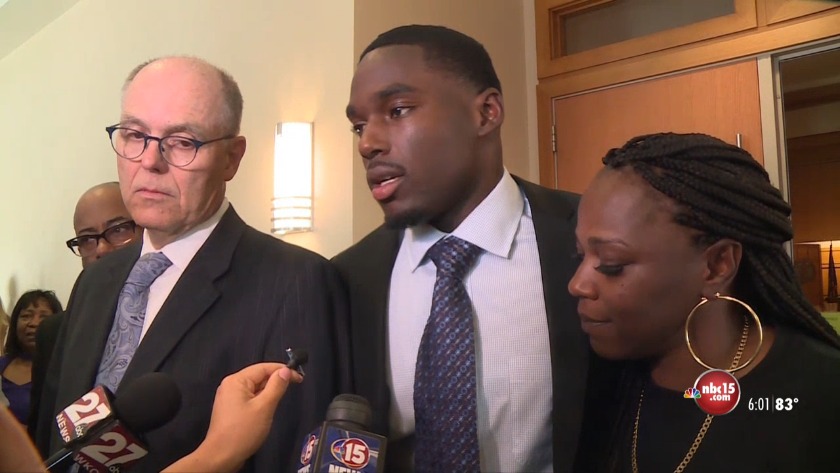 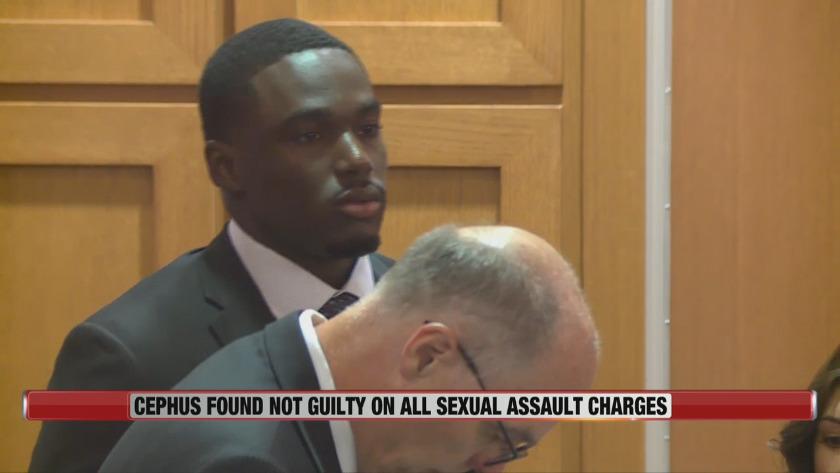 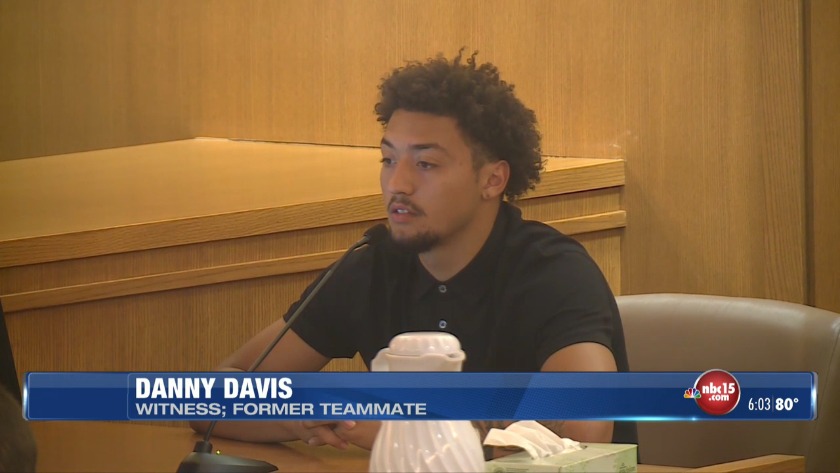 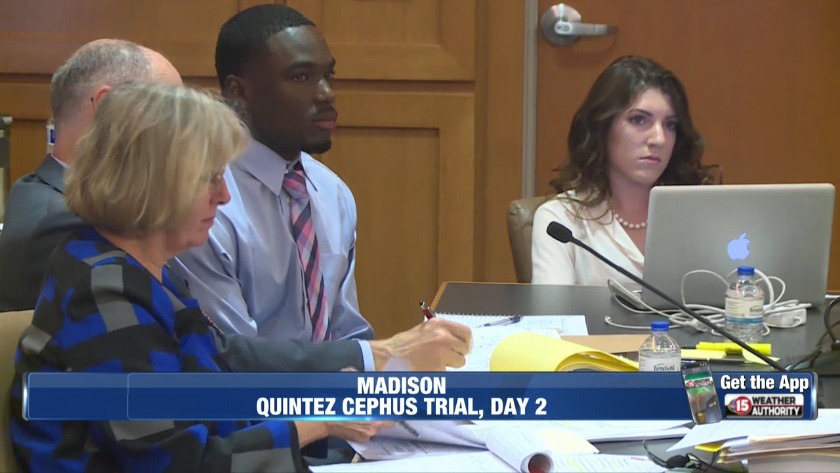 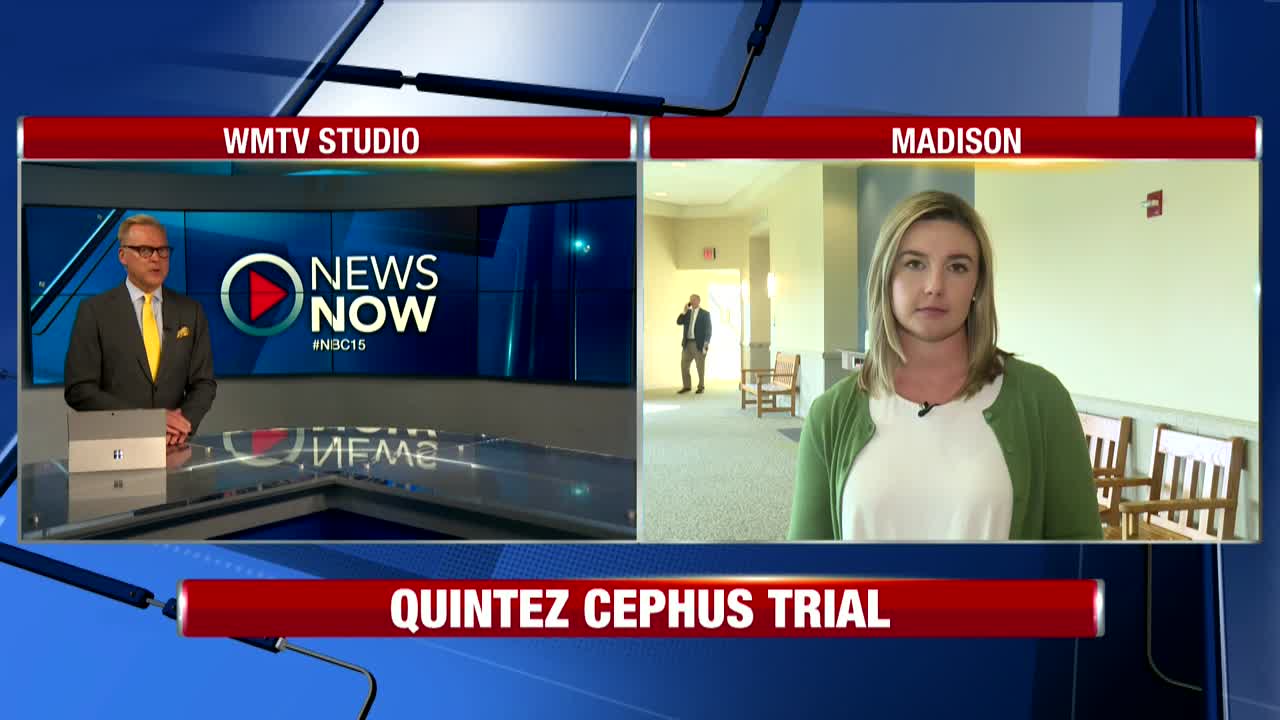 Cephus was charged with second- and third-degree sexual assault for alleged attacks on two 18-year-old women.

“Obviously we’re delighted with the result. The jury confirmed what Kathy and I always insisted from the start, that he was an innocent person,” said Cephus’ attorney, Stephen Meyer.

According to Cephus' attorney, the jury consisted of 6 white men and 6 white women.

Wisconsin Badgers wide receiver Danny Davis says at the trial of his former teammate Quintez Cephus that one of the women who accused Cephus of raping her had flirted with him shortly after meeting him for the first time.

Cephus is charged with second- and third-degree sexual assault for alleged attacks on two 18-year-old women in 2018. Cephus has said the women wanted to have sex, but they testified they were too drunk to consent.

Davis testified that Cephus came out of the room naked and asked Davis to take a photo of the women, who were both asleep. Davis says he took one picture of a woman who immediately got up and demanded he erase it. He did.

The trial was to conclude Friday.

A woman has testified that she was too drunk to consent to sex the night that former University of Wisconsin football player Quintez Cephus is accused of raping her in his apartment.

The woman testified Wednesday at Cephus' trial. The 21-year-old former Badgers wide receiver from Macon, Georgia, is charged with second- and third-degree sexual assault after two 18-year-old women reported to police that he had assaulted them on the same night in April 2018. Both women said they were too drunk to consent. Cephus contends the sex was consensual.

The prosecuting attorneys claimed the woman did not recall most of the night, but that her friend, who also accused Cephus of sexually assaulting her, informed her of what happened the next morning.

She said her friend called her from the hospital, trying to convince her to get checked by a doctor.

"Then the nurse got on the phone, 'you should come here like we should do a rape kit on you,' and I was like what are you talking about? I had no recollection." she said.

The Wisconsin State Journal reports an attorney for Cephus asked the woman who testified Wednesday why she decided to go to police, after initially holding off.

The woman replied she decided to do it after she sobered up "and had some time to think about it."

Cephus' lawyers argued she was not as drunk as she said, and showed surveillance video of her walking into her dorm later the same night. They said she did not appear as intoxicated as she described.

The trial is expected to last about a week.

The trial of former University of Wisconsin football player Quintez Cephus has begun with a woman testifying that Cephus raped her in his apartment.

The 21-year-old Cephus is charged with second- and third-degree sexual assault after two 18-year-old women reported to police that he had assaulted them on the same night in April 2018.

Cephus argues the sex was consensual and arranged by one of the women.

One of the alleged victims testified she could not recall most of the night.

"At the time I was just confused, I wasn't sure if I was in his room or not," she said.

Cephus' attorney, Stephen Meyer, argued the women orchestrated the encounter and were not as drunk as they claimed to be. The defense showed surveillance footage of one of the alleged victims walking into her dorm after the rape allegedly occurred. They argued she was walking just fine.

"It's not a crime to have sex with someone who is drinking, but it is very wrong to falsely accuse someone," Meyer said.

Cephus was suspended from the Badgers football team in August. He was expelled from the university earlier this year for violating its non-academic misconduct code.

The trial is expected to last a week.

One of Cephus’s alleged victims testified that they were drunk and did not consent. “At the time I was just confused. I wasn’t sure if I was in his room or not.” @nbc15_madison