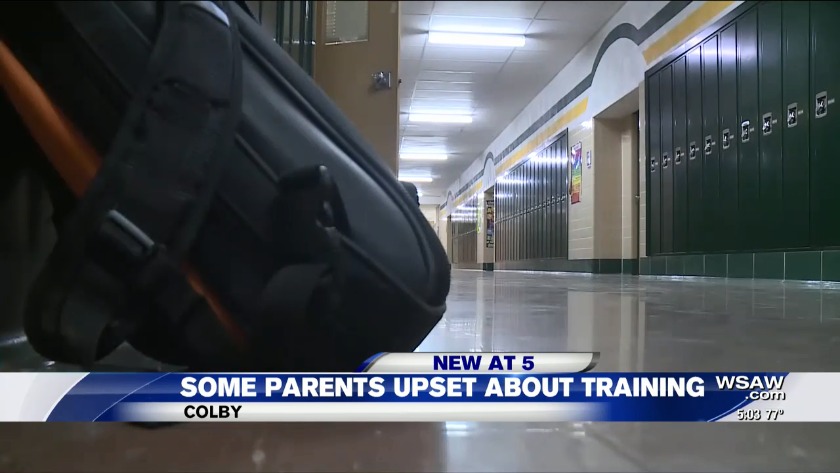 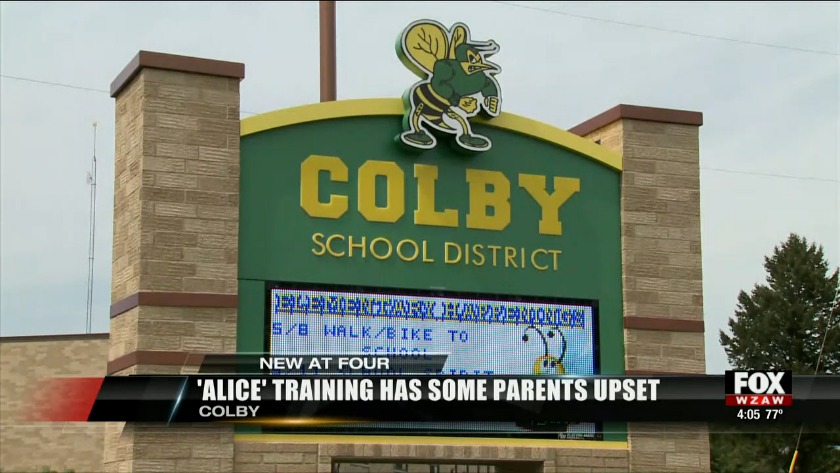 During ALICE training schools partner with police to practice an active shooter situation.

These kinds of active shooter drills are not new for the students and staff at Colby. They've had drills like this for nearly three years. But this year – the majority of staff and students were not notified about the drill in advance.

“I was on edge because it came out of nowhere. This was the first time they done anything like this where there was no warning it just happened,” recalled Emanuel Strack, student council vice president.

“Between the Colby and Abbotsford schools I’ve done this about 10 times. I’ve been a shooter for both schools,” Bowman explained.

Sounds of blank gun shots filled the hallways Monday Officer Bowman entered the school pretending to be an active shooter. The purpose of the drill was to learn and improve how students and staff should respond in case of a crisis.

The school district says this drill was different because only a few staff were notified about the drill-- roughly 10 minutes before the training started. The superintendent said they wanted to make the simulation as real as possible

“As we start to get more authentic in drilling, if there is a real intruder, we aren’t going to have notice. Anytime we drill we want to get authentic response from our students so we know what to do to improve,” explained Superintendent Steven Kolden.

As the drill began, some students ran out of the school into the forest to seek shelter. The superintendent said that was part of the plan—and no students were injured. But the district did hear from some parents that were afraid the district may have taken the drill too far-- saying they felt students and staff should have been notified.

Kolden says they did announce the drill on their social media accounts shortly before it began.

“When we talked to our crisis team about notifications for a drill... if we are going to run a drill on Thursday and we tell staff on Tuesday – then Tuesday, Wednesday, Thursday the school becomes vulnerable because staff are expecting a drill,” Kolden explained.

Kolden said another reason the school district likes to have these drills is to start a community discussion about these types of issues.

Conversations around race and bias issues grow in central Wisconsin

Parents forced to get creative as weather heats up

Crews respond to structure fire in Town of Stettin

Conversations around race and bias issues grow in central Wisconsin

Parents forced to get creative as weather heats up

Crews respond to structure fire in Town of Stettin