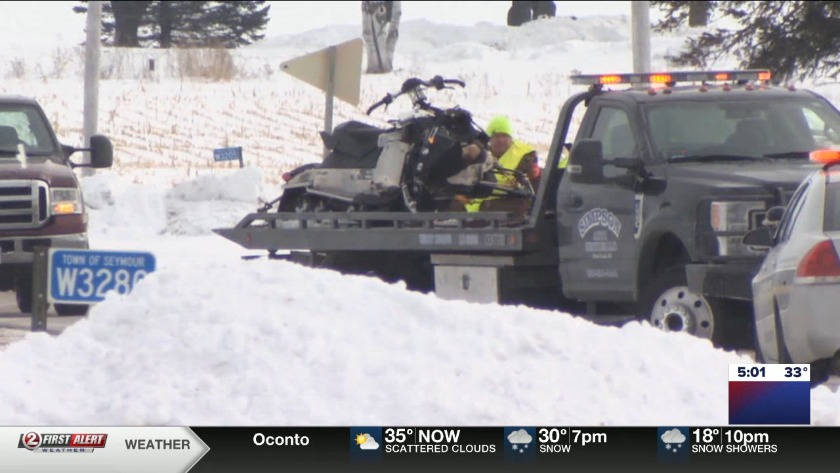 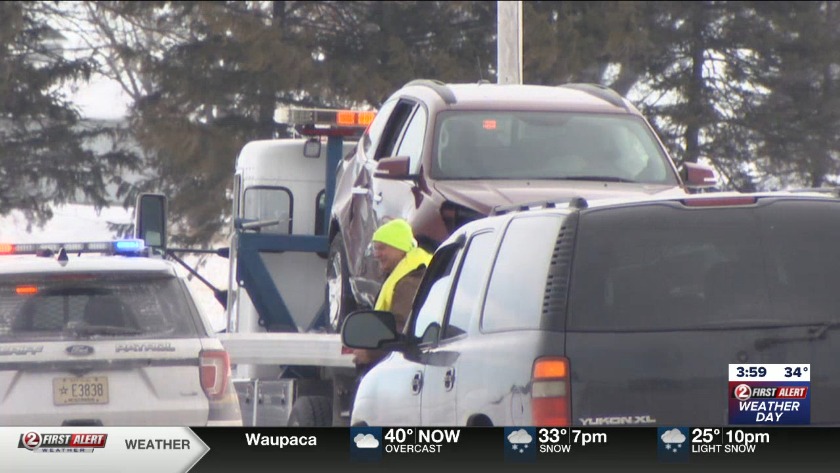 OUTAGAMIE COUNTY, Wis. (WBAY) - The Outagamie County Coroner's Office has identified a teen killed in a snowmobile crash on the way to school as Konor Marks.

The Seymour High School student was killed Wednesday morning when his snowmobile collided with an SUV.

The Outagamie County Sheriff's Office says Marks, 15, was riding to school when the crash happened on County Highway VV near French Road in the Town of Seymour.

The school district says Marks was a 9th grade student. He was from the Black Creek area.

Lt. Ryan Carpenter says a preliminary investigation shows an SUV was westbound on CTH VV and the snowmobile was traveling south on the Oneida trail system. The snowmobile failed to stop at trail stop sign, entered the roadway, and collided with the SUV.

Marks died at the scene, according to Lt. Carpenter.

A 37-year-old Seymour woman and two children were in the SUV. They were not hurt. The Sheriff's Office does not anticipate any charges or citations will be filed against the SUV driver.

County Highway VV was closed at French Road until about 10:45am.

The Wisconsin Department of Natural Resources is assisting with the investigation.

A 15yo Seymour HS freshman is dead following a snowmobile crash this morning. #WBAY pic.twitter.com/1SWQhnyJNU

Lt. Carpenter says Marks was wearing a helmet. Visibility was clear at the time of the crash.

The Sheriff's Office responded to the scene shortly after 7 a.m.

Seymour Superintendent Laurie Asher says counselors will be available at all Seymour schools for the remainder of the week.

"We've gathered our response teams together and all of our schools are working very diligently to make sure that we're supporting our students, staff and our community in the next coming days and following weeks," says Asher.

Asher says it is not unusual for students to ride snowmobiles to school.

"We have quite a few students who do drive their snowmobiles to school each day. We do have a designated spot for them," says Asher.

I-39/90 construction begins this spring at Beltline interchange

I-39/90 construction begins this spring at Beltline interchange