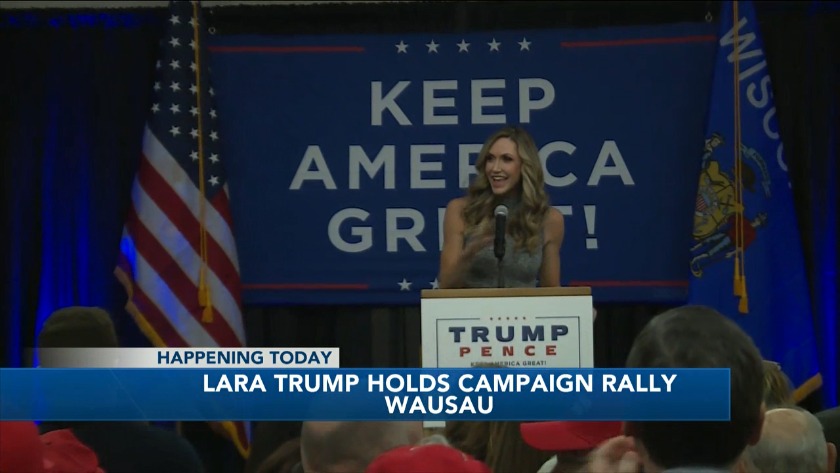 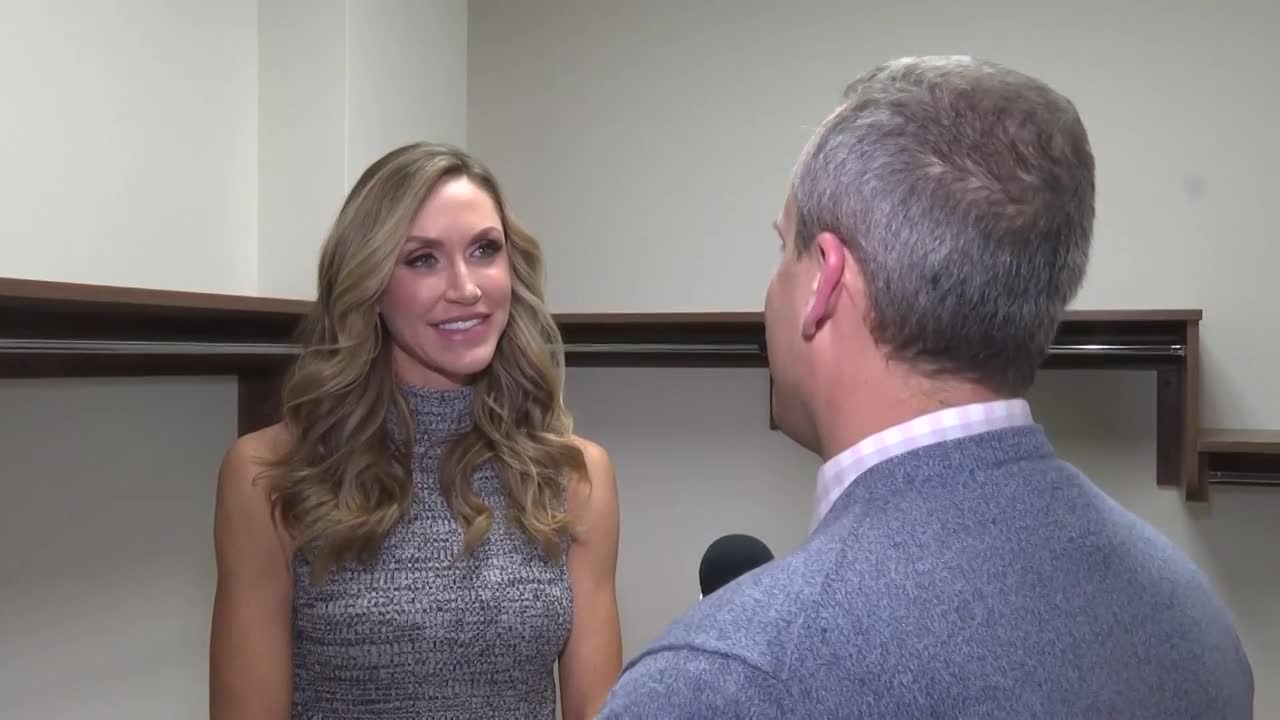 Dale Ryman 1-on-1 with Lara Trump.mp4

“I think people feel like they have a fighter in the White House, and we just want to remind people you need four more years of Donald Trump," she stated before taking the stage.

The rally was held at the Hilton Garden Inn in Rib Mountain and drew a crowd of roughly 300 people. During her speech, she talked about low unemployment rates, jobs returning from overseas, international trade and the President's plan for health care.

"When you contrast what they (Democrats) are offering to people in this country, to the people here in Wisconsin with what President Trump has done, I think it becomes very clear,” added Lara.

This rally comes just one day before President Trump is scheduled to take the stage for his own 'Keep America Great' rally in downtown Milwaukee.

Lara Trump says Wisconsin can expect to have many more visits from the Trump campaign as November approaches.