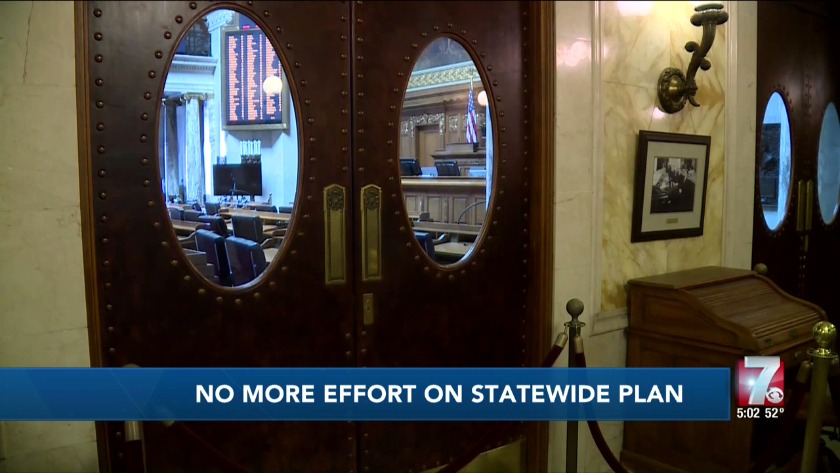 No more effort on statewide plan over pandemic

No more effort on statewide plan over pandemic

(WSAW) -- Governor Tony Evers said during the COVID-19 media briefing Monday that his administration is no longer going to try to create a statewide plan to combat the disease.

He told reporters that legislative republicans rejected the administration's scope statement in trying to make a statewide plan. He explained, they made it clear, they were not interested in having a statewide plan or adding any restrictions.

"So, given that, it doesn't make a lot of sense spending time doing something that we know isn't going to be successful," he said.

The Wisconsin Supreme Court ruled last week that the types of orders the Department of Health Services had implemented in the Safer at Home extension order were required to go through the administrative rulemaking process through the legislature.

"As far as an administrative rule process that, frankly, was going to take forever and nothing was going to happen because what we were hoping to do was provide some guidance as it relates to surges and we were unable to get agreement on that," he said.

He stated he will still have conversations with the legislature as the pandemic continues. The administration will also continue doing what it knows it is legally able to do to mitigate the pandemic. That includes providing scientific guidance and recommendations for businesses, counties, and municipalities that want it, procuring protective equipment, state and federal funding, contract tracers, and growing testing.

The governor's counsel, Ryan Nilsestuen, has repeatedly said the court's lack of clarity in what the Department of Health Services can do has handcuffed them in creating any statewide response on any level. Nilsestuen said, at this point, it is up to the legislature to either create a plan or to create clarity for DHS so it can know how to proceed.

NewsChannel 7 reached out to the republican legislative leaders, Speaker Robin Vos and Senate Majority Leader Scott Fitzgerald, but have not heard back.