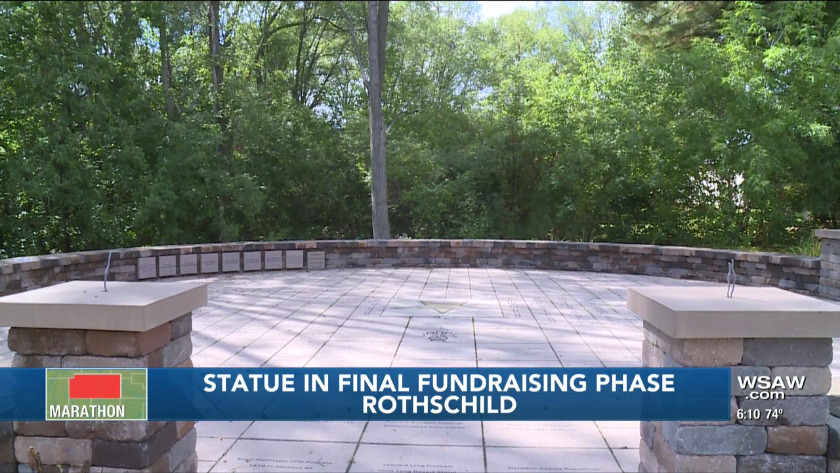 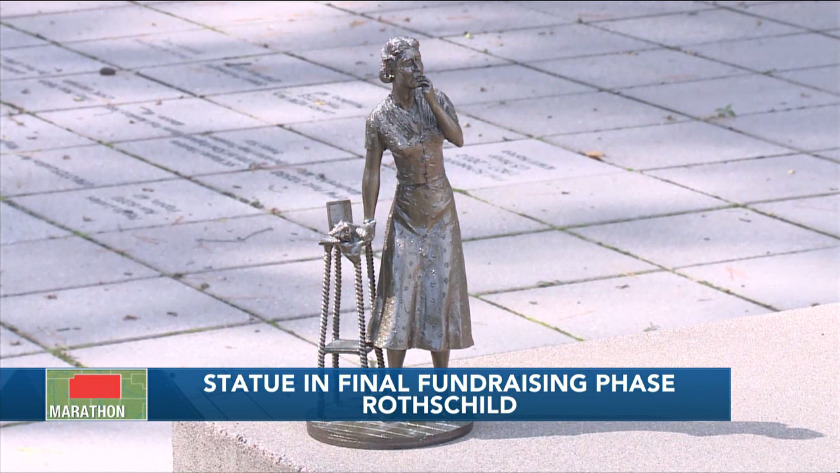 ROTHSCHILD, Wis. (WSAW) -- A monument dedicated to Gold Star Mothers and their families is in the final phase of its fundraising goals in Rothschild. And a motorcycle and car ride Saturday should provide the last money needed for completion.

U.S. Army veteran and American Legion Post 492 Commander Paul Gwidt wants to see the memorial completed to honor mothers who have lost a son or daughter in the service.

While much of the Veterans Memorial Park is finished, there's one thing missing—the Gold Star Memorial.

It’s a statue of the emotional depiction of a mother's reaction after hearing the news her child has died in service.

"Every soldier, airman, sailor and Marine has a mom and a family that they left behind, and those people have to live with that loss day in and day out,” Gwidt said.

Saturday, a ride will begin at 8 a.m. at Coral Lanes in Rothschild. From there, it will go to the Veterans Memorial Park for a sendoff with a Gold Star mother. Riders will travel to Harrison Hill and back. A meal, raffle, bowling and music will be held at Coral Lanes to follow. It’s $20 for riders and $10 for passengers.

"It's open to two, three, or four-wheels. If you've got a classic car and you want to come on down and take a ride, look at the fall colors with the bike riders -- lots of stuff to give away, lots of stuff that's going to help us continue fundraising for this memorial that's been worked on for quite a while now,’ he said.

He says not only is it important for the Gold Star families and the community to be able to recognize them...

"It kind of gives you a feeling of peace,” Gwidt shared.

He said a big reason for a big final push is for the man who got the project up and running, Joe Kelbley, has severe health complications from Agent Orange. Kelbley served in Vietnam.

"He has put his heart and soul into this. It's been his dream to see this finished -- just let him see this with his own eyes before he leaves our ranks,” Gwidt said through tears.

Registration for the ride is at 8 a.m. at Coral Lanes.