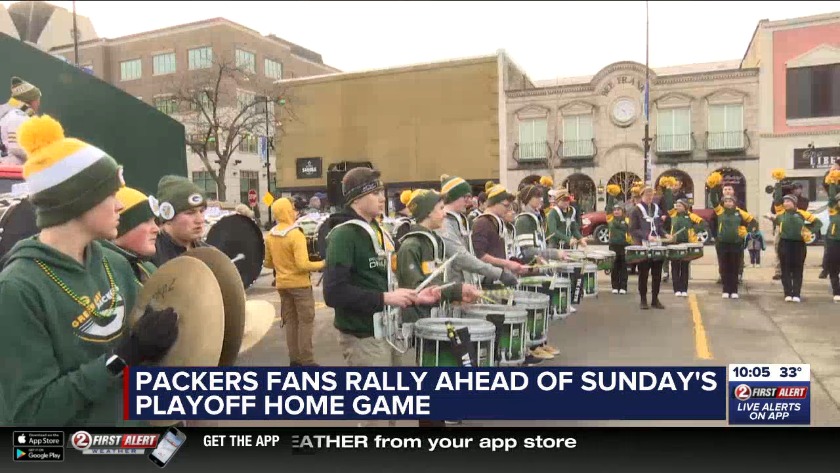 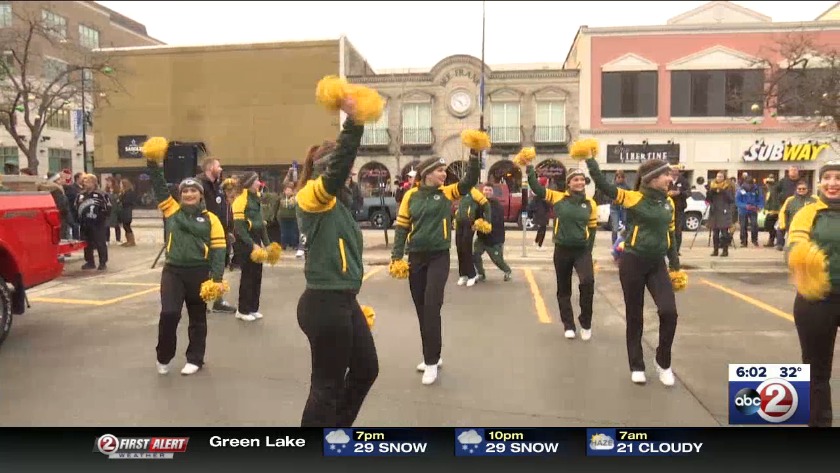 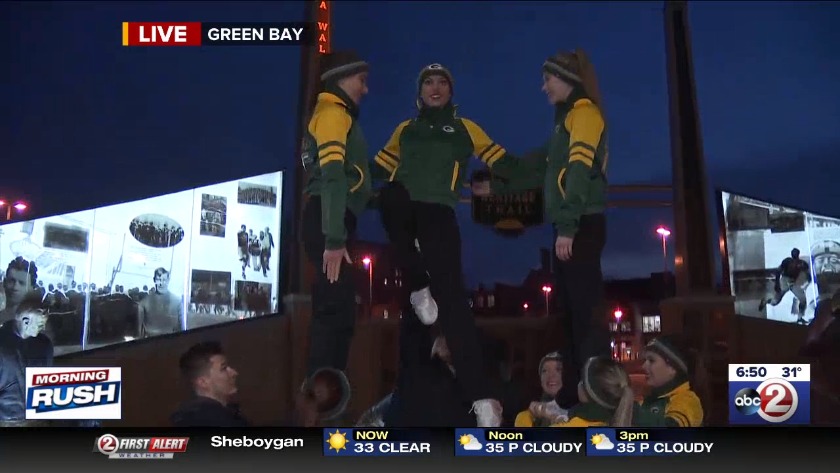 WATCH: Cheering for the Pack 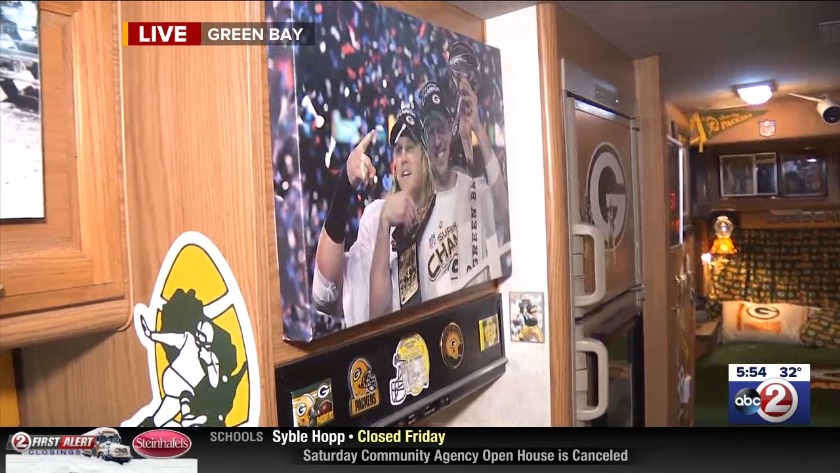 WATCH: Inside the Packers RV 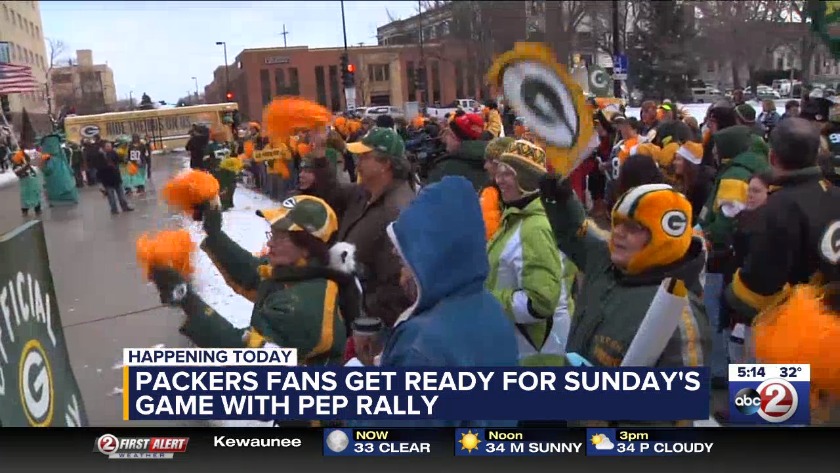 GREEN BAY, Wis. (WBAY) - Packers fans got pumped up for Sunday's playoff game with a pep rally in downtown Green Bay Friday afternoon, and another is scheduled in Titletown on Saturday.

The city put on a tailgate-style pep rally at 3:30 p.m. at the Packers Heritage Trail Plaza -- with the Packers statues -- at the corner of N. Washington and Cherry streets.

The University of Wisconsin-Green Bay Phoenix cheer squad helped keep the tempo up.

"It's Green Bay. What other city in the states do this for the people in the community, we love the Pack!" said Sandy Melroy, a fan at the rally.

There were also Packers-inspired vehicles to see and Downtown Green Bay Inc. promised "lots of fun giveaways" and surprises.

The Packers are hosting another pep rally Saturday at The Turn, 1025 Lombardi Ave., in Titletown just a block west of the stadium.

Both pep rallies are free.

A "Super" investment? Why some season ticket holders could be considered lottery winners

A "Super" investment? Why some season ticket holders could be considered lottery winners