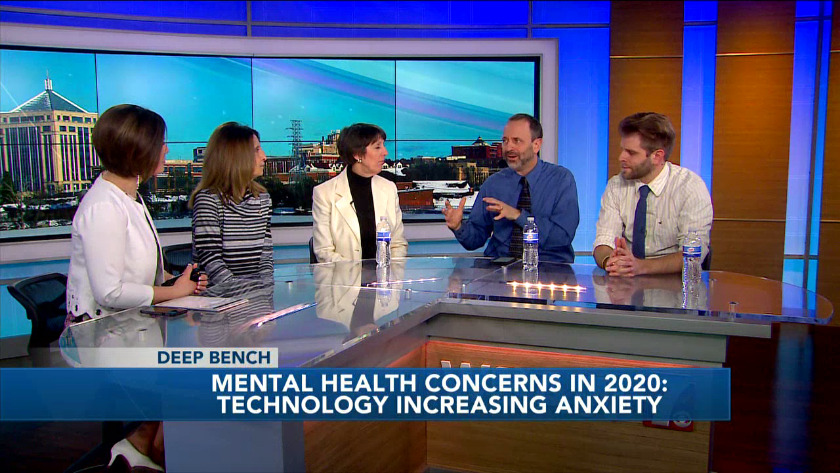 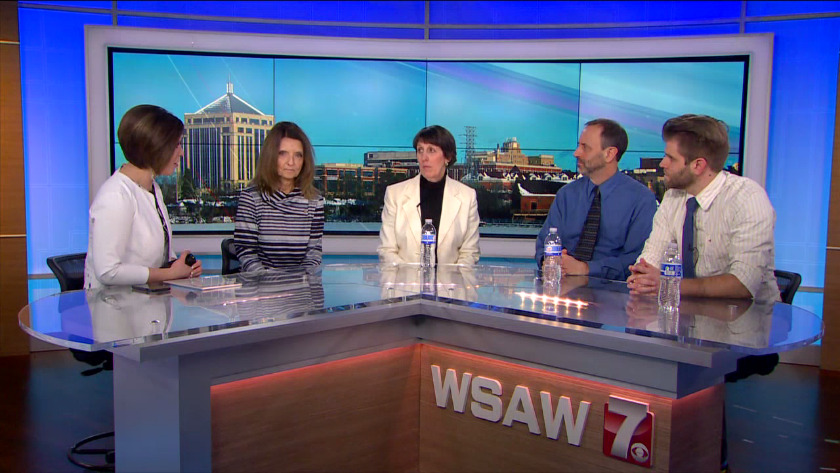 WAUSAU, Wis. (WZAW) -- Mental illness affects 1 in 5 people in the U.S. It’s a statistic you've heard often on NewsChannel 7 at 4. In 2019, we've covered mental health extensively, and for the past several months, have dedicated each week to a single mental health topic with the help of four local professionals.

On Wednesday, we had all four on our Deep Bench to discuss some of the biggest mental health concerns as we enter 2020.

Judy Lemke, a licensed professional counselor from Behavioral Health Clinic said one of the biggest concerns that comes to mind is reaching people with mental health disorders who live in rural areas.

“Tele-mental health is something we’d really like to see take off in 2020. It would be awesome for people in the rural areas who don’t have the ability to get somewhere like Wausau or to Stevens Point for mental health care,” Lemke said.

She said looking at three factors, 1 in 5 people has a mental health disorder, 80% Americans search the internet for information on mental health conditions and technology is here to stay, if those things can be combined, tele-mental health would be great for those living in rural areas.

Rick Jass is a licensed professional counselor and president of Charis Counseling. One of the biggest concerns for him when it comes to mental health, is technology and social media and the impacts they have on mental health.

“There are great uses of technology that are positive, but we’re seeing more and more the effects with kids with technology, and I think the research is just catching up and realizing,” Jass said. “You know, back to 2007 when the i-Phone was introduced, you’ve really seen the anxiety in children double,” he explained.

Jass said part of that technology use is linked to lack of exercise, more isolation, less sleep, reduced parental contact.

“The average 8 to 10-year-old spends eight hours a day in front of a screen, and they spend 37 minutes interacting with their parents. It becomes one of those things can becomes all-consuming for children,” Jass added.

Dr. Brian Weiland, a psychologist at Behavioral Health Clinic said this is alarming because technology and social media is just going to become a bigger part of our lives.

“They’re going to find more creative ways to tap into the minds of our kids and all of us here,” Weiland said, chiming in on the topic. “So how can you figure out how to work with this technology, because I think it’s going to be very tricky to cut it out completely.”

Lee Shipway is a big advocate for children who are abused and neglected. She works with children and families as a clinical social worker and executive director at Peaceful Solutions Counseling.

“People don’t often talk about when we have good mental health for children and adolescents, it really starts when they are infants,” Shipway said. “So there needs to be a good bond, a good attachment with those parents.”

Shipway added that we are seeing more and more kids in the area who are growing up with parents struggling with an addiction with drugs or alcohol. She said oftentimes when using, there are different people coming into the home, leading to the danger of child sexual or physical abuse to happen.

“Or you might have children whose parents are actually physically there but they’re using drugs while they’re with them, so they’re not emotionally-centered on the child,” she said.

Shipway credited research that has shown that when an attachment between parent and child is not formed, tons of research shows those children grow up to have a much higher level of anxiety and depression. It can also lead to difficulty forming their own relationships later in life.

Weiland said there’s a stigma that exists surrounding mental illness. It’s one of his biggest concerns going into 2020 and something we all can work to rid the world of.

“What happens is people tend to shy away from that idea, and it’s so interesting the difference between mental health versus something like medical health,” Weiland said. “I think we’ve all heard the comparisons, someone who needs insulin, for example, the body’s not doing that for them so they need insulin. But what about an SSRI, what about that kind of medication? Our brains might need a little help in that department.”

He also gave an example of someone who’s having an asthma attack. The average person who race over to that person to give quick assistance, but someone having a panic attack wouldn’t share that with anyone else because of the taboo nature surrounding a mental illness or symptoms of one.

Weiland said the best way to break that stigma is to talk about it.

“Share, get it out there,” Lemke said, nodding her head in agreement.

Weiland also said it’s a good idea to educate yourself about things you’re noticing in a loved one of yours.

“Don’t be afraid to ask them about it,” he added.

All agreed breaking the stigma starts at home.

“I think parents have to have that conversation with their children when they’re small, and explain that there’s physical health and mental health, dental health, it’s all equally important.”

Jass chimed in, saying the parent needs to almost be an emotional coach.

“It takes a lot more emotional work as you get older,” he said.

If you have any suggestions for a Deep Bench conversation surrounding mental health, send an email to holly.chilsen@wsaw.com

Deep Bench: The connection between substance use and mental health

Deep Bench: The connection between substance use and mental health