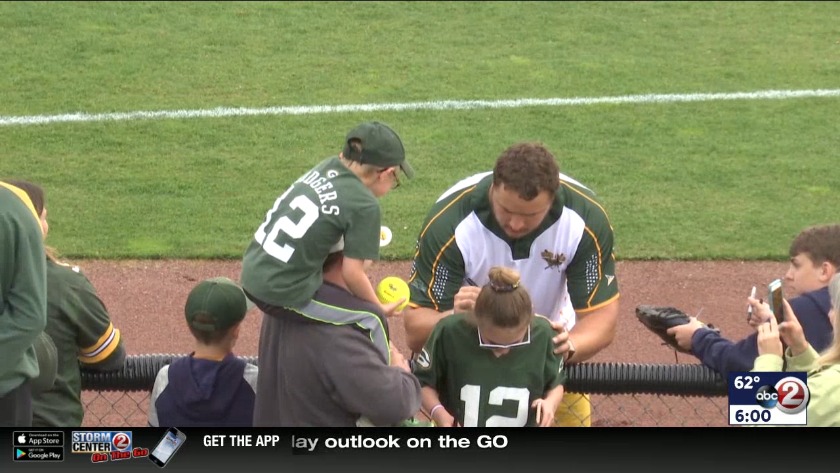 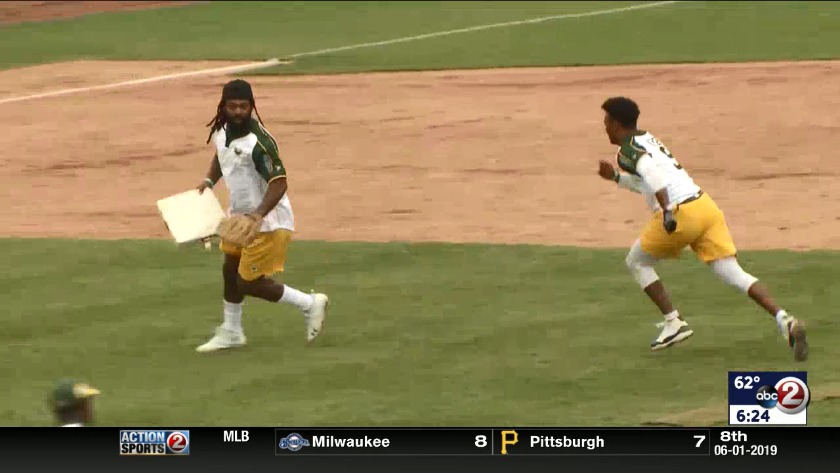 GREEN BAY, Wis. (WBAY) - The Green Bay Packers offense hasn’t even played a snap under new Head Coach Matt LaFleur yet and they are already showing some pop.

Here's the good, bad and hungry from the 2019 Green and Gold Charity Softball Game at Fox Cities Stadium. The offense put in work over the defense winning 16-8. Also, @deshonekizer is my spirit animal �� #Packers (��: @MattyHip) pic.twitter.com/pmVwWPc8nG

For highlights of the game click on the video. The total attendance was 4,319 for Saturday’s game.

Packers Head Coach Matt LaFleur threw out the first pitch while in a walking boot. LaFleur tore his Achilles on Wednesday playing basketball at the team facility.

So @CoachMLaFleur can wobble in a boot, still has an arm...but is he trash at basketball? Can anyone confirm or deny. (��: @MattyHip) #Packers pic.twitter.com/rV16PQVjO1


Read the original version of this article at www.wbay.com.