MEDFORD, Wis. (WSAW) -- The Medford football team has had one of the best starts in school history this year and has been able to hit the ground running right away. With the great start to the season, running back Ean Wilson was able to break the school's career rushing record.

The accomplishment was not only celebrated by Ean but by his teammates as well.

"They were really excited for me and happy to be a part of team when I broke it," Wilson said.

As enjoyable as the record is, there is only one record that Wilson is concerned with this season.

"The team matters more than a record I can break. So we just need to keep going and get some more wins," Wilson added.

It's the selfless leadership like Ean's that has helped the team so much.

"I just think our Junior and Senior class are extreme competitors and they really want to do well and they've accepted out mantra of day by day getting better," Medford Head Coach Ted Wilson explained.

Ean has been a valuable asset for the team.

"It's great it's like having an extra coach," Coach Wilson said.

Ean knows how to help the team more than most, especially since he has known the head coach longer than any of the other players.

"It's hard to talk about because he's my son, but he's worked his butt off to get to where he is," Coach Wilson added.

The team is happy with their accomplishments thus far, but their hopes go past the regular season.

"We're working on one step at a time that undefeated with a conference championship then the playoffs," Ean explained.

"Our goal is first and foremost to qualify for the playoffs Once you've done that in the conference you're looking at trying to get a Northern Conference championship. Once you get to the playoffs anything can happen," Coach Wilson added. 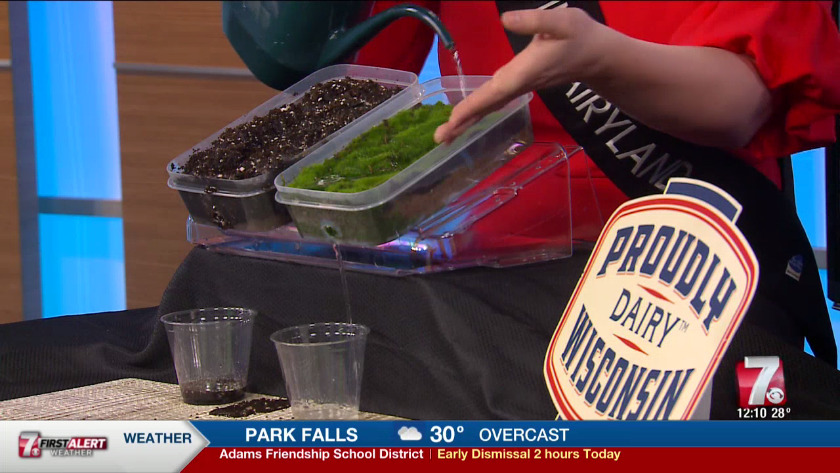