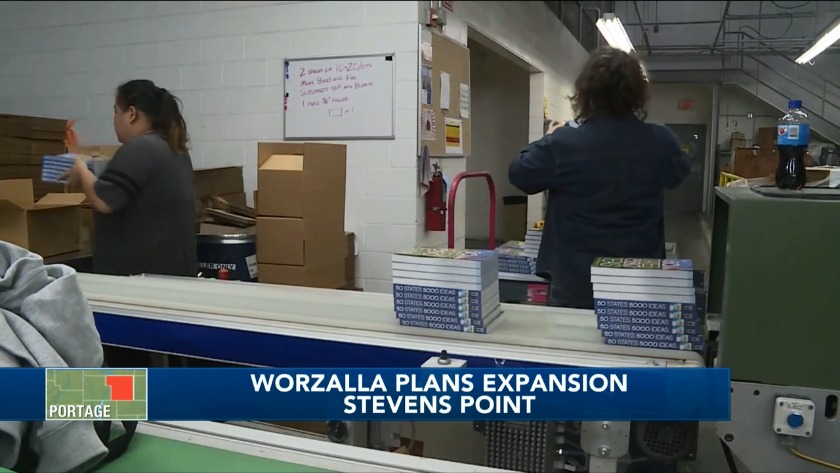 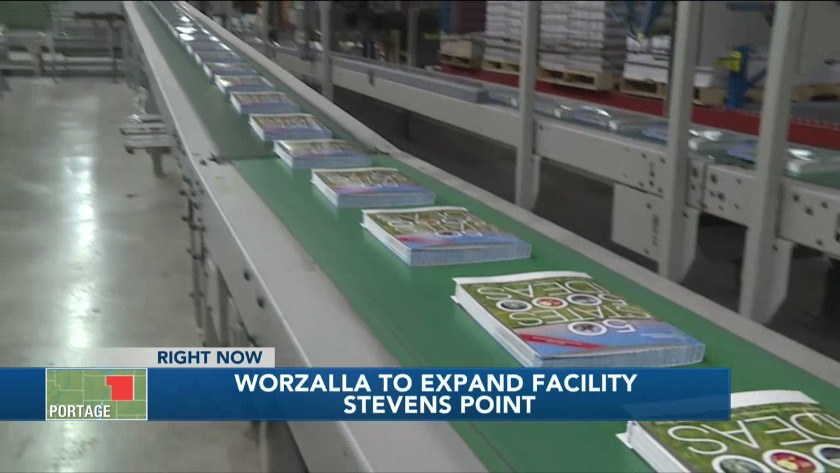 STEVENS POINT, Wis (WSAW) -- Worzalla Publishing Company says it’s time to upgrade its headquarters in Stevens Point, and that means more jobs will be coming to the area.

For 125 years the printing and publishing company has called the City of Stevens Point home. On average staff says they sell more than 50 million books every year and ship them around the world.

“We have some individuals who have been here for 45 years,” said Brianne Petruzalek who is the Director of Human Resources for Worzalla. “We continue to add new people on a weekly and monthly basis.”

Petruzalek says the printing industry has seen a huge increase in demand. She says a lot of the business that left to do business in China has started to come back to the United States which is why the company is looking to expand.

“Over the past year we had to turn down some of the work from our customers. That’s what’s really driven us to take a look and expand at this time,” added Petruzalek.

Right now the company has roughly 315 full time employees making them one of the largest employers in the city. After the expansion the company will look to add an additional 50 positions ranging from $13 to more than $20 an hour based on experience and position.

“As long as all plans go through at the city level, we will be looking at breaking ground in November and everything should be up and running by spring of 2020.

Wisconsin's rate for death due to COVID-19 at 3%