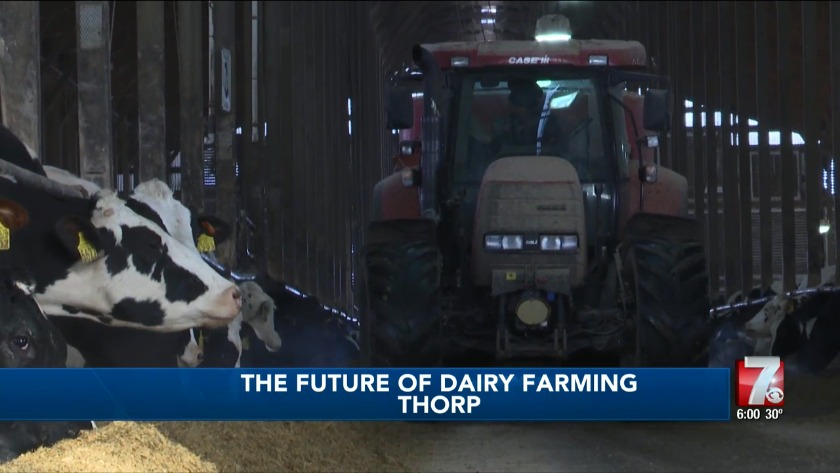 Dairy farmers look ahead to 2020 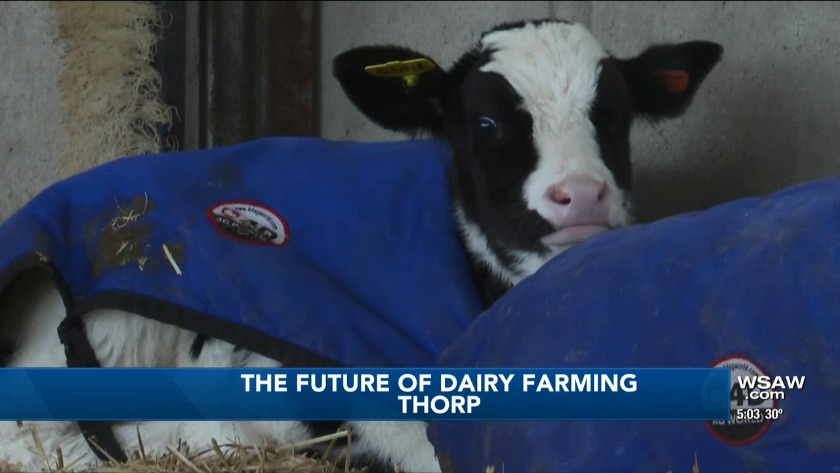 THORP, Wis. (WSAW) -- After one of the toughest years on record for Wisconsin’s signature industry, dairy farmers across the state are hoping for a better outlook in 2020. Two key events have the potential to reshape the landscape for farmers, experts say: The passage of the USMCA agreement and President Donald Trump’s recent announcement that on Jan. 15 he plans to sign phase one of a deal with China that would begin deescalating trade war tensions between both countries.

But after Wisconsin lost 773 dairy herds in 2019, an increase of more than 100 farms lost from the previous year, Wisconsin farmer and Vice President Patty Edelburg of the National Farmers Union says most farmers are simply ready to leave 2019 behind.

“We have a few new markets open to us, when it comes to dairy,” Edelburg said. “We’re hoping for higher prices. If we don’t see higher prices…I have a feeling we’re gonna lose quite a few more farms like we did this last year.”

Milk prices going into this January are slightly higher than last year’s January price of $16.90 per hundredweight, according to the United States Department of Agriculture. For Amy Penterman, owner of Dutch Dairy in Thorp and the Vice President of Dairy Business Association, that’s a promising start to the year.

“We’re just hopeful, and we have a lot of optimism on the horizon, we just hope to continue to build on that,” Penterman said. “Farmers are so resilient, and when times are tough—they just keep going…We’re gonna see through the end of the tunnel, and we’re gonna make it.”

If milk prices rise and fair weather holds, dairy and crop farmers alike can hope to make it through another year, Edelburg noted. But Edelburg worries for the smaller dairy herds that find it difficult to survive amid increasingly larger dairy farms. According to statistics produced by Dairy Farmers of Wisconsin, milk production has soared from 11 billion pounds of milk production yearly to more than 30 billion pounds since 1930, while the number of farms has decreased from more than 150,000 to fewer than 8,000 in that same period of time.

“We can’t afford to lose any farms anymore here in Wisconsin,” Edelburg noted. “That’s just a detriment to a lot of our small communities and our small towns.”

While the trade war has had a higher impact on commodity farmers, decreasing tensions ahead of the anticipated January deal between the U.S. and China could still have a trickle-down beneficial effect on dairy farmers, experts agree. Additionally, the USMCA agreement will bring changes—and new markets.

“Once our buyers and our investors can see there’s a future in trade and that there’s other countries that are buying, then that will give us some stability so that we have something to work towards,” Penterman noted.

Edelburg, however, says the National Farmers Union isn’t sure how beneficial the USMCA will be for the dairy industry in particular.

“We’re not really excited about the whole idea of USMCA, that it’s gonna be a huge fix for dairy,” Edelburg told NewsChannel 7. “There’s some potential for some new markets there, with Mexico and a little bit more with Canada. We may see improvement in milk price with that, but that’s yet to be determined.”

The resilience of farmers in the face of adversity, however, is what will keep the industry going.

“There’s not one farmer that’s not a hard worker. Every farmer, no matter what, works their tail off.”