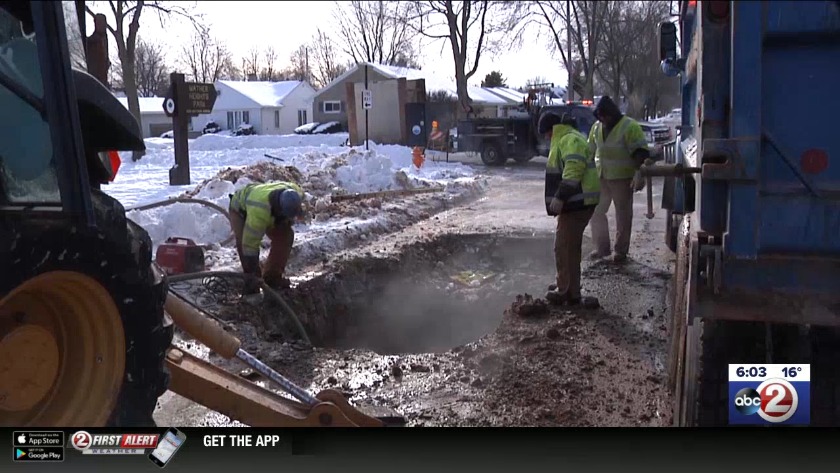 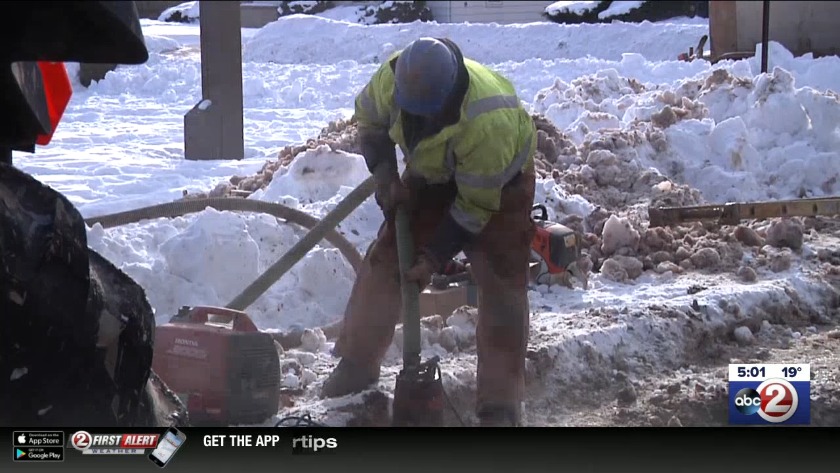 With the extremely wet weather this summer, the utility’s general manager Nancy Quirk says there’s a lot of moisture in the soil and the deeper it goes, the deeper the frost will go too.

“The frost is going to form wherever there is water,” said Quirk. “So as the frost goes down and freezes, and it finds more water, it will continue to create frost and go down further and further.”

“This year, with the soils being saturated, it potentially creates more of a hazard for the freezing of pipes and stuff like that, depending on where the pipes are,” said Jason Nemecek, a state soil scientist with the United States Department of Agriculture.

In Green Bay, the water mains are about 6 feet underground.

“For this part of the country, frost levels usually get about 4-5 feet deep, so we go about a foot below that,” said Quirk. “But if we have sustained cold temps, that is when we start to see the frost going deeper and deeper in the ground and start affecting our water main and services.”

Quirk said the lack of snow isn’t helping either. She said the snow acts like an insulator for the pipes underground.

Quirk said this isn’t how she wanted winter to start here in Northeast Wisconsin, but she said her crews are prepared for anything.

“We have an experienced team of 17-18 distribution employees that are highly skilled and trained at repairing water mains and thawing water mains if we need to,” said Quirk.

Here are some signs there may be a water main break: you see water on the surface or you lose water pressure inside your home. Quirk said the loss of water pressure may also be because your own pipes are frozen.

To keep your pipes from freezing, here are a few things to keep in mind:

• Remove your outside hose, shut off the water inside, open up the outside valve then go back and open bleeder cap to drain the water still in the line
• Cover the outdoor faucet
• Wrap indoor pipes with insulation, especially if they are located on outdoor walls
• Insulate crawl spaces
• Seal foundation cracks on the inside and outside
• If you have leaves in the yard, pile them around the house for added insulation
• Insulate the wall under your sink and the pipes so they are not exposed to outside air
• Let water run through the faucet at a trickle, but keep in mind, the homeowner has to foot the bill
• If your pipe freezes, use a hair dryer