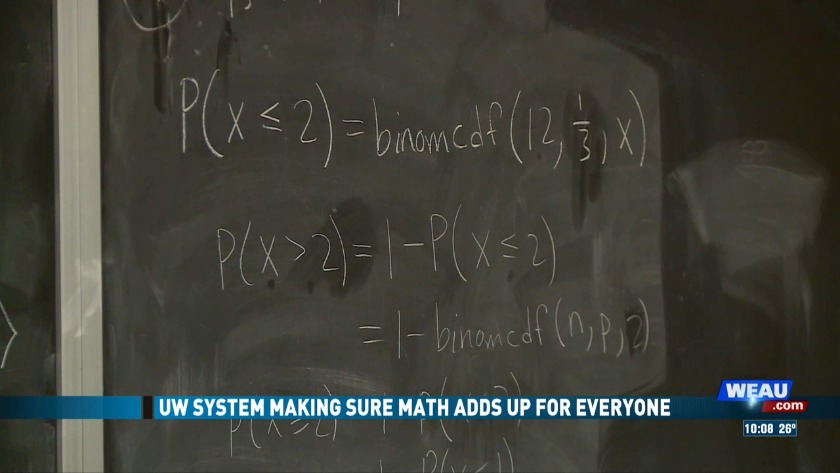 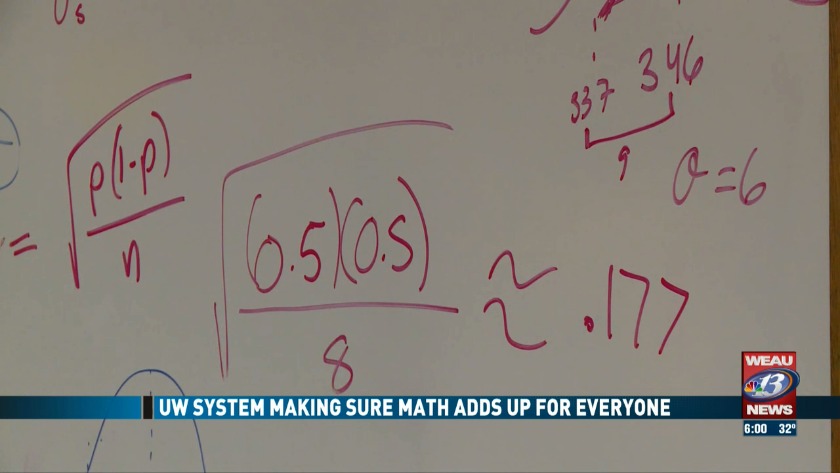 UW System Making Sure Math Adds Up for Everyone

EAU CLAIRE, Wis. (WEAU) -- According to the UW System, more than 5,000 freshmen were placed in entry level math courses for the 2017 fall semester.

Students are placed in entry level math because they do not test well enough on their college entrance exams.

The UW System is joining a growing trend of reforming entry level math classes, this on the heels of an increasing number of students enrolled in the classes.

"I got through calculus in high school and I felt like it was kind of pointless because I knew I wasn't going to do anything math related,” said UWEC junior Christine Zielinski.

A new initiative in the UW System is looking to address students not meeting the entrance requirement to take a first year math class, and being forced to take remedial math.

While the UW System has been working on the policy recently, UW- Eau Claire says it has had policies in place for many years.

"The first year is what we call defining math pathways appropriate for a student's program,” Smith said. “So students in a STEM program will need to take calculus, so they should take college algebra so that would be their pathway."

But what UW-Eau Claire is trying to do is make sure math adds up for all majors.

"That's what makes the course more meaningful for them, knowing it is connected to their major, we're not dumbing it down at all,” Smith said.

Students say the pathways help them take classes they actually need for their major.

"Not having to go that advanced in math for no reason is kind of helpful to get so you can take classes that you need for what you want to do,” Zielinski said.

One thing to keep in mind is smith says the programs are not being dumbed down in any way, but are instead being tailored towards a student’s major.

He also says the UW System is using UWEC’s program as a model for the new initiative.

Cursive in the Classroom: Wisconsin lawmakers push for mandatory teaching

Cursive in the Classroom: Wisconsin lawmakers push for mandatory teaching