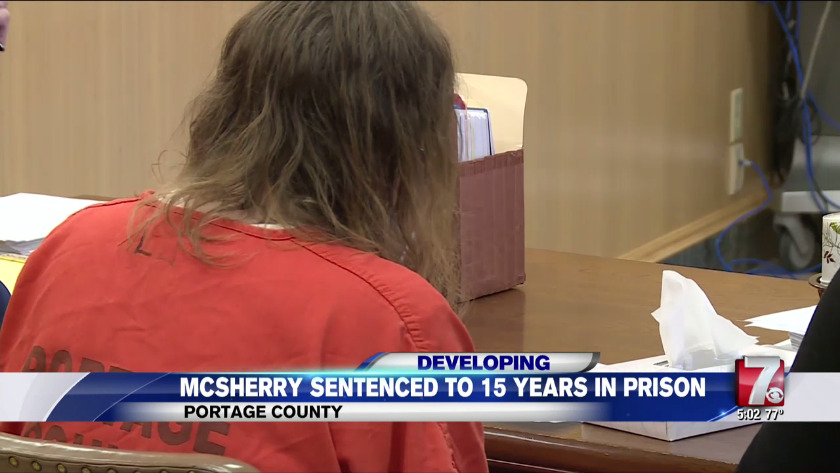 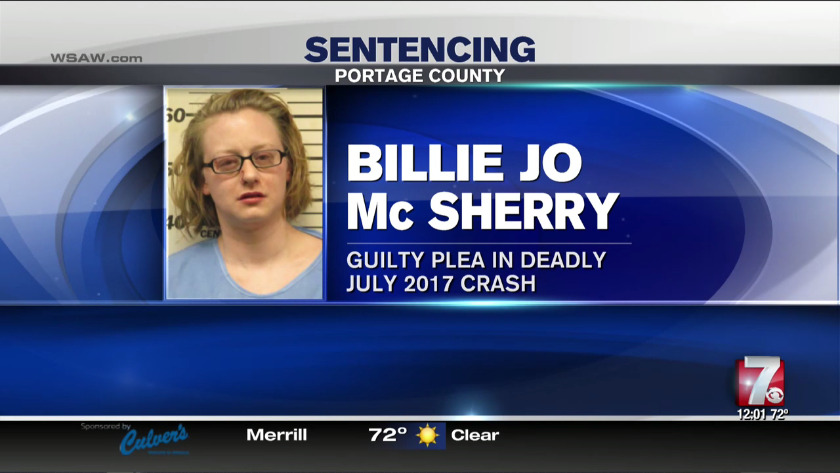 Tigerton woman gets 15 years in jail for drunk driving death

STEVENS POINT, WIS. (WSAW) Billie Jo McSherry has been sentenced to 15-years in prison and 10-years extended supervision for driving drunk and causing a crash that killed a motorcycle driver and critically injured his daughter in 2017.

Robert Korhonen, 48, of Antigo, was killed in that crash nearly one year ago on July 8, 2017. Korhonen's daughter, Stacey Zarda, 26, of Antigo, was thrown from the back of her father's motorcycle and suffered severe injuries including a fractured skull and shattered bones.

Korhonen and Zarda were returning from the Iola Car Show when McSherry's vehicle crossed the center line on Highway 49, near Rosholt and hit the motorcycle head-on. Her blood alcohol concentration was four times over the legal limit for driving.

The Portage County courtroom was packed with Korhonen's family and friends Friday. A few of them made victim impact statements, including Zarda, who told the court she can no longer work in the nursing field and can barely tie her shoes because of injuries suffered in the crash.

"It's a struggle for me to just tie my shoes because I was hit by a drunk driver," said Zarda.

"Nothing comes close to the pain that I've seen in this courtroom," said Cousins.

McSherry's defense attorney told the court she had a rough childhood and an assault at a young age led her down a troubled path. The attorney said she tried to kill herself three times in the days before the crash. The attorney asked the judge to take her history into account for her sentence.

McSherry will be credited with 363 days of time served. She was ordered to pay court costs. A restitution hearing will be held at a later date.

Conditions for her extended supervision include no contact with Korhonen and Zarda's family and absolute sobriety.