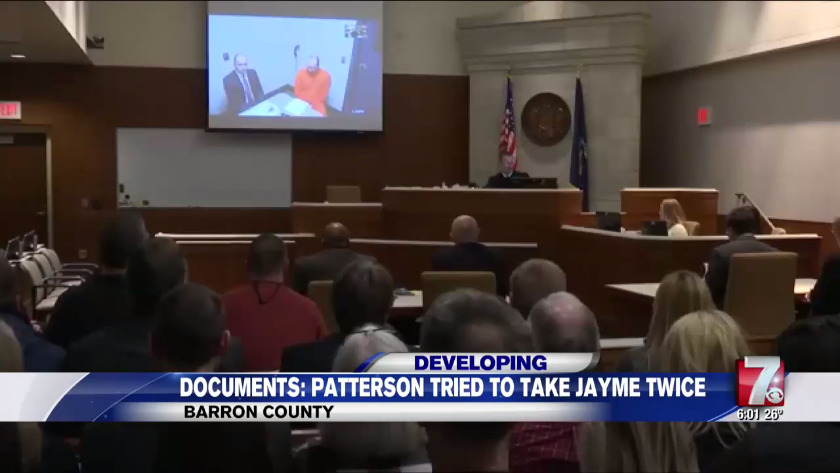 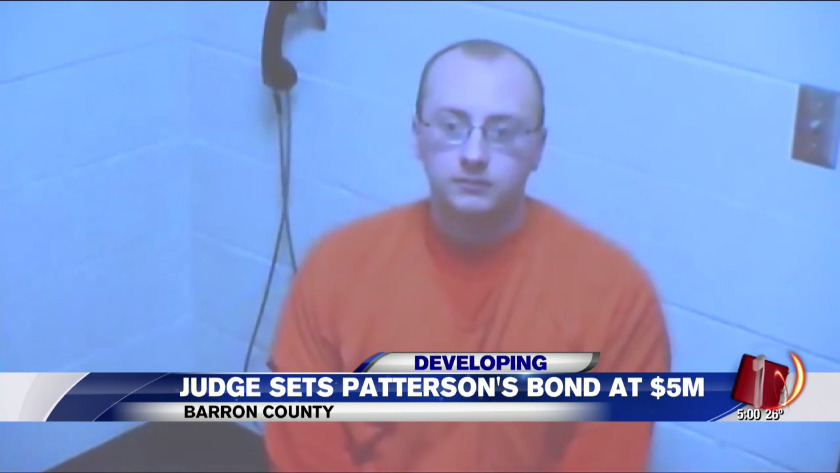 BARRON, Wis. (WSAW) -- Jake Patterson told investigators he had driven to the Closs home in Barron, Wis. twice before Oct. 15, 2018 with intent to kidnap Jayme Closs.

Patterson said while on his drive to work one day he was stopped behind a school bus and saw Jayme Closs getting on the bus. According to court documents, “the defendant had no idea who she was nor did he know who lived at the house or how many people lived at the house. The defendant stated when he saw J.L.C., he knew that was the girl he was going to take”.

Jayme Closs told authorities a person came to their house in the middle the night with a gun on Oct. 15. Jayme and her mother went to hide in the bathroom while her father went to the door. Patterson is accused of shooting open the door, killing James Closs by shooting him in the head and then breaking into the bathroom where Jayme and her mother, Denise were hiding. Court documents state Denise Closs called 911 from a cell phone. Patterson told her to hang it up, before killing her.

Prosecutors said Patterson instructed Denise to tape Jayme’s mouth. He then shot Denise in the head, killing her.

Jayme told investigators Patterson then put her in the trunk of his car where she believed she remained for close to two hours.

Once at his cabin in Gordon, Wis. Jayme said she was forced to stay under his bed for sometimes up to 12 hours a day. Jayme said Patterson pushed totes around the bed and held them in place with weights. Jayme said he would turn up music when he had people over so she could not hear what was going on.

Patterson reportedly told police after not being arrested the first two weeks since the Closs' deaths, he believed he had gotten away with it. He also said he did not even know Jayme Closs' name until after the abduction.

Court documents state Patterson told investigators "he never would have been caught if he would have planned everything perfectly".

On. Jan. 10 Jayme told investigators Patterson intended to be gone for several hours. That’s when she escaped and flagged down a woman walking her dog.

Patterson was arrested shortly after.

Prosecutors asked for $5 million cash bond. Barron County District Attorney Brian Wright said Patterson has no ties to Barron County. He also said due to Patterson's efforts to conceal his identity, leave no evidence behind and the length he went to conceal his vehicle when he arrived the Closs home were all reasons for a high-cash bail.

On the same day Patterson was charged with the crime, the 911 call made to dispatch moments after Jayme was found was released.

"OPERATOR: Okay did she show up walking?"
"CALLER: A neighbor just walked up with her to our house and asked us to call 911. "
"OPERATOR: Okay, hang on just a second."

This is the call Kristin Kasinskas made right after Closs, and the woman who found her, showed up at her doorstep.