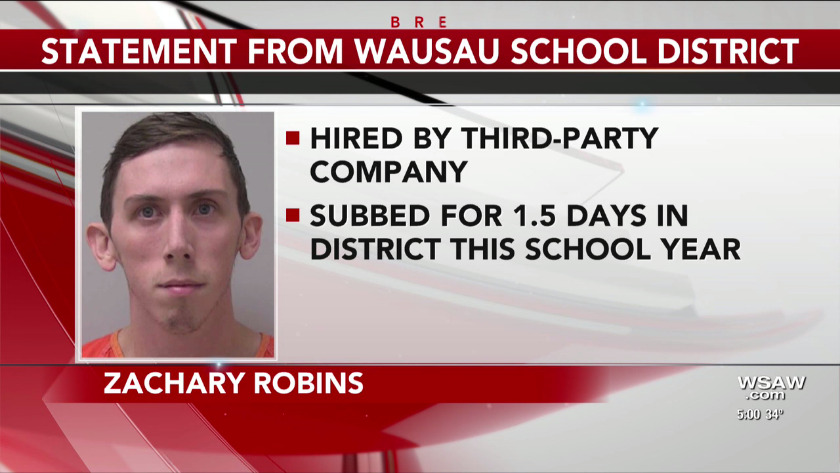 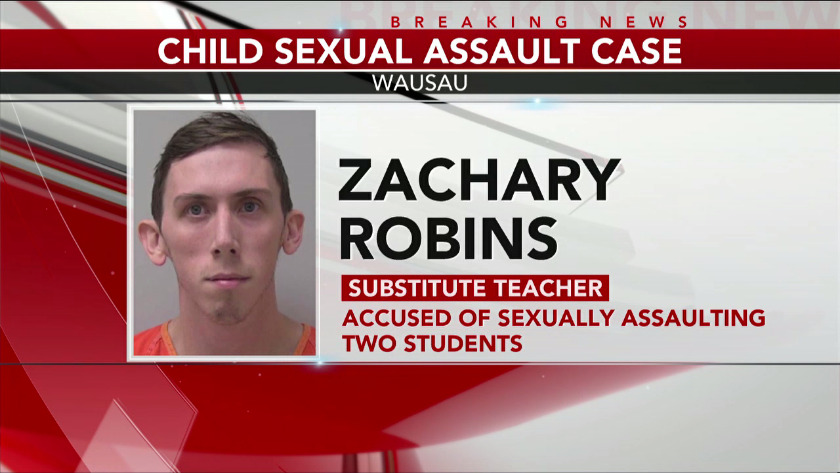 WAUSAU, Wis. (WSAW) -- Prosecutors have filed a charge of first-degree sexual assault against a 24-year-old man working as a substitute teacher at Riverview Elementary in Wausau.

Investigators two students were interviewed by forensic interviewers after they reported Zachary Robins touched them inappropriately. An investigation began after one of the students reported the incident to the principal. The Wausau Police Department then began its investigation.

The Wausau School District issued this statement
Zachary Robins was a substitute teacher in the Wausau School District and was hired through Parallel Education, a company the district retained in summer 2019 to manage its substitute teachers and staff. Mr. Robins subbed in the District for 1.5 days this school year; a half-day at Rib Mountain Elementary School and one day at Riverview Elementary School. Parallel Education terminated Mr. Robins’ employment.

The first student reported Robins put his hand on her back and touched her skin through openings in her shirt. He allegedly asked “Does your mom like to tickle you?” He then moved his hand down her back and touched her butt over her clothing. The alleged victim said she scooted away, but he continued to touch her butt. The girl told investigators the incident made her uncomfortable and gave her a stomach ache. The girl said there had been other physical contact throughout the day. The girl also said she saw Robins touch another student.

Investigators interviewed that student who told a similar story. According to court documents she said when she needed help he would come over and put his hand on her butt.