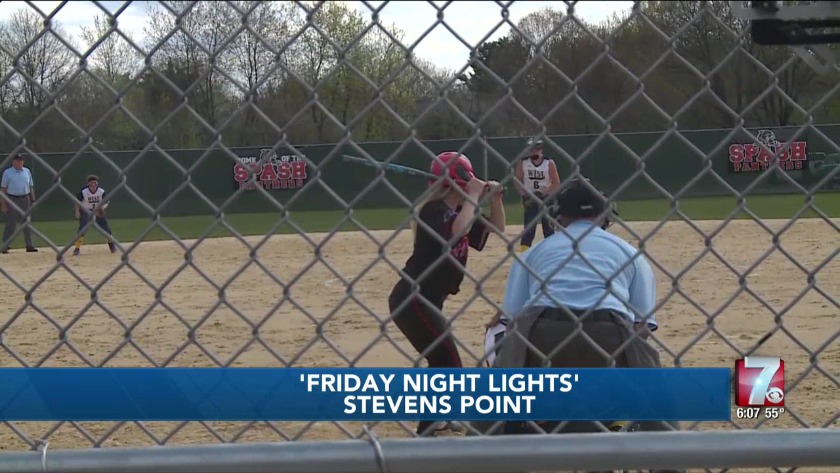 STEVENS POINT, Wis. (WSAW)- Athletes are getting used to the idea of canceled seasons because of COVID-19. So the Stevens Point community showed its support of their athletes Friday with something they called "Friday Night Lights".

It was a night where Stevens Point and surrounding areas turned on the lights at local parks and fields and a symbol of commitment to their athletes.

"The community really rallies around them. This is an opportunity for them (the community) to let the student-athletes know that the community still cares," Stevens Point Mayor Mike Wiza said.

The Stevens Point community is a tight-knit one, especially with sports.

"There are people that are not even family members of players they just come because they either love to watch our schools or the sports or even some of us that they know," Pacelli senior softball player Haley Raflik added.

The city encouraged people to light up their front porch lights as a gesture of support. So as the lights turned on, it let the teams know that they were not alone.

"It'll give the athletes an opportunity to look around and see the community really recognizes what they're sacrificing," Mayor Wiza explained.

"I think it's cool because you didn't expect so many people to be so tight-knit about it, you didn't think these people knew who we were or what was going on or even cared about what was going on. Now they're doing this whole thing as a community and now it's branching out further so that's cool," Raflik said.