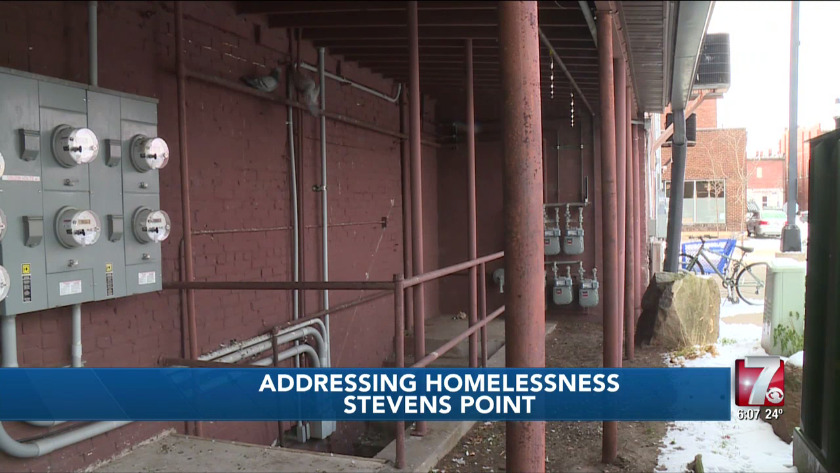 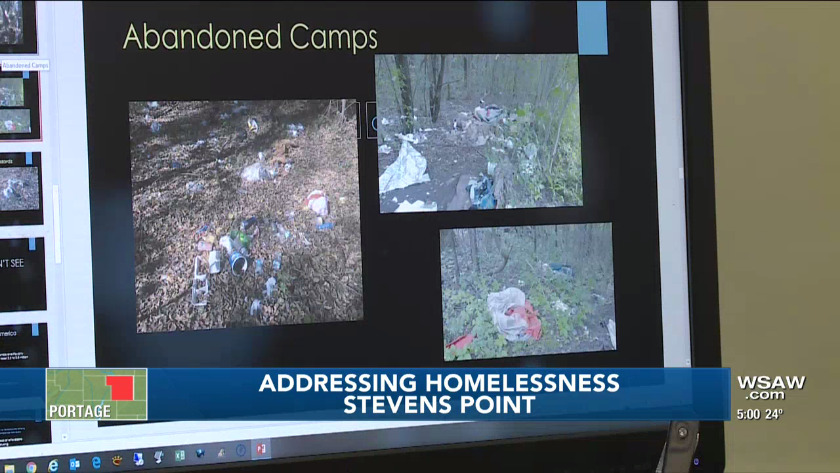 STEVENS POINT, Wis. (WSAW) -- More than half a million people across the country are homeless. The issue is a growing concern down to even the smallest communities.

A stairwell popular to homeless in Stevens Point (WSAW photo)

"There has been homeless in Stevens point since the beginning," said Tiffany Krueger, who runs the warming center in Stevens Point.

Stevens Point Assistant Police Chief Tom Zenner said downtown areas around the library and parks are landmark areas to find those who are homeless.

"This is an issue we've seen increasing in the past couple years," Zenner said.

The department is making the community aware of how big of an issue it is. Zenner led a presentation on what is seen from a law enforcement perspective, in front of the Police and Fire Commission on Tuesday. It's the first time they invited the department's Facebook followers to listen in on the discussion and offer their feedback.

"We're not going to reach a solution by working this problem out individually," Zenner added.

The warming center in Stevens Point has been up and running for four years now. In the past, the center has seen upwards of 80 people use the facility in a season.

"It's been pretty steady now for two year," she said. "We're already at 15 people and we've only been open for two weeks."

While Zenner and Krueger both have a unique perspective on homelessness, there's one thing they both see clearly -- a need for all of the community's support.

"If we as a community come together and love on one another, we can make a difference in people's lives," Krueger said.

"They're homeless, but they're still members of our community," added Zenner. "And we do need to reach out and do what we can do as a community to come to a solution on how we're going to address this moving forward."

The Stevens Point Police Department has a crisis intervention officer who works closely with the homeless and helps bridge connections to local resources.