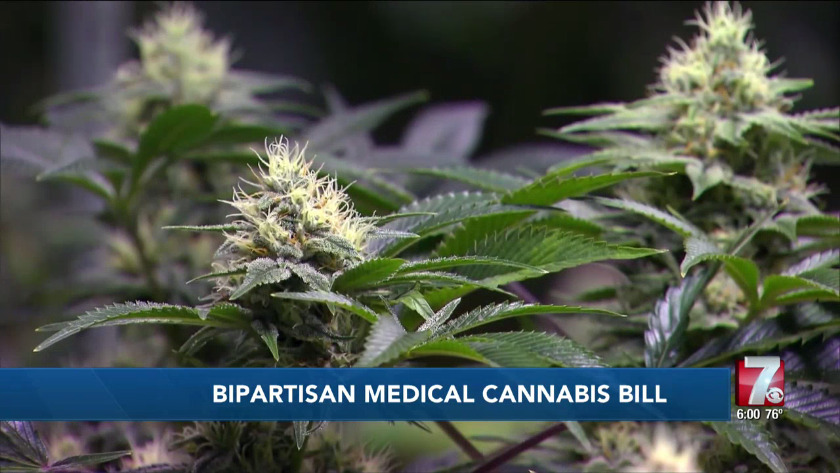 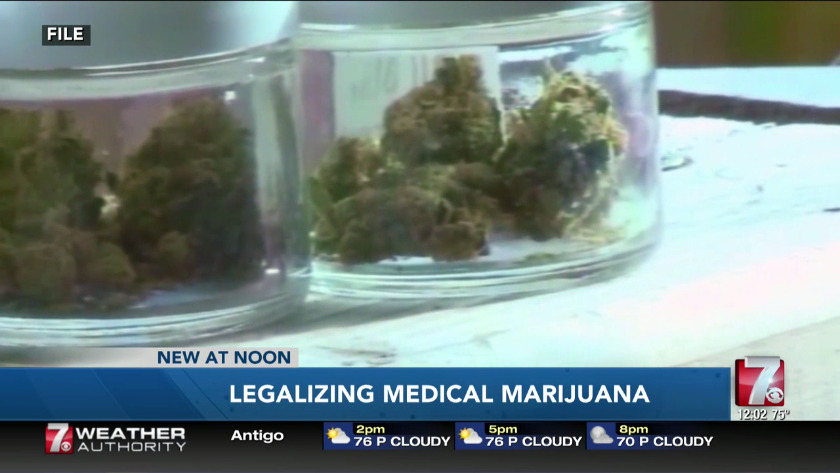 Thomas Uhle, grow manager, tends to marijuana plants growing at GB Sciences Louisiana, in Baton Rouge, La., Tuesday, Aug. 6, 2019. Today was the first day the marijuana, which was grown for medical purposes, was processed and shipped to patients in Louisiana. (AP Photo/Gerald Herbert)

“Growing up, my grandfather was one of my heroes. I watched as cancer robbed him of his strength and vitality,” stated Sen. Testin in a news release. “I saw him make the decision to go outside the law to seek treatment with medical marijuana. It restored his appetite, and I believe it added months to his life. Doctors and patients, not government, should decide if cannabis is the right treatment.”

He says he has heard similar stories from other Wisconsinites. He also made the point that doctors are already allowed to prescribe medicine derived from more dangerous substances like opium.

Testin admits, several republicans "are just not there yet" on this issue. He said he talked with Speaker Robin Vos Friday who told him the bill likely won't see any movement. Despite that, he said it is still an important and worthwhile conversation to have and that it's benefiting people in the 33 other states that have passed similar laws.

He explained he and the other main authors, Senator Jon Erpenbach (D-Middleton) and Representative Chris Taylor (D-Madison), have worked over the last year to create the legislation. He said they looked at states that have legalized the medical use and compiled the best practices from those states.

The bill, which is the first bipartisan bill to legalize medical cannabis since 2001, states people should not have to commit a crime to access medicine for debilitating conditions. The bill also states a need to regulate the industry in order to provide a safe, legal path for people to obtain medical marijuana.

The bill would require patients to get a recommendation from a primary care doctor with whom they have an established relationship. It would also require the Department of Health Services to create a patient registry, and the Department of Agriculture, Trade and Consumer Protection would have to create a licensing system for growers, producers, and sellers.

Last fall, close to one million Wisconsin voters in 16 different counties and two cities, in both red and blue parts of the state, spoke loudly and clearly in support of medical marijuana.

Rep. Katrina Shankland signed on to be a co-author of the bill Friday as well.

Spruce your home up for summer with simple, budget-friendly upgrades
Related Information

Doctors and Patients, Not Government, Should Decide if Cannabis is the Right Treatment

One of my early role models was my grandfather, Blair Testin. He was a robust man who was filled with energy and a heart and mind for service. He worked for the State of Wisconsin as an expert on the state’s retirement system, and he passed his interest in government on to me. I loved him very much, and it affected me a great deal when he was diagnosed with lung and bone cancer.

I watched as the cancer and the chemotherapy treatments caused him to lose his appetite, weight, and much of his strength. It was hard to see this strong and vibrant man grow weaker. I saw him make the decision to go outside the law to seek treatment with medical marijuana. It restored his appetite, and I believe it added months to his life. I am grateful for all the time that I had with him.

This is my story – but there are thousands more just like it from all across Wisconsin. I’ve spoken to people with similar accounts from each of the six counties I represent. It’s time for government to stop turning patients into criminals. The decision to treat a medical condition with cannabis should be between the patient and the doctor – that’s why I’ve co-authored a proposal to legalize medical cannabis with my colleagues Representative Chris Taylor (D-Madison) and Senator Jon Erpenbach (D-Middleton), both of whom have been leaders on this issue in previous sessions. I believe both parties in the legislature can come together on this issue and get results for patients in Wisconsin.

Already, doctors are allowed to prescribe medicine derived from far more dangerous substances. Opiate abuse is a serious problem both in our state and across the nation. As we make it more difficult for those who would abuse these drugs to access them, we also make it more difficult for those in need of legitimate treatment to get the care they deserve. Medicinal marijuana can help fill that gap with fewer side effects and less long term risk.

I know this idea isn’t without controversy. The stigma attached to marijuana is decades old, but the real world experiences of patients – friends, neighbors, or relatives – have been helping to diffuse that. With this bill, we are hoping to provide doctors and patients with an option.