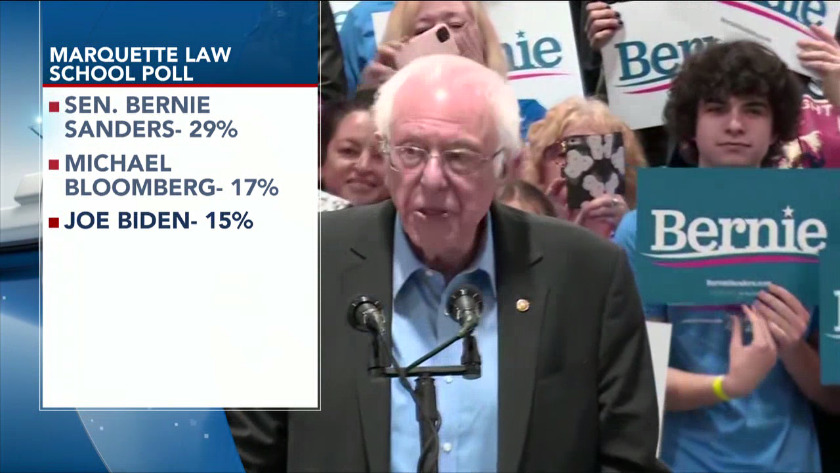 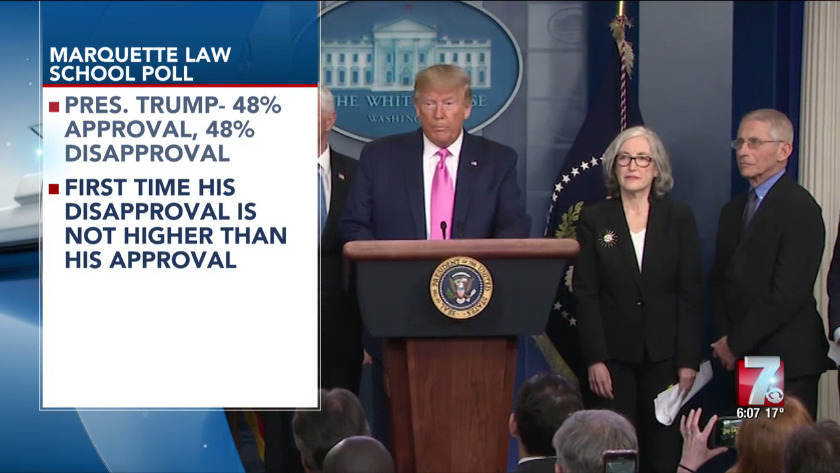 WAUSAU, Wis. (WSAW)-- We still have 6 weeks before Wisconsin's Presidential primary, and there seems to be a shift happening among the democratic candidates among Wisconsin voters.

The latest Marquette Law School Poll is out and it's showing Wisconsin voters are starting to follow the trend of voters that have come before them.

The Marquette Law School has held 6 polls since August of last year. This is the first time Senator Bernie Sanders sits atop that poll with Wisconsin voters.

Sanders is now the first choice for 29% of the registered voters who took part in this poll. Last month he was at just 19%.

Michael Bloomberg experienced an even bigger gain, going from 6% in January to now 17%.

"Well, certainly knowing which candidates are looking strong for voters who are choosing is a big part of the early events," said Charles Franklin, poll director. "It lets Democratic primaries here have an idea of how other democrats in other states really reacted to the candidates."

The poll is also showing us a first for President Trump.

President Trump's approval rating continues to increase, ever so slightly, among Wisconsin voters. Going from 47% to 48%. His highest mark since taking office.

His disapproaval rating is also at 48%. Since President Trump has been a part of the Marquette Poll while in office.

It's only the 2nd time he's been below 50%, the first was back in march of 2017. But this marks the first time that the president's disapproval is not higher than his approval.

"What's driving that is positive outlooks on the economy that got especially more positive in the last third of 2019 and January and February of this year," said Franklin.

This latest poll was conducted February 19-23, among 1,000 registered Wisconsin voters.