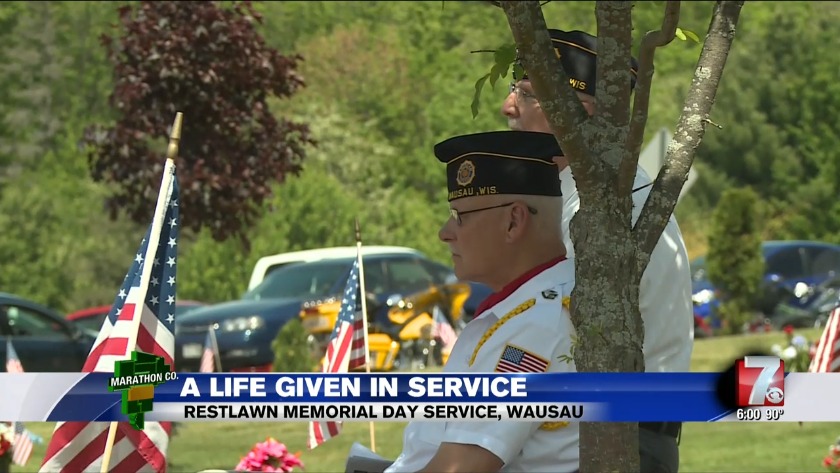 Giving everything in service 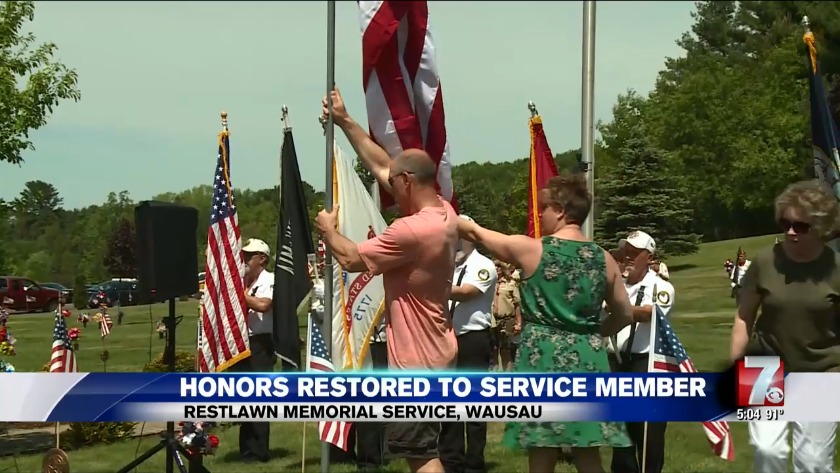 WAUSAU, Wis. (WSAW) -- Memorial Day is a day designed to allow people to remember the military members who died while serving their country. People in north central Wisconsin joined that remembrance day through a memorial service at Restlawn Memorial Park in Wausau.

The 132nd Wisconsin National Guard brass quintet welcomed people in to a series of speakers and traditions held to honor fallen service members, including placing a wreath at the veteran memorial, a history of the military flags, a 21 gun salute, and a roll call of local members who died in service.

Four families hoisted four flags honoring their soldiers who recently died. One of those four, however, was killed in 1951. Wausau native Army 2nd Lt. Jerome Sudut, paratrooper and military police officer, was killed while leading his troops in the Iron Triangle. He was buried at Restlawn in 1952, then awarded the nation's highest honor, the Medal of Honor shortly after. However, because he was buried before he was awarded the honor, he gravestone did not reflect his bravery.

Thanks to a member of the Medal of Honor Historical Society, the oversight was corrected about two weeks ago, giving him a new gravestone baring the honor.

"He's got the Congressional Medal of Honor, just a great thing to see and if other people come and visit, they can see that he was a real war hero," his nephew, Terry Martin said.

The four flags dedicated this year also have small gold plates fixed to the polls so people can learn a little bit about who they are dedicated to.