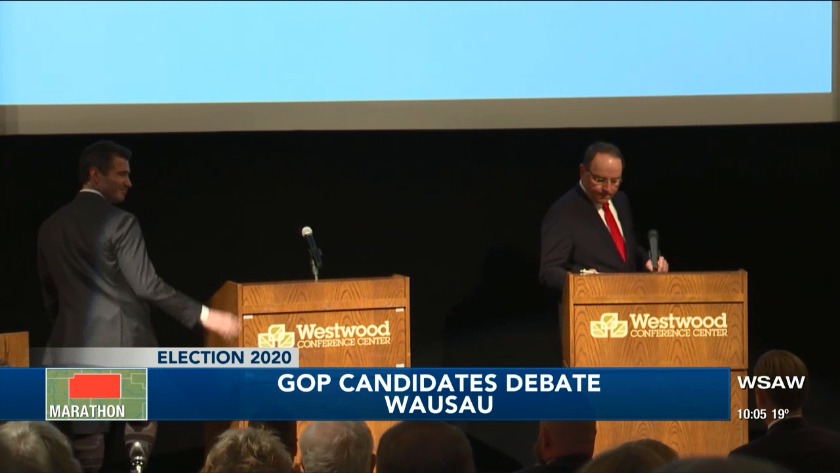 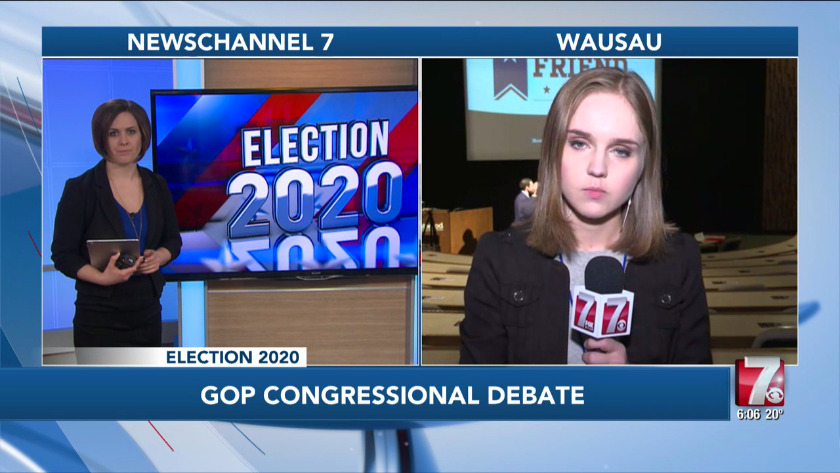 A question over the $23 trillion national debt provoked one of the more significant disagreements over the night, where discussion over immigration, national security, abortion, health care and education often fell along similar policy lines. Prevailing wage law became one of the few dividing moments of the evening, with Tiffany accusing Church of failing to support the President on the issue of repealing the Davis-Bacon Act.

“This is a distinct difference between me and my opponent in this race. I support the repeal of the Davis-Bacon law at the federal level. My opponent does not,” Tiffany said.

Early on in his presidency, Trump briefly floated the idea of repealing the act, according to Politico reporting, but has since backed away from the issue.

Church emphasized throughout the night that he “has been with President Trump since day one,” saying he had never wavered in support of the president since Trump first announced his candidacy. Tiffany often fell back on his history in the Madison legislature, where he served in the Assembly between 2010 and 2012 before being elected to the state senate where he has served ever since.

Similar themes in both candidates’ responses included increasing transparency in health care, support for pro-life causes and the overthrow of Roe v. Wade, and reducing federal control of K-12 education—including Tiffany questioning a need for the federal Department of Education.

Tiffany talked about a diminishing role of fathers in children’s lives when asked how he responded to criticism of men playing a role in the abortion debate and advocated overturning Roe v. Wade. “The states should be allowed what they’re going to do. I may not agree with that state, but it should not have been decided at the federal level.” Church called abortion an “abomination of a practice”, and referenced Roe v. Wade when discussing specific policies he would fight against in Congress.

On voting against a resolution condemning the president’s withdrawal from Syria, both candidates said they would have voted against the resolution, while Tiffany added that the issue had more nuance and he would have tried to speak to the President privately regarding the move. Recent reporting from the Washington Post on the Afghanistan Papers, revealing years of officials misleading the American public regarding the progress of the war in Afghanistan, was not referenced by the candidates.

The debate was hosted by No Better Friend Corp, founded earlier this year by former GOP Senate candidate Kevin Nicholson. It derives its name from a Marine term “No better friend, no worse enemy.” Its mission, per its founder, is to grow the conservative movement in Wisconsin “through both idea advocacy and the implementation of tangible solutions.”

The candidates face off in the primary election on February 18 after Church collected 1,620 signatures and Tiffany received 1,982 to make the ballot. Click here for a 7 Investigates project featuring the same 12 questions with all current Congressional candidates.

Wisconsin is moving forward with April 7 primary despite coronavirus concerns

Wisconsin is moving forward with April 7 primary despite coronavirus concerns