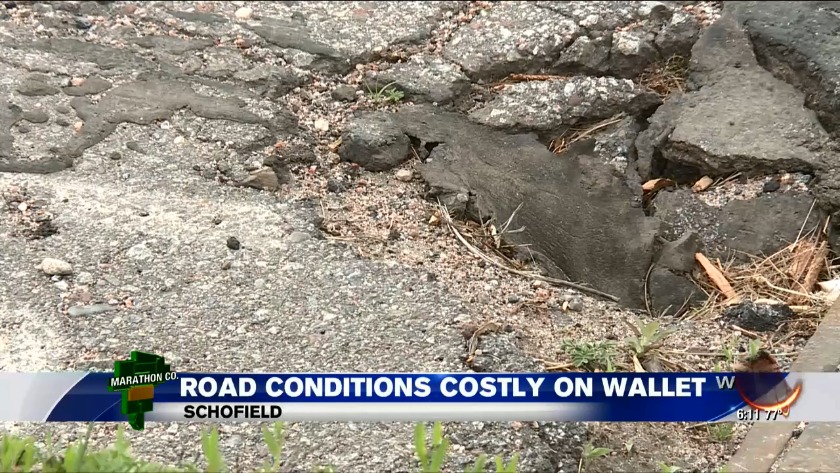 Vehicle repairs can be costly after driving on rough roads 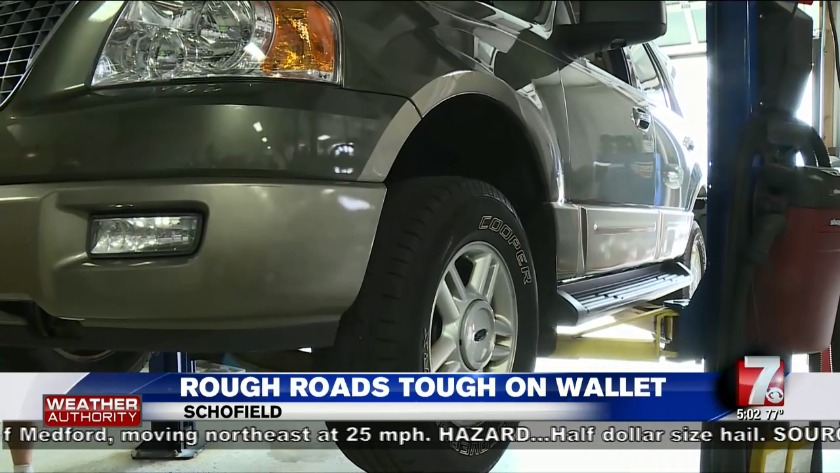 SCHOFIELD, Wis. (WSAW) -- A report from the American Society of Civil Engineers shows 27 percent of public roads in Wisconsin are in poor condition, costing state drivers $637 each year.

The findings are part of a 2017 Infrastructure Report Card, conducted for all 50 states.

Some of the high cost of driving on broken roads often comes from wear and tear on car parts.

Jay Alfsen is the owner of Jay's Auto Body in Schofield. He says there are many components on a vehicle that can be damaged from rough pavement and potholes.

While the Infrastructure Report Card suggests hundreds of dollars can be lost for drivers who commute over rough roads, Alfsen said too much wear and tear from that kind of pavement can take an even bigger toll on you wallet.

"There's an awful lot going on on these front ends that can that can just cause thousands of dollars when you have a problem like that," Alfsen said.

Besides being careful while driving, and slowing down over rough surfaces, Alfsen believes a simple step to prevent bigger bills from your mechanic in the future is to schedule routine maintenance visits for your vehicle.

"The best thing I could advise would be get your car inspected by a professional at least twice a year," Alfsen said. Make sure those parts aren't wearing out, because these rough roads that we have, that's going to take a toll on them."

The summary from the Infrastructure Report Card states that improving Wisconsin's infrastructure requires an investment at all levels of government.