Rep. Duffy and wife Rachel sit down with Sunrise 7 to discuss future 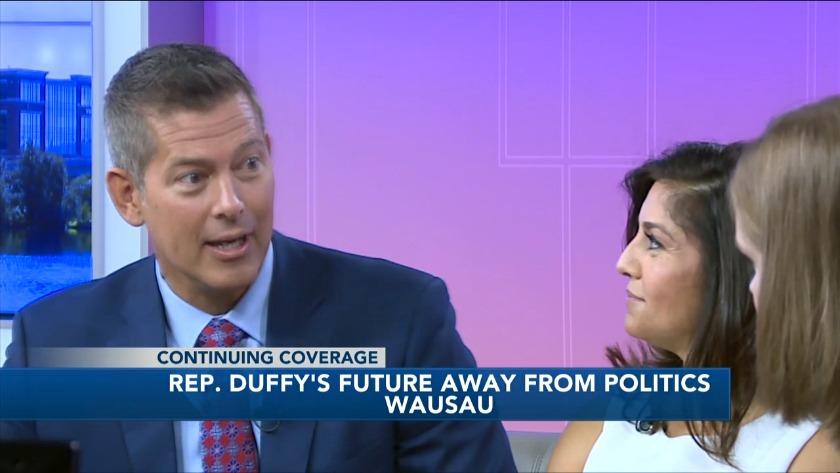 Sean and Rachel Duffy talk about what's next after resignation 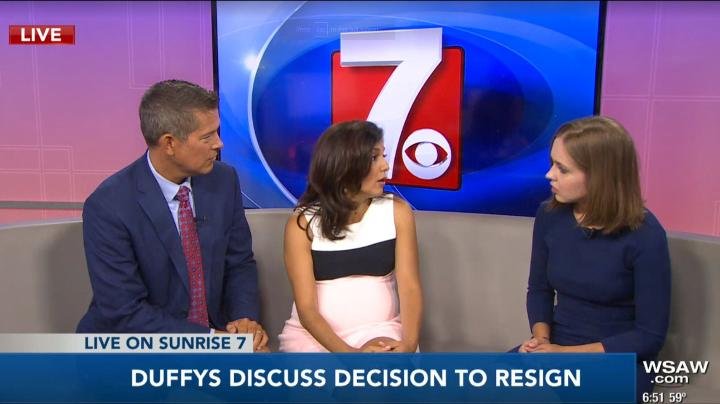 WAUSAU, Wis. (WSAW) -- In the wake of Republican representative Sean Duffy's resignation announced on Monday, Duffy and his wife Rachel Campos-Duffy sat down with Sunrise 7 Tuesday morning to discuss the congressman's future.

Duffy cited the upcoming delivery of his ninth child as the reason for his departure, telling NewsChannel 7 the baby will most likely require open heart surgery upon delivery.

"More than likely in the first two to 6 months of life, we'll have to do open-heart surgery to repair a couple holes that are in the heart," Duffy noted.

"It's an honor of a lifetime to serve, you know, central, northern, western Wisconsin. I can't believe I've had this opportunity and people put this faith in me. But you always have to balance, you know, the love of politics and service with family."

"Every six months, most congressional families are kind of reassessing, how's it balancing," Rachael said. "I'm also proud that he's looking at this situation and going, 'Hey I got to figure out what's right for my family and put my family first,' and I think those are qualities that made him a great congressman and it's also what makes him a great husband."

In regards to the future of the 7th Congressional District in Wisconsin, Duffy believes it will remain Republican.

The soon-to-be father of nine said he's thankful for his just as many years serving Wisconsin's 7th Congressional District.

As far as the future, Rep. Duffy said there are possibilities.

"I'm not out to pasture, I'm not passing away. Who knows what my future holds, but right now what our future holds is making sure this little baby is healthy and safe and then we'll kind of decide what we do from there."

First elected in 2010 to represent the 7th Congressional District, Duffy has won re-election three times in an area that consistently and solidly votes red, beating his last three Democratic opponents by at least 20 percentage points each time. Duffy was the former Ashland County District Attorney at the time of his election, and replaced longtime congressman, Dave Obey. Since Duffy's resignation, the Cook Political Report has shifted Congressional District 7 from Solid Republican to Likely Republican.