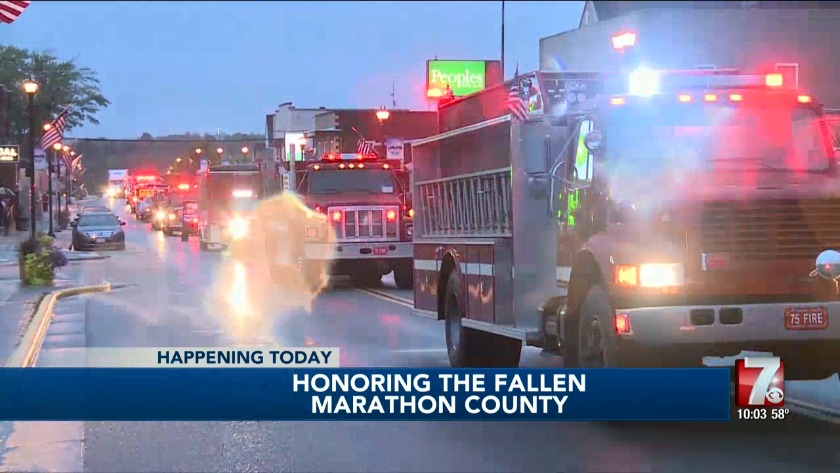 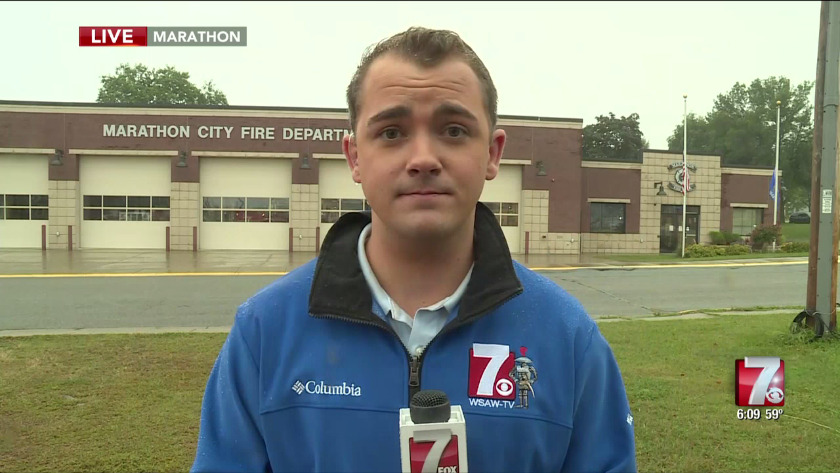 MARATHON, Wis. (WSAW) -- The September 11 terrorist attacks happened hundreds of miles away, their impact felt throughout the nation and world. Wednesday, 18 years later in the small community of Marathon, firefighters and first responders honored those who lost their lives in a big way.

“This day has always meant a lot to me,” said Marathon firefighter Craig Prihoda. “I thought we should do something, and that’s how it started, just a bunch of us walking up the hill.”

In 2011, Prihoda and a group of firefighters put on their full gear, and walked up the Main Street hill in Marathon, a tribute to the 343 first responders who gave their lives responding to the 9/11 attacks.

Wednesday, Prihoda and his fellow Marathon firefighters were joined by responders from Athens, Maine, Hamburg, Tomahawk, Edgar and more, all paying their respects, with a silent walk up the Marathon hill.

Like many others, Jay Hammerstrom attended the walk with his family, wanting to show support for the nation he loves, and those who help protect it.

“I want my family, my son, to remember those who are fallen,” said Hammerstrom, whose 8-year-old son wasn’t alive for the attacks. He says it’s still important for them to know the significance of this date.

“Show support for our country, patriotism for our great nation.”
It’s that kind of pride and patriotism that Prihoda hopes to see for years to come.

“In tragedy, it unified us as neighbors, brothers and sisters,” added Prihoda. “I think we need more of that in the world today.”