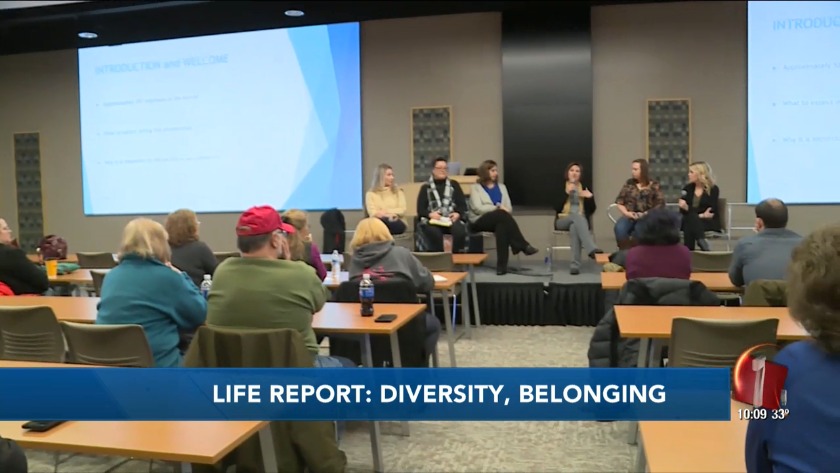 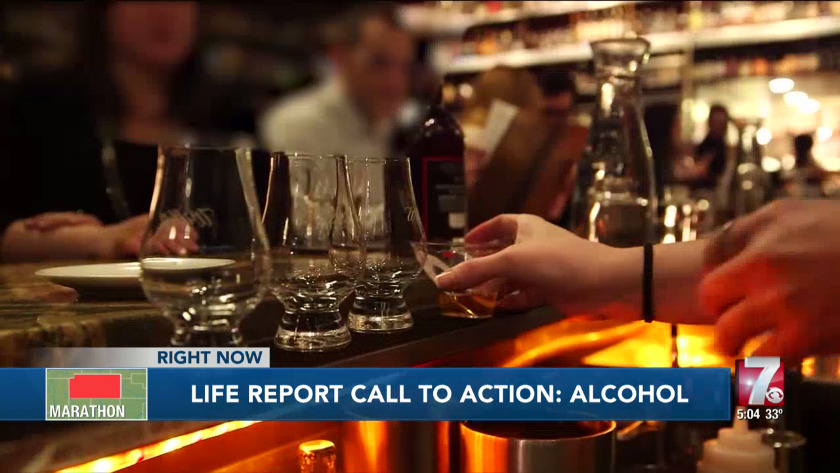 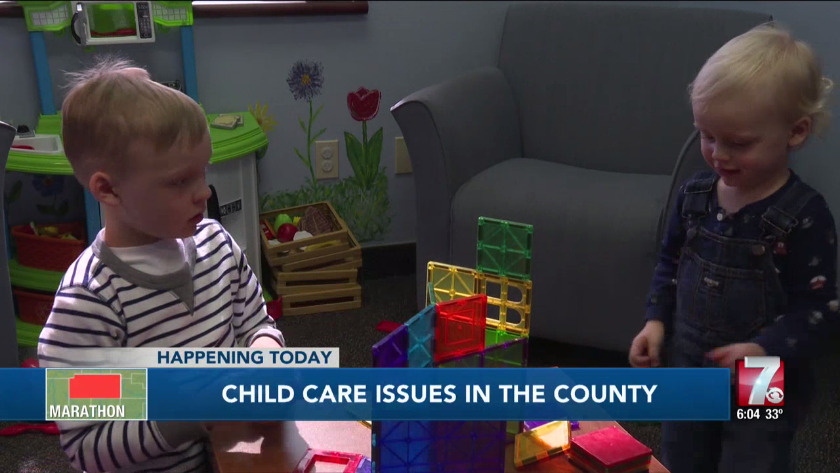 MARATHON COUNTY, Wis. (WSAW) -- The 12th edition of the Marathon County LIFE Report is out and it has seven topics it's calling on the community to act on.

There are several items in the report that have consistently been major topics over the years, whether they be problems or strengths of the community. The United Way of Marathon County's executive director and CEO, Jeff Sargent said child care is one of the newer issues that has grown into a bigger problem.

Affordability is going in the opposite direction; one child costs between $7,400-$9,500 a year in the county, with infant care being even higher.

"If you're a professional in this community and your work-life is an important aspect of who you are as a person, to then be faced with this challenging decision about what does this mean to me as a person? Some people are sacrificing because they feel like they can't afford it," Sargent said.

While affordability is a challenge, child care professionals are not seeing the benefit of those prices. The average hourly wage of a child care teacher in the county is $10.91, while a child care director is $15.26.

The LIFE Report is empowering individuals and organizations to do a few things for the issue of child care. That includes creating "outside investments to support our early childhood teachers and our children." It also encourages exploration into "how businesses and school districts can support quality child care for their employees..." For affordability, it asks to "address the cliff of eligibility requirements in public benefits in regard to childcare," as the income threshold cuts families off quickly after reaching it even if that increased income is not enough to handle childcare without assistance.

Sargent said solution conversations have begun, including reaching out to legislators, but there is a long way to go before that issue is solved.

Another big topic that the LIFE Report stated as a consistent major problem is alcohol. The report found it to be the number one substance of abuse in Marathon County.

Adult binge drinking in the county is at 27%, which is higher than the state average of 24%. Rates of user-reported drinking and driving are not getting worse, but they are not getting much better either going from 10% in 2017 to 8% in 2019. OWI arrests also continue to decrease over the last decade.

Dr. Jon Snider, North Central Health Care's clinical psychologist said Wisconsin's culture makes abusing alcohol easy. He said even if someone is not addicted to it, people who do not want to drink are often pressured.

"You know, when you have churches that have alcohol at their events, it's really is narrowing the field for people, especially for those that are younger," he said. "I mean, try being 22 and meeting somebody in Wisconsin if you're not going to bars."

He said fostering an environment where the pressure to drink is off or there is no alcohol present at all can help with the problem of abuse, especially for people addicted to it.

Drug treatment and recovery also continues to be an issue of need in the county. Thursday, 7 Investigates mentioned one new program identified in the report around this topic. The MAT or Medically Assisted Treatment program recently started in the jail with one person.

"It has to do with identifying inmates who are going to be released soon who maybe have a long history of alcohol or drug use and abuse that we know is kind of essentially the underlying problem for their criminal behavior," Sandra La Du, Marathon County jail administrator said.

This person has been in the program for a little more than a month. The person's underlying problem and reason for criminal behavior is alcohol use. As part of the program, this person is getting treatment at North Central Health Care and is reportedly doing very well. The LIFE Report is encouraging expanding the program outside the correctional setting into the community.

NewsChannel 7 will continue to analyze the LIFE Report and share its findings.