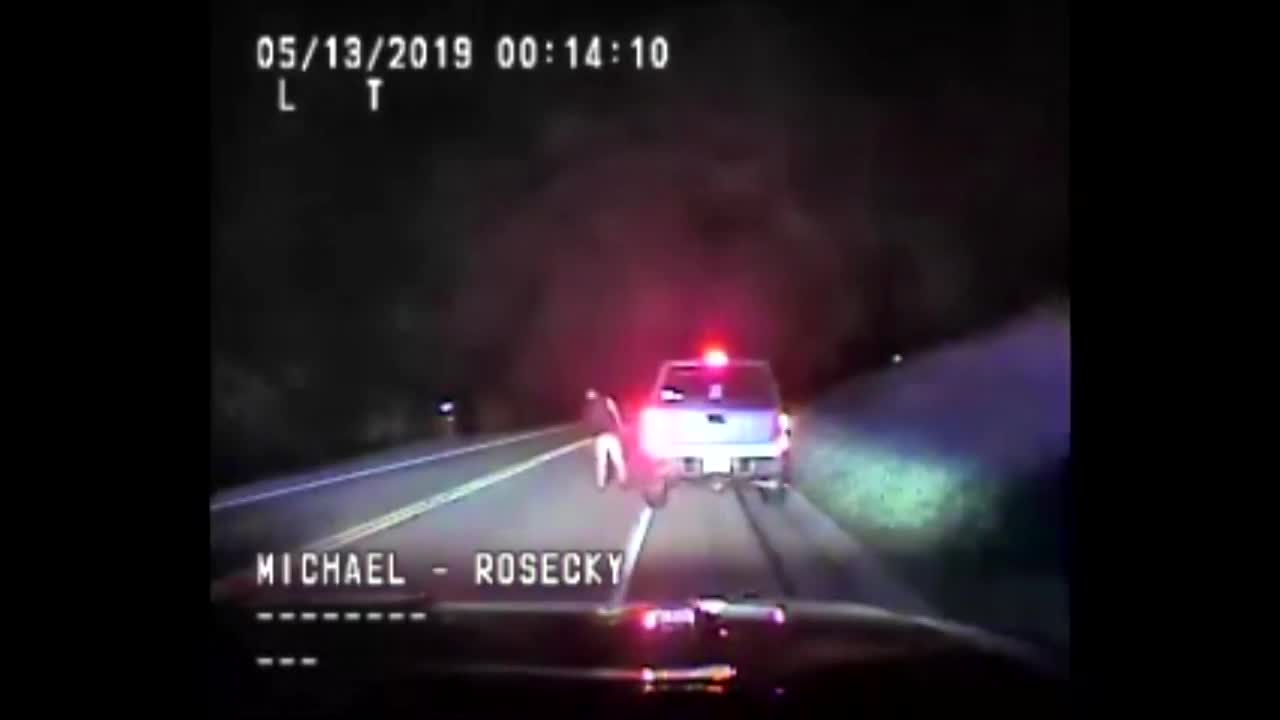 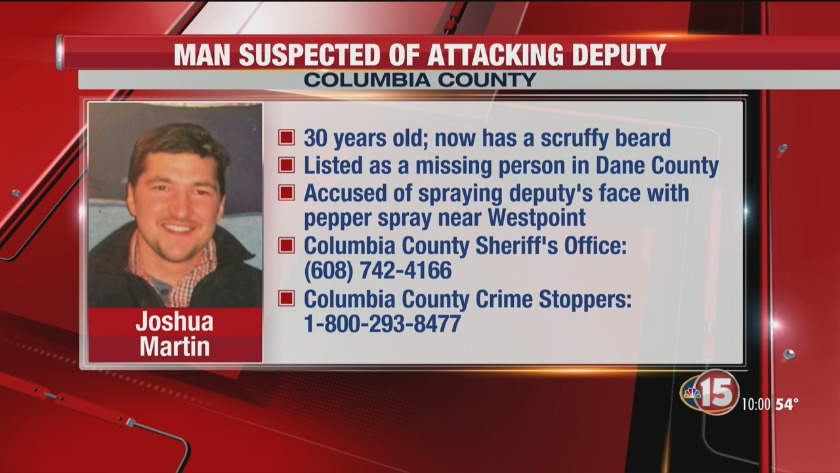 Sheriff Roger Brandner says Deputy Michael Rosecky momentarily lost his sight when he was sprayed in the face during a recent traffic stop. Dash cam video released Tuesday shows the deputy drawing his weapon after he was sprayed and the suspect driving away.