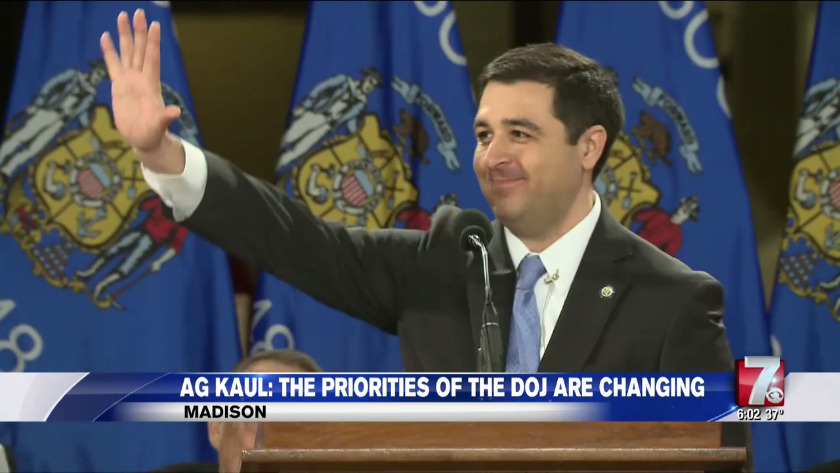 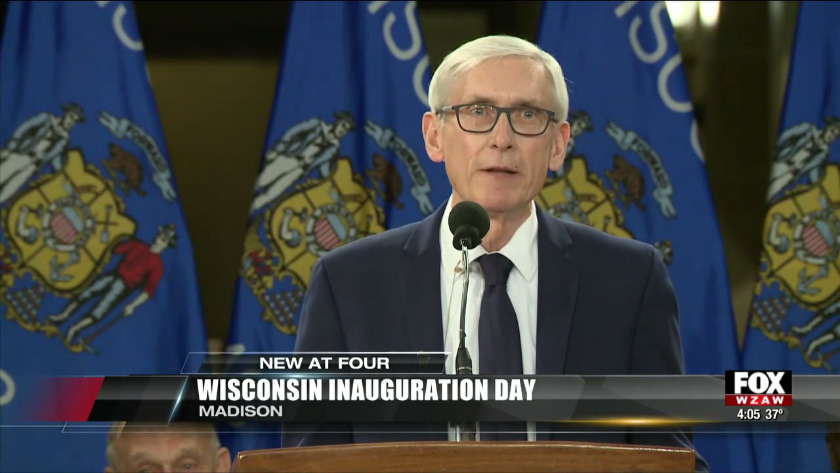 New lawmakers, including governor, sworn in at State Capitol

MADISON, Wis. (WSAW) -- In the spirit of the state’s motto, Wisconsin is moving forward. Five new leaders took the oath of office in Madison on Tuesday including Governor Tony Evers.

Gov. Evers took his first opportunity to speak as Wisconsin’s commander-in-chief to not only touch on the issues he campaigned about, but to address the political climate in Wisconsin.

He says people need to come before politics, that we’ve become content with division, and we need to bring back Wisconsin values.

“I’m Tony Evers, and I’m incredibly proud to be the 46th Governor of the great state of Wisconsin.”

In his first speech in office, Gov Evers alluded to Wisconsin losing its core values.

“We’ve gotten away from who we are and the values that make Wisconsin great—not Republican or Democratic values, but our Wisconsin values of kindness and respect, empathy and compassion, and integrity and civility,” he said.

He also talked about setting aside politics and party to provide solutions for Wisconsinites. With republicans taking the majority in the assembly and senate -- finding common ground will be key.

“If they choose to work with us on issues like protecting health care, investing in our roads, investing in our schools, we can accomplish great things. I see today as an invitation for all of us to do the right thing for the people of Wisconsin,” explained Democratic State Representative Katrina Shankland.

Republican legislators in our area say many of the issues Gov. Evers campaigned on make that list.

Republican Representative Pat Snyder said he hopes the momentum of finding solutions to issues they agree on will carry over to other problems in need of addressing.

“Certain things will need a lot more discussion and debate, but when they voted the way they did that’s what Wisconsinites wanted, so that’s why I want to get on the issues that we agree on,” Rep. Snyder said.

Gov. Evers closed by saying he’s hopeful about the future.

“We must dare greatly to go forward in the face of adversity and uncertainty. We must dare to make space for hope here once again. And today, we turn toward the future and we move forward, together,” Evers said.

How the issues talked about on the campaign will be handled remains to be seen. Gov. Evers made youth justice reform a priority as well and plans to visit Lincoln Hills-Copper Lake schools within his first week in office.