Knowing your rights as an employee during the coronavirus pandemic 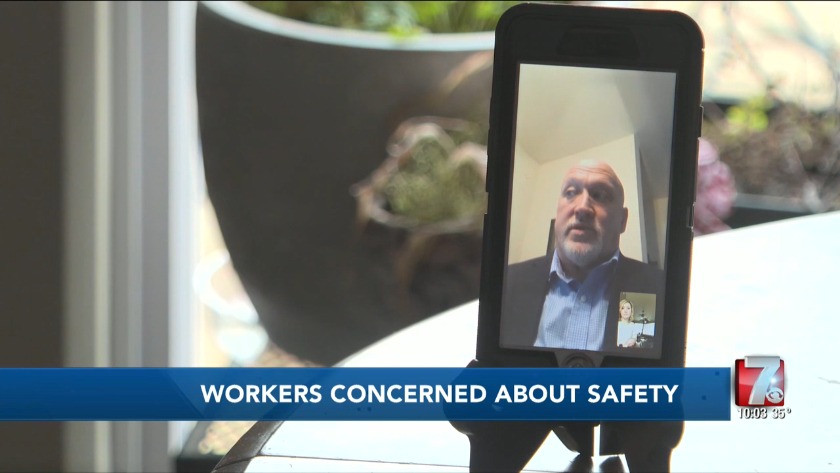 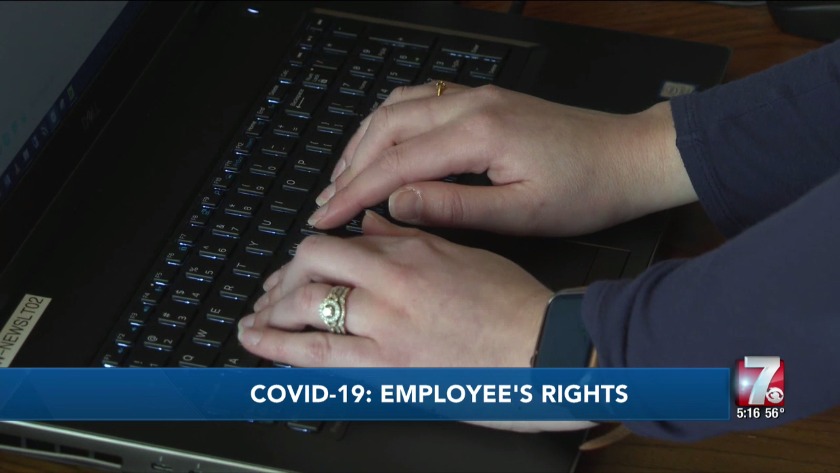 Your rights as an employee during the pandemic

(WSAW) -- When you look at Wisconsin's list of businesses that are considered essential, few businesses are left out. As industries figure out how to survive and manage employees amid this coronavirus pandemic, the changes are impacting workers.

Know your rights as an employee as industries change their protocols during the coronavirus pandemic.

"Today, I got an email, in fact, from somebody saying my employer told us yesterday that our next pay check, which is for the last two weeks, will be paid a 20% decrease. That is not okay," Jim Chiolino said.

He is the director of hearings and mediation at the Wisconsin Department of Workforce Development Equal Rights Division. He said employers have made a lot of changes to hours and wages over the last few weeks.

"The employer can change the terms of that agreement, the wage agreement, as long as they do it prospectively," he stated.

"If you continue working after you've been told that there's been a change to your wage agreement that then you've accepted it, but it really contemplates you being able to make that decision," he explained.

It is the same when it comes to hours; employers have the right to cut or change them. However, if you work 32 hours or less a week, you may be eligible for some unemployment benefits.

"We've also heard employees saying, I've been laid off and the employer is requiring me to use vacation time or PTO before I can collect unemployment," Chiolino said.

He explained employers have the right to designate vacation time to a particular week, but they cannot tell employees not to file for unemployment. However, Chiolino said if your employer does designate that paid time, unemployment benefits likely will not kick in until after that paid time is complete.

"If people simply aren't getting paid," he continued, "and we have heard that also, that payday's passed and the employer can't or won't pay them, then they can come to us with what's called a wage claim."

You can file one of those claims here. The number to reach that department is (608)266-6860. This is a different number than DWD's unemployment line, which has been bogged down for weeks.

For those who still have to physically go to work during this pandemic, keeping themselves and their families safe and healthy can be tricky. Several people who are in that predicament have reached out to NewsChannel 7 saying they are concerned about the conditions at their workplace.

"I feel like I should be able to protect myself," said an area convenience store worker.

She said she and some of her other coworkers would feel more comfortable wearing a facemask and gloves at work. She told her employer she can provide the gear herself.

"They're refusing to let us wear a face mask in our workplace during a pandemic," she said.

The explanation she got was because the World Health Organization is not making that recommendation right now and they believe customers will think she is sick.

"They actually told them that if they don't agree with it, take a leave of absence," she said.

Chiolino said he is not aware of any law that would require an employer to accommodate that request if the job does not already require it, like health care workers. The exception is for people with a disability. That could be considered a reasonable accommodation, which legally employers have to make for employees with disabilities.

"If they're performing essential services, they should work with their employer," Chiolino said.

"I work on an assembly line where you're tripping over each other, you're using the same power tools constantly. There's really no way to sanitize anything," said a factory worker from north central Wisconsin.

He said his managers were not sympathetic to employees' concerns either, until this week. Even so, he explained social distancing and stopping the spread of germs is almost impossible inside a factory.

"As far as a factory goes, where the disease would really spread like a brush fire would be from handling the same tools, handling the same products, moving the product down the line," he said. "You just can't control that."

According to Chiolino, employers have to implement the governor's orders as best they can and law enforcement agencies are the ones who can hold businesses to those orders. Again, if you, not a family or other household member, has a disability, your employer has to make reasonable accommodations for you.

"If there isn't a disability there, there isn't really anything under the law, under the laws we enforce certainly, that would require an employer to allow somebody, just because they're afraid of what might be happening, to take time off," Chiolino said.

In response to the coronavirus, the federal government expanded family medical leave and required paid sick leave for employers with less than 500 employees. The leave only applies if you are unable to work because you have been directed to quarantine or isolate yourself, you are caring for someone for those reasons, or if you have a child at home and you do not have childcare options.

Regardless of the pandemic, OSHA requires employers to create a safe work environment. It created a pandemic guide with recommendations for employers. In it, it said employers are obligated to provide their workers with personal protective equipment, but what that looks like depends on the level of risk that worker is in for being infected with the disease.

"Sooner or later it's going to be here, it's only a matter of time," the factory worker said. "It's inevitable."