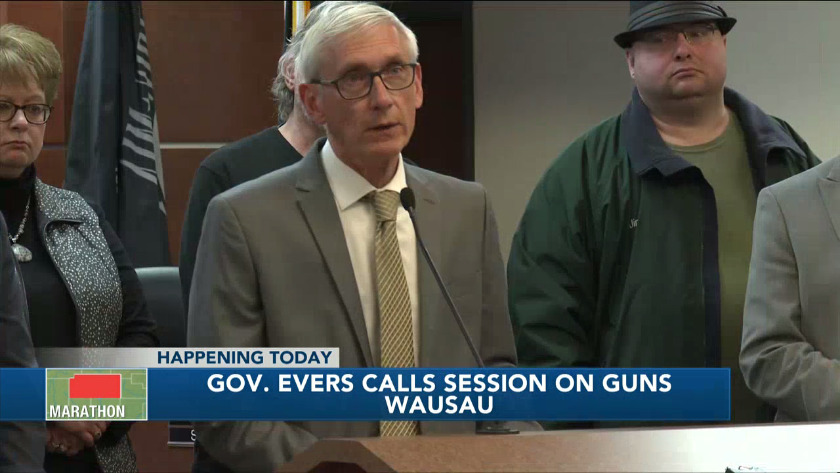 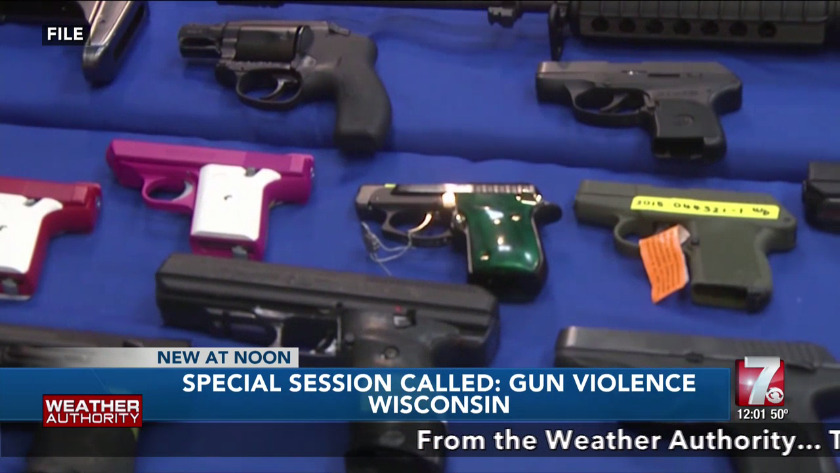 One bill would require universal background checks on gun purchases, and the other would create a "red flag" process, giving law enforcement a process to remove someone's gun if they are a threat to themselves or others.

"The consequences of this continued inaction are too high, folks," Gov. Evers said.

Governor Evers says the special legislative session would be November 7.

"The people of Wisconsin should know where their state reps stand on this issue. And the only way they're going to know is if we take it to the floor and take a vote," he said.

The governor emphasized how the red flag bill relates to suicide prevention.

"The majority of gun violence in the state as it relates to suicide, or suicides in the state, relate to gun violence. I had a grand-nephew that blew his head off because he had ready access to a gun,” he said.

He says he is hoping the Republican-controlled legislature will bring the bills to a vote.

"Since taking office in January, I have called on the Legislature to take action and pass commonsense gun safety reform time and time again, giving Republican leadership the opportunity to hear the people of our state and to do the right thing," Gov. Evers said. "Today I am delivering on my promise to call a special session to address gun violence across our state and I'm calling on Republicans to work with Democrats to get this done."

Lt. Gov. Barnes also spoke on the issue, saying, "if you think it's just a city issue, or an urban issue, you're wrong."

Black children in Wisconsin "are more likely to be killed with guns than African-American children in any other state," he said, citing data from kidsforward.net.

NewsChannel 7 reached out to the 10 State Assembly and 5 State Senate members who serve Central Wisconsin to see if they intended to support one or both of the bills Governor Evers proposed. Responses are below.

"Given the limited number of session days the legislature has had this year, I appreciate the opportunity to be brought into session so we can debate and take action on legislation that 80% of Wisconsinites support. I also look forward to hearing from constituents on these bills and welcome the upcoming dialogue. I support meaningful reforms that protect our community members across Wisconsin while also protecting the rights of gun owners. I believe we can do both if we come together." Rep. Katrina Shankland (D- Stevens Point).