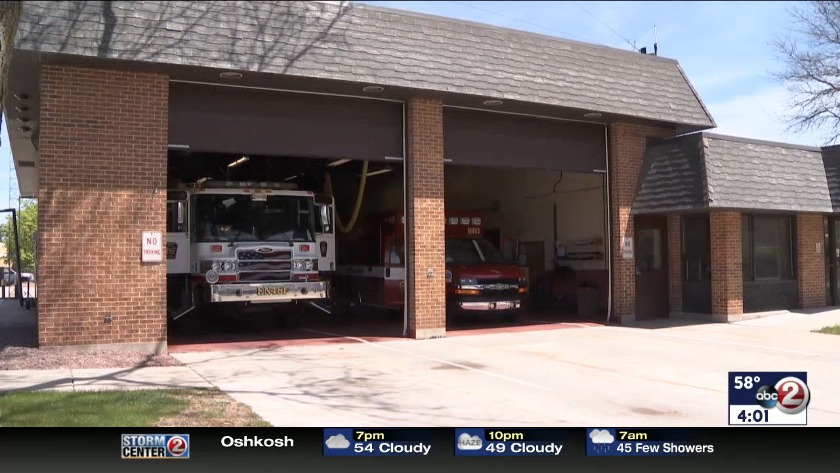 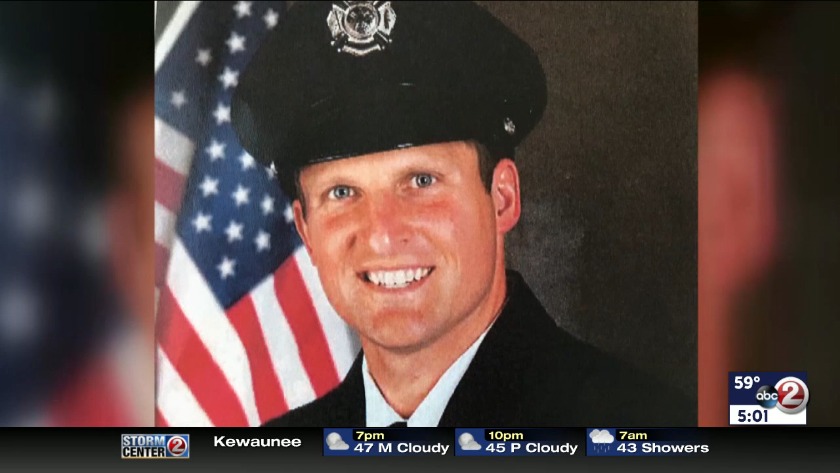 At 1 p.m. on Monday, May 20, Appleton first responders will have a processional from Brettschneider-Trettin-Nickel Funeral Chapel, 606 N. Oneida St., to Appleton Alliance Church, 2693 Grand Chute Blvd., in Grand Chute.

The procession from the funeral home will go east on Atlantic Street to N. Drew Street, turn west on W. Wisconsin Ave., north on N. Mason St. then west on W. Capitol Dr., north on N. Lynndale Dr., under I-41 to Grand Chute Blvd., ending at Appleton Alliance Church.

A private funeral will follow. Uniformed personnel are invited to remain for the service. It is not open to the general public.

At the end of the funeral services, another procession of emergency vehicles will go from the church back to the funeral chapel.

Fire Chief Jeremy Hansen encourages people to line the procession route before and after the services in a show of support.

We reported earlier that a private, family-only funeral service is planned for Tuesday.

Appleton firefighters will have time off to mourn and celebrate their fallen brother thanks to the help of other fire departments.

When the alarm sounds, despite losing one of their own just two days ago, the Appleton Fire Department still needs to respond to calls.

But as with any line of duty death, and in this case, too, public safety steps up to help their own. That support started rolling in immediately after the shooting and continues today.

Less than 24 hours after the shooting, Appleton Fire Chief Jeremy Hansen said, "I would like to express my sincere appreciation to the fire departments and law enforcement agencies across the State of Wisconsin and across the country. The outpouring of support in this difficult time has been tremendous."

And that support will mean even more on Monday, when firefighters from Madison, Grand Chute, Oshkosh, Neenah-Menasha, Green Bay, Fond du Lac, and Milwaukee staff the six Appleton fire stations. Crews will take over and allow members of the Appleton Department to attend services for Mitch Lundgaard.

Asst. Chief Goplin adds, "We'll be following their response models down there. And as soon as they get there, they get situated, check everything out, make sure they know what's going on and then they do their job."

Coverage by other departments on Monday is scheduled for 12 hours, but they are fully prepared to stay longer if needed.

"They're more than willing to help and that's the great part of this service, that feeling, that sentiment is there," adds Goplin.

Appleton city offices will close early on Monday to allow city employees time to attend the visitation. Non-essential offices at City Hall will close at 2:30 p.m.

Mayor Tim Hanna wrote, "This has been a trying few days for our departments and our community... As an organization we value our employees and we want to allow our them the opportunity to pay their respects."

Read the original version of this article at wbay.com.