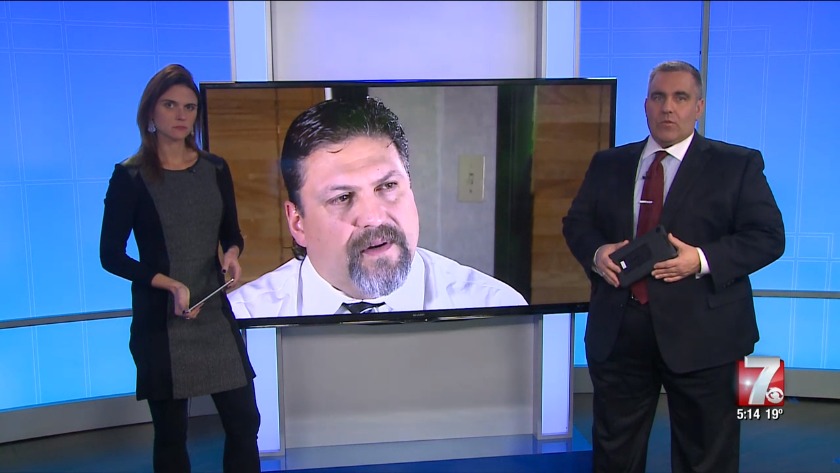 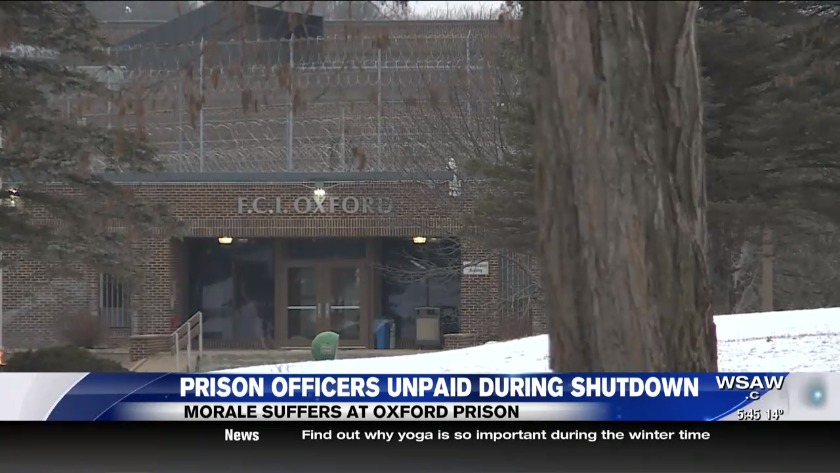 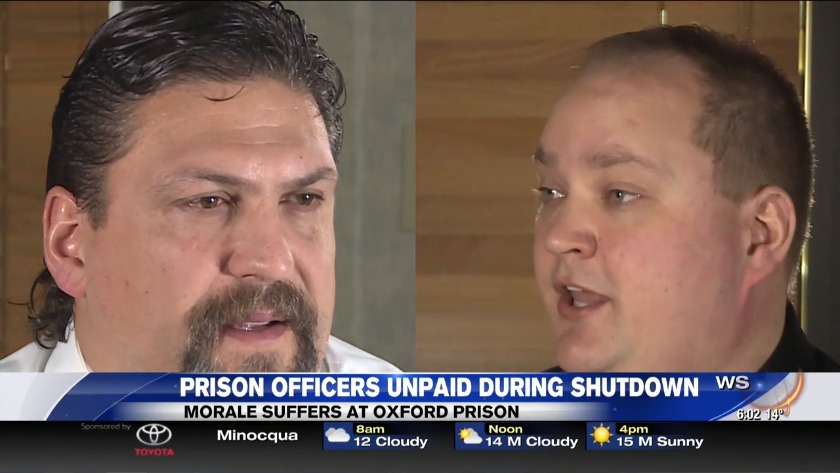 OXFORD, Wis. (WSAW) Prison guards at Wisconsin’s only federal prison are speaking out in the midst of the partial government shut down. All of Oxford Prison's employees have been working without pay since Dec. 22.

With no inclination as to when the shutdown will end-- and more importantly, when they will get their paycheck, morale is suffering among workers. President of the Oxford Prison Union Tim Viegut told NewsChannel 7 reporter Emily Boyer that can be dangerous.

"When you got worries at home, wondering how you're going to pay for bills, take care of your family. It's only human that transfers coming inside, working in these walls" he said.

But the government shutdown is just the latest in a series of federal mandates that have made working at the prison difficult, according to Viegut.

"We have augmentation. We're short staffed, and now the fact of not getting paid, it's building up."

Oxford Prison Union Treasurer and Corrections Officer Mel Klitzke said he's almost run out of financial resources. The federal government has offered no access to any of their earned income. According to Klitze, creditors and his mortgage company are not willing to help.

"Right now I'm surviving, but if I miss another paycheck. I don't know what I'm going to do yet," he said.

Klitze added he doesn't have it as bad as some of the other officers. His wife doesn't work at the prison so she’s still getting paid. Her income is keeping their family of 6 afloat... for now.

Tim Viegut and Mel Klitzke are just two among the 800,000 federal employees going without pay while Congress and the President stay locked in a stalemate over wall construction on the U.S. Mexico border.

"We need people to help us. Call Congress. Tell them to end the shutdown," Klitzke said.

And though, federal prison workers have been told it's a complicated issue, for them, it's simple.

"Federal workers shouldn't be used as pawns to get this government shutdown to end. It doesn't matter what side you’re on" Viegut said.

Empty shoes raise awareness about suicide at the State Capitol

Emergency management asking for volunteers to help with tornado clean up

Empty shoes raise awareness about suicide at the State Capitol

Emergency management asking for volunteers to help with tornado clean up