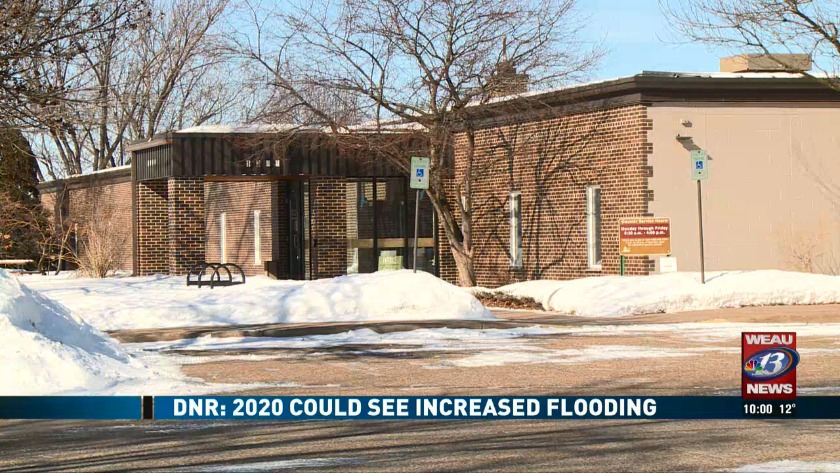 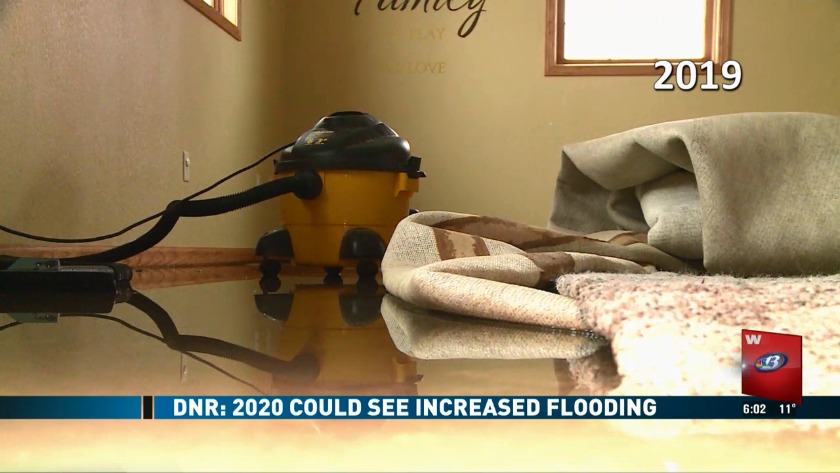 EAU CLAIRE, Wis. (WEAU) -- Snow piles are growing in western Wisconsin and the DNR is advising property owners to get flood insurance before it starts to melt.

“Water itself can cause mold and can cause a lot of issues as far as potential hydro static pressures against your foundation, it can deteriorate wood very easily, flooding water can also contain bacteria,” says Mike Rogney, DNR Water Regulations Engineer.

Governor Evers declared the week of February 9 to be Flood Insurance Awareness Week.

Rogney says flooding is especially likely this year thanks to record breaking precipitation in 2019. According to the National Oceanic and Atmospheric Administration, 2019 was the wettest year on record in Wisconsin.

“Going into this winter the soil was very saturated so what that means is come spring thaw you might not get that infiltration of water so they are predicting that 2020 is going to be very high flooding so we are trying to get ahead of the ball game,” Rogney says. “We are very susceptible to high flood waters, the soil is very saturated and run off potential may be very high.”

According to the National Flood Insurance Program, just one inch of flooding in a home can cost around $25,000 in damage.

Miriam Schwiebert, an insurance agent at the Potter Agency, says attaining flood insurance is important and can give homeowners piece of mind.

“In the right conditions anyone’s home can experience a flood.” Schwiebert says many homeowners are surprised to learn that flood damage is not covered by typical homeowners insurance.

Schwiebert says property owners thinking of getting flood insurance should act soon since many policies take 30 days to go into effect.

“Last year it was approximately when the sun started coming back out and people were worried about the snow that had built up next to their homes and at that point if you are starting a flood policy and the snow is starting to melt it is probably too late,” Schwiebert says.

For people who cannot get flood insurance through their insurance agent, FEMA says to contact the National Flood Insurance Referral Call Center at 1-800-427-4661 to request an agent referral.

Portage County and Stevens Point leaders say they will listen; encouraging marginalized voices to speak up

'I thought he was going to get better': Wife, three children grieve after Nekoosa man dies from COVID-19

Portage County and Stevens Point leaders say they will listen; encouraging marginalized voices to speak up