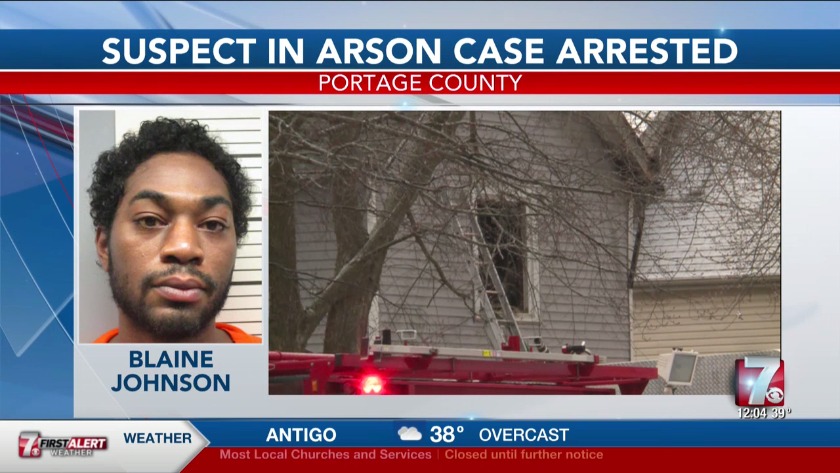 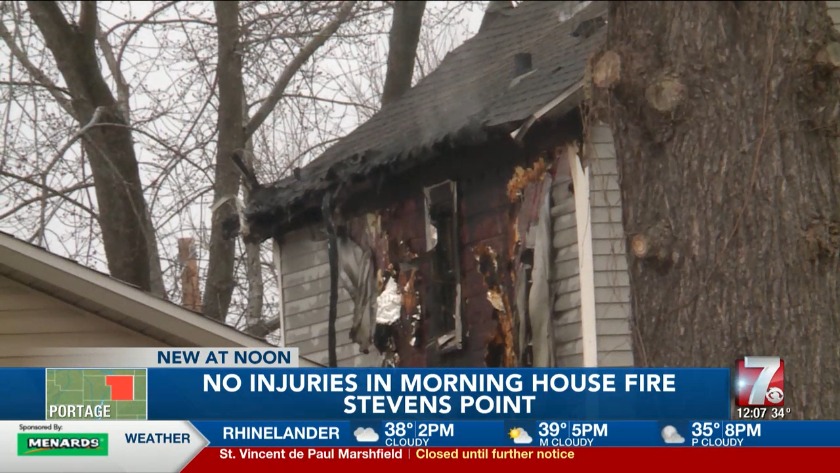 Blaine Johnson was arrested at the Milwaukee airport Monday night. Police said he purchased a one-way ticket to Atlanta.

Investigators said the Stevens Point Fire Department and Stevens Point Police Department responded to a structure fire on 700 block of Smith Street just before 6 a.m. According to Assistant Fire Chief J.B. Moody, upon arrival crews found visible smoke and flames from both sides of the building.

No one was injured as result of the fire.

Johnson will return to court Monday.

Detectives said Johnson traveled to Milwaukee Mitchell International Airport after setting the fire. Johnson was arrested at the airport and was transported back to Portage County. Police say he purchased a ticket to Atlanta.

Police are recommending he be charged with arson, burglary, theft, criminal damage to property, two counts of bail jumping and violating a restraining order.