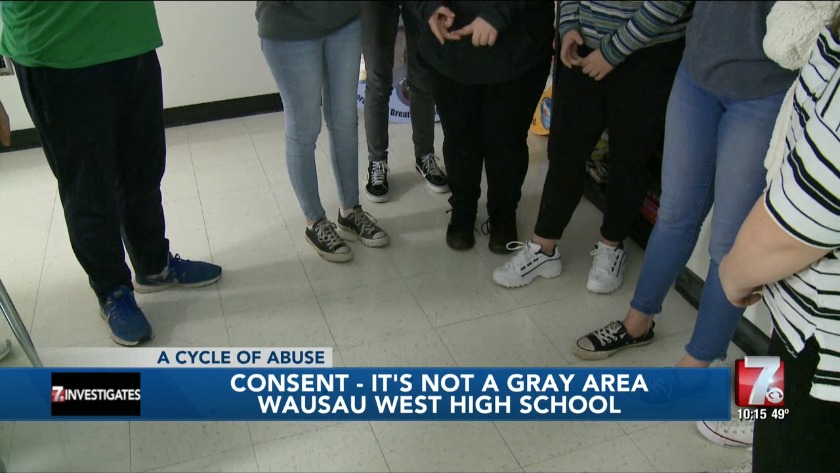 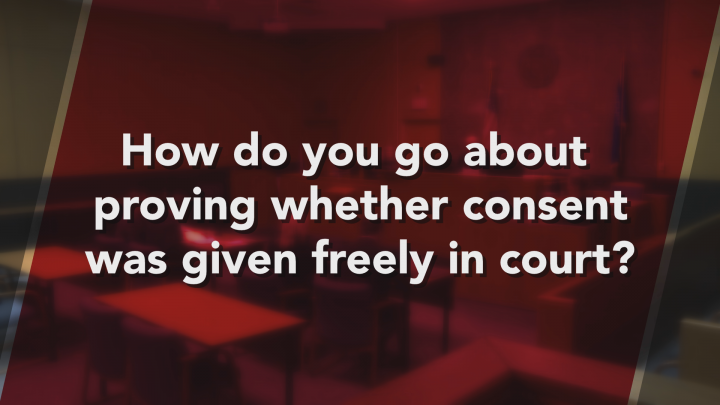 Proving consent was freely given

WAUSAU, Wis. (WSAW) -- If defining consent is difficult, or if you consider it a gray area, experts in central Wisconsin say you don't know what consent truly means.

For at least 10 years, each semester the Women's Community sends Kimberly Pufahl, their Sexual Assault Victims Program Family Advocate into Wausau area health classes for a week to teach high school students about healthy relationships and how to protect themselves from child predators.

7 Investigates sat in for two class periods at Wausau West as the students discussed consent. Pufahl told them a true story about a sexual assault of a Wausau area student from about 10 years ago and asked the students to decide who was responsible for what happened. Names and identifying details have been changed.

Here's the scenario:
So, Jenny is a sophomore in high school and she and her friends decide to go to a party at Ken’s house on Saturday night. Jenny and her friends are a little nervous to go since mostly seniors are going to be there and this is the first party of the year they decided to go to.

When they get to Ken’s, the party is in full force; there’s plenty of beer to go around, so Jenny and her friends decide to have a beer as soon as they arrive. Shortly after they arrive, a senior guy, Eric, comes up to start talking to Jenny.

Jenny always thought that Eric was really cute, so she’s pretty flattered that he’s paying attention to her. He was quick to offer her a beer as soon as he saw that she had finished her first one. After being at the party for about an hour and a half, Jenny realized she was feeling the effects of the beers that, so she decided not to have anymore.

A little bit later in the evening, Eric suggested they go outside to keep talking since the party was pretty loud. So they took a walk down the driveway and then ended up sitting outside on the lawn not too far from the house. Eric brought some beers with him on their walk and offered one to Jenny when they sat down, which she refused.

Soon Eric was complimenting Jenny on how good she looked and how much she’d grown up since freshman year. They lay back in the grass to look up at the stars and Jenny was enjoying Eric’s attention. She was even wondering what it might be like to kiss him, but she wouldn’t have to wonder for very long since Eric reached over and kissed her pretty passionately.

Soon Eric’s hands started moving from Jenny’s face to her breasts and she wasn’t comfortable with how fast he was going, so she sat up and started talking about school and sports to change the subject. She also decided to have one of the beers Eric brought with them since she thought that would further slow things down.

After a little bit more talking, Eric started kissing Jenny again and this time pulled her down on the ground and climbed on top of her. Jenny was telling him to wait and slow down, but he didn’t seem to be listening. She remembers saying “no, Eric don’t,” but the next thing that Jenny knew, Eric had pulled her skirt up, pulled her underwear off, and was having sex with her.

Students had to choose whether it was "all Eric, mostly Eric, half Eric half Jenny, mostly Jenny, and all Jenny('s)," responsibility. The students overall took the scenario seriously. Both classes responded differently, with one class spreading their stances across those areas, while the other was split between the "half Eric half Jenny" and "all Eric" side.

"It's always a wide range of reactions," Pufahl said.

Some students on the "mostly Jenny" side made assumptions about Eric, "She knew he was a prep. She knew he was drunk," one student said, both of which the story did not indicate.

Students down the middle looked at actions on both sides. "She also chose to go to the party. She also chose to be alone with him," one student said. "But it was also Eric's fault because he did a lot of inappropriate stuff without her consent."

Then there were those on the "mostly Eric" and "all Eric" side, "If she said stop, then he should clearly stop."

What many of the students focused on was Jenny's choice to drink underage, while illegal, it does not give someone the right to assault another. There is also a Sexual Assault Victim Amnesty Law in Wisconsin that encourages victims and witnesses to report assaults without getting in trouble for crimes they may have committed while being assaulted or witnessing an assault.

Some students on the "mostly Jenny" side also said she should have walked away or fought him off. "We as a culture really focus on blaming the victim," Pufahl told students. "Why was she at the party? Why was she drinking? What was she wearing? What did she say?"

Pufahl said people often don't look at the perpetrator's actions. "Eric had someone tell him 'no' and he still felt entitled to continue and force himself on someone."

While Pufahl admits, not all of Jenny's actions were the smartest, rape is not justified. That's like saying leaving your house unlocked gives others the right to walk in and burglarize your home.

"The presumption is that nobody wants to be having sexual intercourse or contact unless they give some indication that they do," Marathon County District Attorney Theresa Wetzstoen told 7 Investigates.

Pufahl also played a video at the end of the class that Wetzstoen told 7 Investigates explains consent very well. Instead of using consent for sex, the video puts the concept of consent in terms of making someone a cup of tea.

Inside a child forensic interview

Inside a child forensic interview