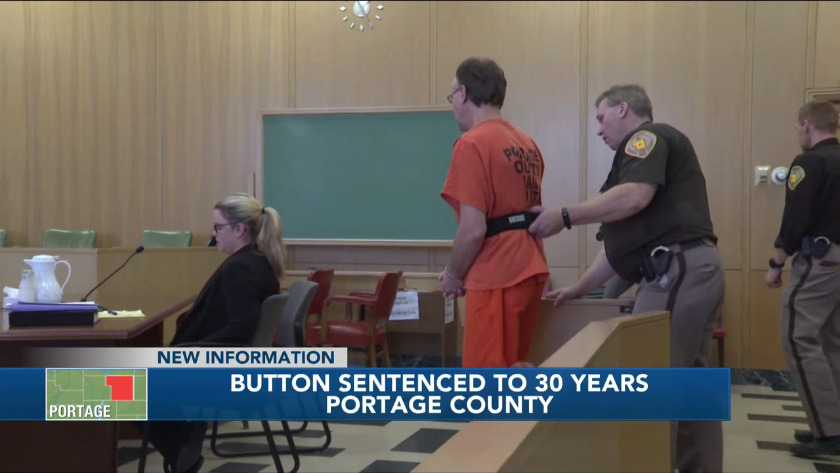 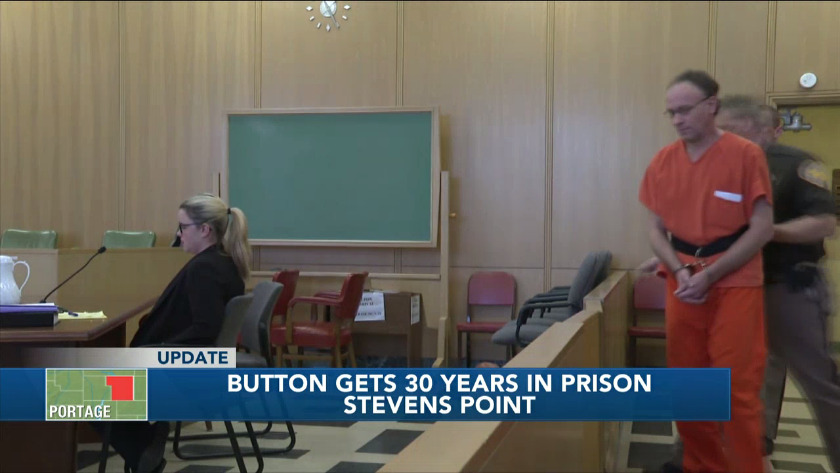 STEVENS POINT, Wis. (WSAW) -- The 44-year-old child sex offender accused of evading law enforcement while living in a bunker in the woods will spend 30 years in prison.

Jeremiah Button spoke Thursday at his sentencing hearing, telling the court he doesn't have words to express how sorry he is. Button was convicted of sexually assaulting a child, his daughter, for several years; starting when the victim was 5-years-old. He was sentenced on Thursday to 25 years of prison for repeated first-degree child sexual assault, and 5 years of prison for possession of child pornography.

Last month, Jeremiah Button pleaded guilty to two felonies related to a 2014 child sexual assault case. The hearing took place in Portage County-- the county were the assaults took place. He was found in a bunker in Ringle near the Marathon County Landfill in August.

Button disappeared two weeks before his trial in 2016. He had been out on a $25,000 cash bond for about a year and a half when he vanished.

Button's victim gave a victim's impact statement in court Thursday, saying she had struggled for two years with suicidal thoughts. “He had assaulted me in every room of the house," she said, explaining how she had never felt safe at home. She said she fears for the safety of herself, her family, and other girls once he's out of prison

"People will say this made me stronger. But I didn't need to be stronger. I needed to be safe." Audible sobs could be heard throughout the courtroom as she spoke. "I will not have to live in fear of him. And so when you sentence him to prison, imagine you're sentencing me to life. So how long do I have?" She asked, her voice breaking.

Button's sister and niece both spoke in support of a lenient sentence, saying Button had done good things in his life and that he needed treatment. "My uncle has been nothing but a great influence in my life." His niece said he taught her how to fish and camp. She continued by saying he punished himself by being in the bunker.

"This was one of the most serious sexual assaults of a child in my time as district attorney," Molepske noted. "As this defendant admitted, he can't keep his hands off children." Molepske said he was pleased with the sentencing results, and that he believed the sentence would keep the community safe.

Portage County judge Thomas Eagon, who presided over the sentencing, said he had considered a sentence longer than Molepske's recommendation. "Every child has a right to a safe place, and to feel safe in the home of their parent," Eagon told Button.

"You deprived her of that."

Button will be 74 when he's released from prison. He'll then spend 30 years on extended supervision, and the rest of his life under supervision as a registered sex offender. During the hearing, he said his intent when he vanished to the bunker was to die, and that he hated himself for what he had done.

Bunker fugitive's victim shares her story: 'He took away my childhood': Click here