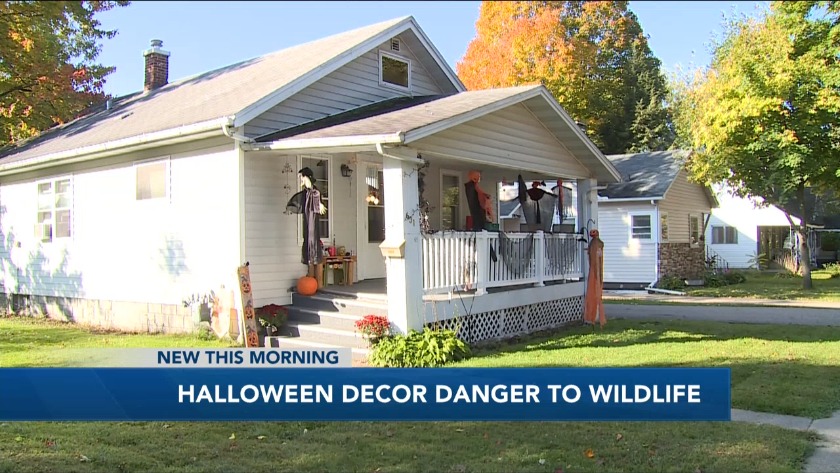 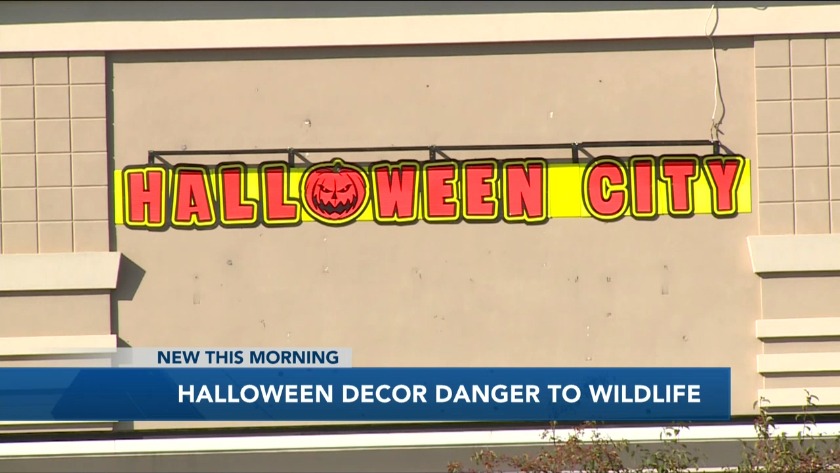 WAUSAU, Wis. (WSAW) Animal care experts are sounding the alarm over Halloween decoration which can be dangerous for wildlife. The item experts are most warning of is the fake spider webbing often placed outside of homes.

The material is easy for animals, especially birds, to get caught or tangled in. Director of Rehabilitation Mark Naniot said, there's a way to display the webbing while still keeping wild animals out of harm’s way.

"Be more aware of where the decorations are being placed so it's not in a flyway or in between trees where birds might be going" he said.

As an alternative, webbing can be displayed against a solid backing or hung from the interior of a home like an entry way or an enclosed front entrance.

However the webbing isn't the only decoration with a cause for concern. Animal experts also advise to avoid decorations with small edible looking parts and decorations with loops or closed circles. Both could cause an animal to choke.

Carved pumpkins may attract wildlife. While pumpkins aren't considered harmful, it could to additional trouble if hazardous item is placed nearby. It could also cause a pest problem for the home owner or renter.

Reports of animals caught in Halloween decorations or even killed by them are not uncommon across the country. In North Central Wisconsin, the occurrence would be something new for Naniot's rehab center.

"Luckily we have not had a Halloween decorations incident. I've heard of other rehab centers who have encountered it so it does happen" he said.

For Naniot, the precautionary warnings are valid and an extra opportunity to remind the community to be conscious of waste year round. Specifically he recommended, people wishing to protect wildlife to be careful of yogurt containers and peanut butter jars.

Those containers are easy for animals to get their head stuck inside. Crush them before disposing of them to prevent an animal's injury or death.

When in doubt animal care experts say you can follow this rule: If it dangles or tangles, it can be hazardous to animals.

Spruce your home up for summer with simple, budget-friendly upgrades