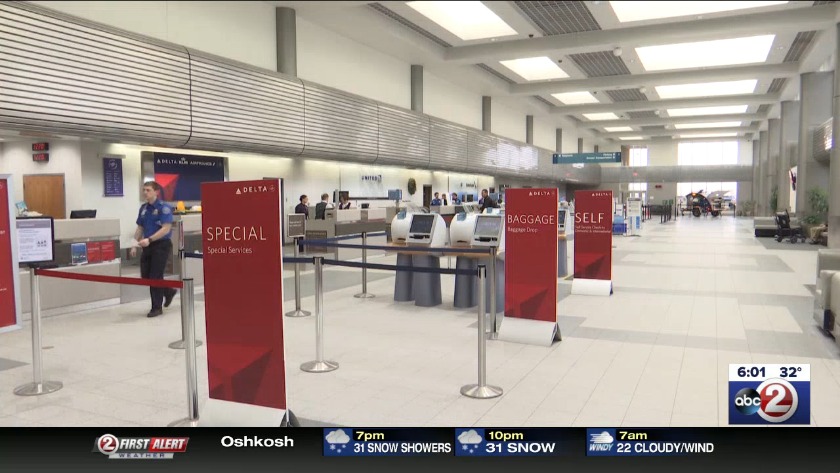 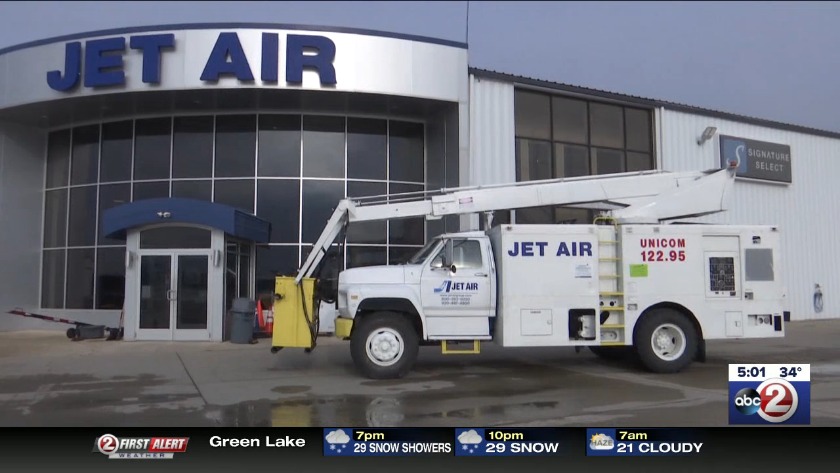 Jet Air Group CEO Alan Timmerman walks through one of the hangars on-site to point out three different kinds of in-flight de-icing systems on aircraft that could be useful in the coming days.

"You want to avoid icing at all costs," said Timmerman.

Both Jet Air Group and Green Bay Austin Straubel International Airport are taking extra precautions because of the forecasted storm.

"All of our equipment is ready, fully-loaded with all of our sand and runway de-icer," said Marty Piette, director of Green Bay Austin Straubel International Airport. "We are going to give our crews a little bit of a rest before the storm hits and then ready to tackle it when it gets here."

"We've got about 120,000 sq. ft. of hangar space, heated hangar space. So, that's the easiest way not to ice up your airplane," said Timmerman. "Keep it in a nice warm hangar."

However, Timmerman tells Action 2 News reservations for indoor space come in as early as the beginning of the football season for playoff weekends.

"If we run out of room like for the playoff game, and the aircraft has to sit outside, and there's snow or rain or whatever, then we have to de-ice the aircraft," said Timmerman.

The job requires crews to use two de-icing trucks. One of them is filled with 1,500 gallons of de-icing fluid.

"The aircraft will come right through the two de-icers and will de-ice each side of the aircraft, and the aircraft can get right in line for takeoff then," said Timmerman.

With traffic and possible winter weather, those flying this weekend are being told to expect some delays.

"Have fun, number one, and be patient," said Piette.

"Excitement. A lot of people, a lot of planes, and a lot of fun," said Timmerman.

Crews at scene of shed fire north of Wausau

More than $90,000 raised in deer hide donations for children with disabilities

Crews at scene of shed fire north of Wausau

More than $90,000 raised in deer hide donations for children with disabilities