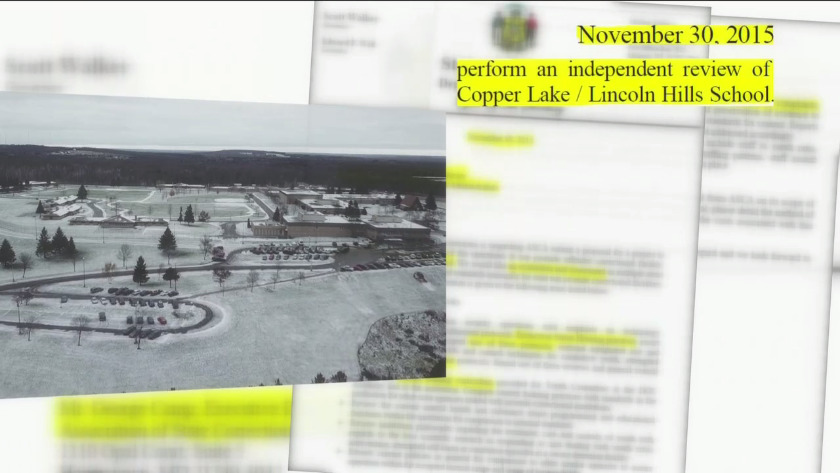 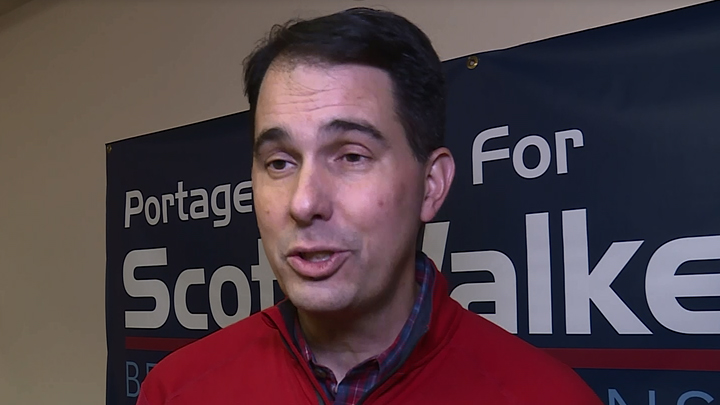 MADISON, Wis. (WSAW) -- New emails, obtained after months of records requests by 7 Investigates, call into further question the answer Gov. Scott Walker has given about the former head of a national prison organization saying the governor’s staff ordered former corrections secretary Ed Wall to stop an independent Lincoln Hills review as reports of inmate abuse and staff attacks were about to become public in 2015.

The emails, written two weeks before Gov. Walker said he was learning about the Lincoln Hills’ crisis for the first time, show then-Corrections Secretary Ed Wall telling state Justice Department leaders he was attempting to obtain the independent review.

“We are arranging to have an outside agency with experience in the operation of juvenile facilities come in to do an assessment of the institution, security operations, policies, training, report structures, complaints and staffing,” Wall wrote on Nov. 18, 2015.

As 7 Investigates first reported, the retired executive director of the national non-profit Association of State Correctional Administrators, George Camp, confirmed Wall had sent him a copy of the letter dated two days before Gov. Walker said he was first learning about the youth prison scandal on Dec. 2, 2015, and was ordering Wall to take “aggressive action.”

Camp said shortly after receiving the letter, Wall called him saying Walker's staff had instructed wall to cancel the request.

"As I recall it was a very short conversation. He just conveyed to me that the governor's office had decided not to go forward with the review. At least at this time. He didn't mention any names," Camp said.

The copy of Wall’s letter to Camp is dated a full two weeks, instead of just two days before Walker’s December 2015 statement, as the previous copy of the letter 7 Investigates had obtained showed.

At an Oct. 27 Plover campaign event, 7 Investigates asked Gov. Walker if he had cancelled the review.

“I did not,” Gov. Walker’s said, going on to be asked by 7 Investigates if any members of his administration did, as Wall has claimed.

“To my knowledge, no,” Gov. Walker responded.

“Have you investigated that at all?” 7 Investigates asked.

“No,” Gov. Walker responded, focusing the rest of his answer on legislation passed this year. Which will close the troubled Irma youth prisons by 2021, replacing them with new, regional youth prisons that Walker said will focus on rehabilitation, on substance abuse and mental health problems.”

As 7 investigates has previously reported documents show one of the governor’s main aides in 2012, Alex Ignatowski, received a letter from Racine County Judge Richard Kruel expressed shock over the treatment of a Racine County juvenile housed at Lincoln Hills, and held onto that document for more than one month.

Judge Kruel’s letter to Gov. Walker was written one year after the governor’s 2011 budget closed most of the state’s youth prisons, causing all of the state’s juvenile offenders to be moved to the Lincoln Hills/Copper Lake Schools in Irma. Opponents of the move have argued this decision led to years of problems inside the youth prisons, including inmate and staff injuries, under Walker’s leadership.

7 INVESTIGATES : You have personally said you did not order a cancelation of the independent review into Lincoln Hills?

7 INVESTIGATES: You did not? And no one on your staff did, as well?

GOV. WALKER: To my knowledge, no.

7 INVESTIGATES: Have you Investigated that at all.

GOV WALKER: No. But the bottom line is, for us, in the state of Wisconsin, for decades, long before I was here, Wisconsin housed serious juvenile offenders in large scale facilities. Often times far away from the homes of where the offenders were at. We brought together Republicans and Democrats. Looked at best practices from across the nation. And we changed the model.

So for us, it’s worth looking backwards. It’s about looking forward.

We put in place a plan that will now have instead of one or two large skill facilities. It will have multiple smaller homes all across the state, on a regional basis. They’ll be focused on looking at things like substance abuse, mental health treatment. And overall rehabilitation.

That’s a good example of something we did that was bipartisan. We brought Democrats and Republicans together.