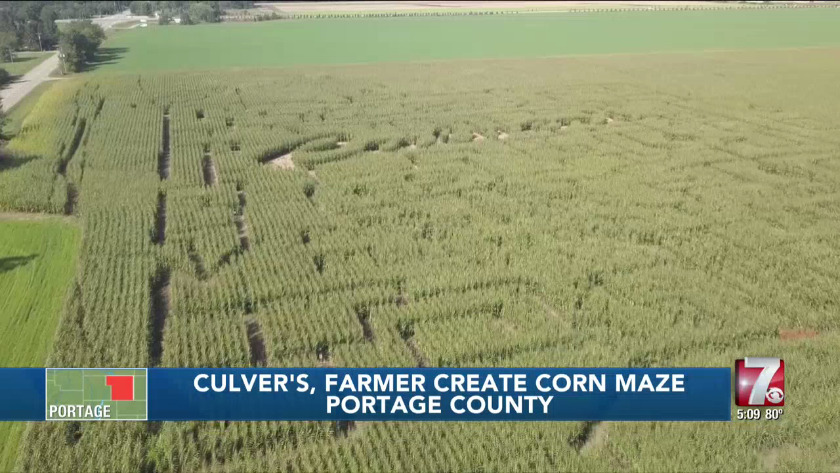 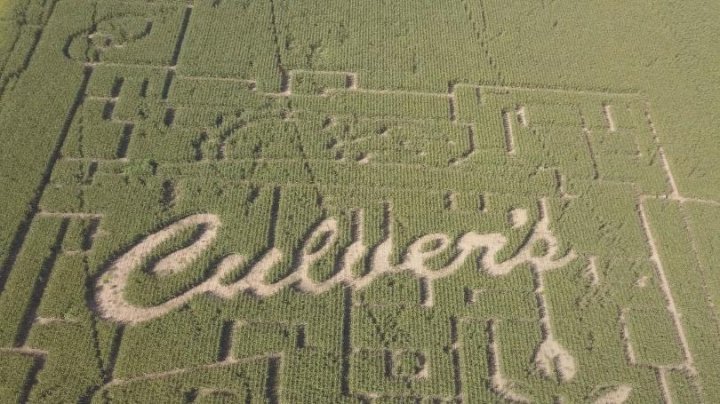 PORTAGE COUNTY, Wis. (WSAW) -- The Culver's Corn Maze at Feltz's Dairy covers almost 10 acres and was created using state of the art technology. It's the only Culver's maze in the country this year. "The maze was actually planted the way it is this year. So we really didn't have to do any mowing. A lot of mazes will just plant a corn field and mow it after it is planted. This year we created the designed in a computer program and then it was planted with a tractor with GPS," explained Jake Feltz of Feltz's Dairy.

The maze is part of a program from Culver's called Thank You Farmers which in part recognizes farmers but also encourages smart farming and supports FFA chapters throughout the country. "They've raised over 2-million dollars since they started this program for the future of farming. Culver's really wants to find a way to grow more food, more sustainably and keep using technology to feed more people on less land," said Feltz.

It's been taking people anywhere from a half hour to almost two hours to figure out the maze. But don't worry there is a short cut so people with younger kids can do 3 acres. "It's been good for all ages. We've had all sorts of ages and people. The longer option is more fun for older kids and adults and shorter option works really well for the younger kids," said Feltz.

The maze just opened this week and has been drawing people from all over. "We actually saw it on TV and saw an overhead picture of it and thought wow that is something we need to go and check out with our grandson," said Bob Boggs, visiting from Wisconsin Rapids with grandson.

On October 5 Culver's will be out selling frozen custard for a $1 with all proceeds benefiting a local FFA chapter. Then later in October the maze will become haunted and run through Halloween.