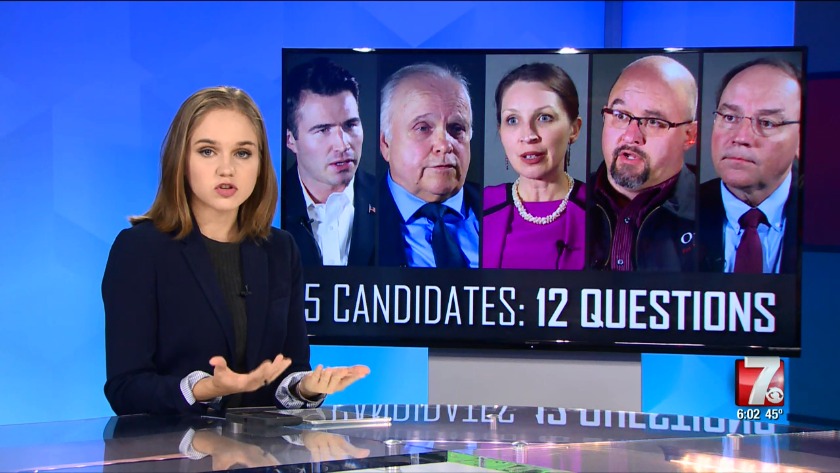 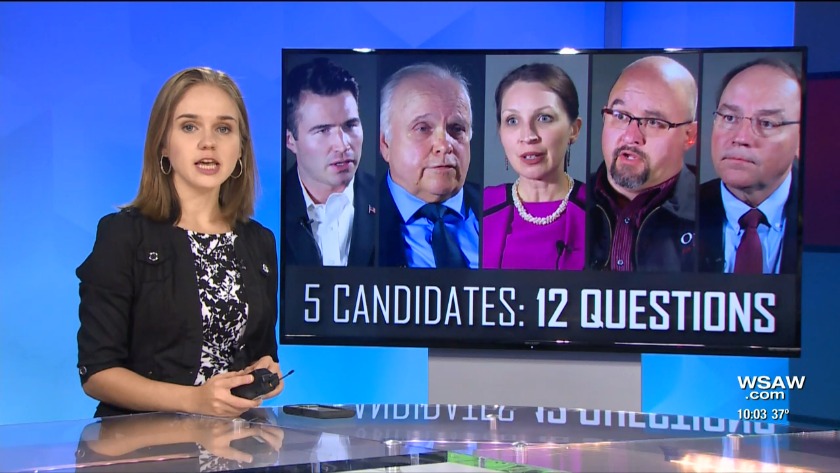 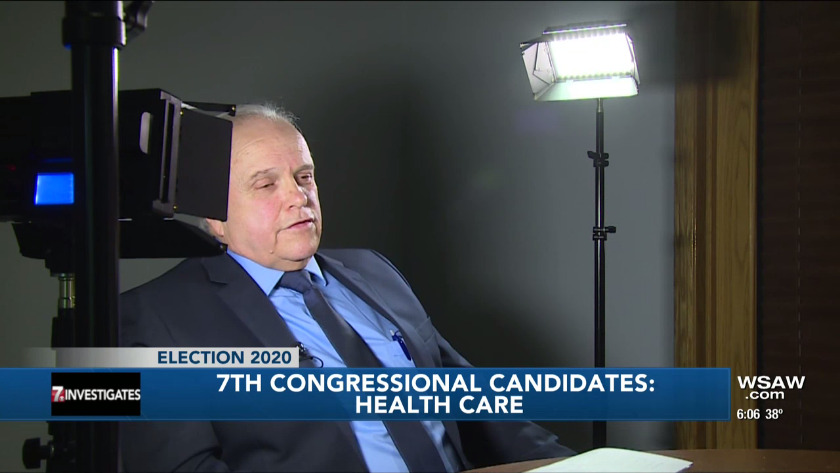 VIDEO: 5 Candidates, 12 Questions: About the Project

WAUSAU, Wis. (WSAW) -- 7 Investigates sat down with all the current 7th Congressional Candidates to get their views on key political issues like tariffs, dairy farms, the economy, health care, national debt, Syria, immigration, the environment, and more.

7 Investigates conducted studio interviews with each of the 7th Congressional District candidates between October 16 and 21, asking the same set of twelve issue and platform-based questions to each candidate, which at the time included three Republicans and two Democrats. The ballots have since been narrowed to two Republicans; see note below.

4 Candidates: 12 Questions is a project designed to place the viewpoints of each Congressional candidate side by side in a format that gives voters the opportunity to get their position on key political issues that candidates could be expected to vote on if elected to Congress, as well as their viewpoint on current national headlines.

Candidates were not provided the questions in advance, but were provided the rules and scope of the project, which included reserving the right to re-ask or follow up on a question if the interviewer felt the candidate had not directly responded to the question. This occurred a few times in each interview, and is reflected in the interview transcripts. Candidates were not provided with a time limit on questions, but were asked to keep their answers brief.

To be included, candidates had to have a semblance of a campaign, such as party affiliation, FEC registration, and websites. The responses have not been fact-checked, but have been included in their full original context. The two questions and answers that aired in October 24th’s 6 and 10p.m. newscasts were edited for brevity.

All of the interviews were conducted at the WSAW studio, and no questions were added once the first interview was conducted shortly after finishing the set of questions. A couple of minor errors arose during the project, the most significant of which involved the final question, which failed to include in its original (now updated) wording that the candidates are currently only running for a six-month term. The question’s intent (What single thing do you want to have accomplished by the end of a full 2-year term?) was to get the candidate’s long-term goals if re-elected to a full Congressional term, and this was explained to the candidates. Another issue was that, through human error, state senator Tom Tiffany was not asked one of the 12 questions on camera. Once the mistake was discovered, his campaign was given the options of returning to the studio to answer the question on camera or issuing a written response. He chose the latter.

This project was inspired and closely modeled after the New York Times “18 Questions. 21 Candidates. Here’s What They Said” project with 21 Democratic presidential candidates, published in June of this year.

Governor Tony Evers has set special election dates of February 18 (primary) and May 12 (general special election) for the 7th Congressional district, after Republican representative Sean Duffy stepped down September 23, citing complications with the upcoming birth of his ninth child.

Any candidate winning Wisconsin's 7th Congressional seat in the Spring would have about six months before needing to win the seat again in the November general election.

This project was completed last October, before ballots were set for the election. Michael Opela did not collect enough signatures to earn a spot on the Republican primary ballot, and while he has since announced he will run as a write-in, we have removed his interview from the list below to avoid ballot confusion. He will still appear in the videos attached to this story, due to their original airdate in October.