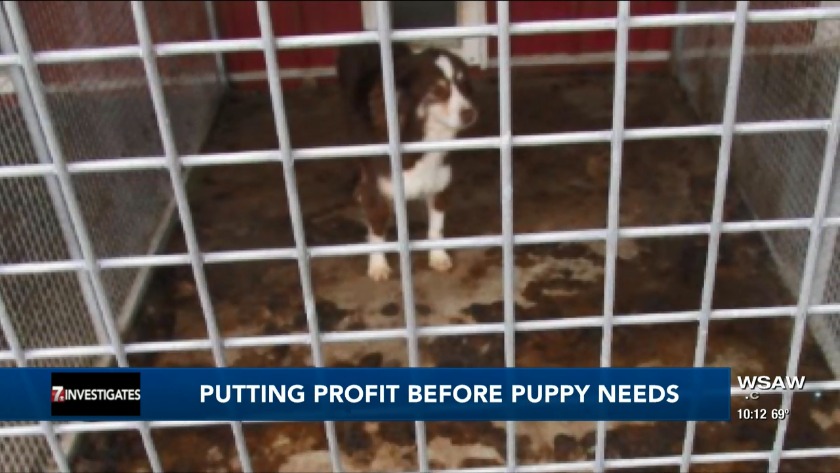 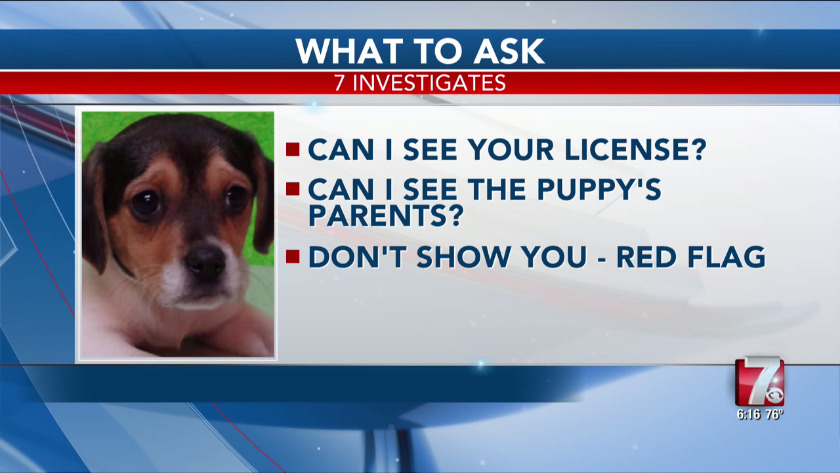 Tips on how to buy a dog from a reputable breeder

(WSAW) -- "Buying a dog from a puppy mill is not rescue that is simply giving money to a puppy mill in exchange for a puppy that's no different than going and buying a puppy mill dog in a pet store," John Goodwin of the Humane Society of the United States and senior director of the Stop Puppy Mills Campaign said.

The HSUS, in partnership with the pet industry, defines a 'puppy mill' as a dog breeding and selling operation where making a profit is prioritized ahead of the basic emotional and physical needs of the animal. It is legal to breed and sell dogs, but determining whether the breeder or seller has that ill-intent is often up to the buyer to decide.

Goodwin spoke with 7 Investigates after HSUS released its seventh annual Horrible Hundred list. It's a list of 100 of some of the worst puppy mills and dog sellers from around the country. Goodwin said it is not a list of the top 100 worst because some states are better than others at inspecting sellers, with the true worst often operating out of plain sight.

He said Wisconsin is a better enforcer of humane breeders and sellers "than a lot of other states," but there were still several Wisconsin sellers listed including two from central Wisconsin.

Adam and Suzannah Helman are licensed dog sellers in Edgar with the Wisconsin Department of Trade and Consumer Protection and US Department of Agriculture. According to the state inspection report, in February during a routine inspection, dogs kept outside were found to have insufficient shelter in an old chicken coop while temperatures were below freezing.

A pregnant dog was among those outside at the time and the inspector discovered dead, frozen newborn puppies. 7 Investigates was able to reach Adam Helman to ask for comment, but he said his wife was the one who managed the business. We did not hear back from her, but in the report, they said they didn't think the mother was going to have puppies for another two weeks.

Mapleview Kennels in Loyal is the other central Wisconsin seller named in the list. The kennel lost its state and federal license last fiscal year after repeated violations over the last three years. Those include matted dogs, dogs running into the road (which 7 Investigates experienced as well), dogs escaping kennels, and overcrowding among other violations.

7 Investigates reached out to Kim and Glenn Gostomski over the phone and they agreed to share their side, but would not allow us on the property to see the kennels.

"She doesn't really like to let people go into her kennels and stuff," Glenn Gostomski explained, "I mean, it's-- especially if they've seen other people's kennels."

They said their experience with their inspector, Colin Benell, pushed them to the point they no longer wanted to be licensed sellers. They said he was "nick picky." Kim expressed she feared even going to the grocery store in case he would find that no one was home looking after the dogs.

One specific instance they both brought up was a violation of empty water bowls. They said they were in the process of cleaning them and going through their routine when the inspector dropped by. They said many of their violations happened in a similar fashion and the almost immediately came back into compliance either during or following the inspection.

According to Benell's report from May, 2017, "Gostomski stated that the dogs had been provided with sufficient water the previous evening. It’s unclear how much water was available to dogs within their containers throughout the day and whether the explanation provided is plausible. Dogs were not given any additional water from the previous evening until after the inspection concluded at approximately 3:00 pm. The weather on the date of the inspection was warm and sunny; with a high temperature of approximately 80°F."

Regarding the matted fur, Kim Gostomski said she refused to groom dogs during the winter because they need it to stay warm. She also said this to the inspector every time she was cited for the offense despite Benell telling her matted fur can cause discomfort, pain, and make it difficult for the dog to retain heat. She said she does shave them in the spring when it warms up.

In explaining the dogs in the road she said, "I've got 5-6 dogs that are always, you know, they're my buddies, they're my pets. They're not even in the kennels and I will let dogs out of my kennels and 'oh my god, you can't have dogs running at large, blah, blah, blah.'"

The dog seller and breeder of 30 years said she considers her dogs like her children and she has many happy buyers who tell her they will only purchase from her.

Mapleview Kennels websites are still up and Kim Gostomski said she plans to leave them there. She said she won't sell more than 24 dogs within a fiscal year, which is the threshold for a seller or breeder to legally be required to be licensed by the state.

Going beyond the two sellers listed in the Horrible Hundred, 7 Investigates obtained more than 2,000 of pages of DATCP violation reports from dog sellers and breeders in central Wisconsin. Most reports were citing sellers licensed by the state, though inspectors monitor ads posted around the internet and through complaints, sometimes finding unlicensed sellers who legally require a license to sell.

Largely, those who receive citations correct them within the required time. In the handbook for inspectors, they work on the assumption that sellers and breeders are not trying to be out of compliance with the law. So inspectors work with them to get them back into compliance, which is why it takes repeat violations and potentially years before a seller loses their license.

Leeann Duwe, DATCP public information officer said the CVI is an important document because it give a medical history of the puppy and provides some insight into how the puppy was cared for. She said it is among the list of information and questions buyers need to be asking for when researching sellers. If they refuse to give you any of the information, Duwe said that's a red flag.

Goodwin said another tactic sellers often use to look more credible is by strongly advertising that they are American Kennel Club certified. However, that certification tracks pedigree, not how the dogs were treated and cared for.

Getting the license number of the seller or breeder is another good step in the researching process, but while licensed sellers are listed on DATCP's site, their violations take a records request to obtain.

About 200 households suing large farms in Wood and Juneau counties

About 200 households suing large farms in Wood and Juneau counties